TORONTO — Canadians got on board with their sports champions this year, and data collected by Google suggests the nation became curious to learn more about those athletes than any other person. Former Raptors superstar Kawhi Leonard and U.S.
Dec 11, 2019 7:00 AM By: Canadian Press 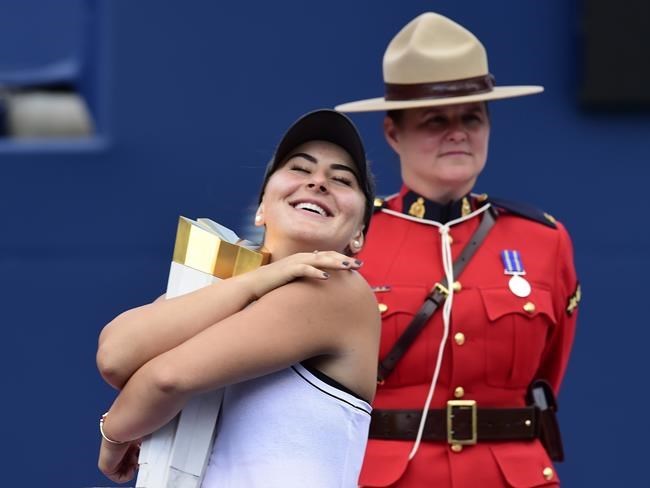 TORONTO — Canadians got on board with their sports champions this year, and data collected by Google suggests the nation became curious to learn more about those athletes than any other person.

Former Raptors superstar Kawhi Leonard and U.S. Open winner Bianca Andreescu were named Canada's top trending people of 2019 in Google's annual Year in Search list released Wednesday. Leonard was No. 1 on the list while Andreescu was second, making her the top trending Canadian of the past 12 months.

Alexandra Hunnings Klein, a communication and public affairs professional at Google Canada, said those trends indicate a "shift in perception" in how Canadians are seeing their sports stars.

"Bianca really burst onto the broader Canadian consciousness this year and her success was so incredible and so inspirational," Hunnings Klein said. "And the Raptors winning was this wonderful uniting moment as well that really brought the country together and really drew attention to us as a nation of athletes.

"I'm not saying we weren't one before this but these two moments I think pushed us beyond having sports programs worth noting to having the sort of equivalent to Drake on a global scale, where there's no introduction needed.

"We (Canadians) are now seeing ourselves through a competitive lens and the data demonstrates that."

Andreescu's search popularity began rising considerably when she beat Serena Williams to win the Rogers Cup in Toronto in August, and spiked further the next month when she topped Williams again at the U.S. Open to become the first Canadian to win a singles Grand Slam title.

Andreescu and Leonard were at or near the top of each of the lists unveiled Wednesday — top trending people, top trending searches, top trending news topics — but that doesn't mean they were the most searched.

"The reason it's called trending is it indicates a new rise in searches over the year," she said.

"You'll see that for example Justin Trudeau or Donald Trump isn't at the top of that list and the reason for that is they're always top searches. Trending is comparative, anonymized aggregated data and essentially what that means is Kawhi Leonard and Bianca Andreescu spiked in searches this year.

"If you made this list it indicates there's a base level of interest in what you're doing in Canada. And it's anonymized because we don't know who is searching, we just know there's a mass amount of searches around a certain topic."

Hunnings Klein said Canadians wanted to know everything about Andreescu from her age (19) to her hometown (Mississauga, Ont.) to her dog's name (Coco).

There were also plenty of questions about the game of tennis itself and Hunnings Klein said the trends depicted a fan base that became enamoured with Andreescu's stardom and personality.

"I think it's absolutely fair to say Bianca attracted non-sports fans because we saw such high volume of search interest that it would only make sense it was Canadians at large with different (levels) of interest in sports," Hunnings Klein said. "Tennis fans are probably not going to be asking the fundamental questions about the game.

"She's become a persona and I think that's reflected through search."

Canadian Google users treated Leonard the same way, with general interest spiking towards basketball in a way that could be correlated to his success in Toronto.

The question 'who won the Raptors game?' was the second most popular 'who' question of the year — the first was 'who should I vote for?' — while 'who invented basketball' was No. 6.

"Kawhi Leonard, after his buzzer-beater shot in the (Eastern Conference) semifinals, he was searched worldwide 90 per cent more than he was before. There was incredible interest in that moment," Hunnings Klein said.

"And there were all kinds of questions we saw surrounding basketball, everything that might seem mundane to a serious fan — how many fouls do you need to foul out, how many games are in the playoffs — to really more deeper questions about the game."

Google also provided "trending moments" from the last decade in its annual analysis.

While that list included the Raptors winning the NBA Championship and Andreescu's rise to No. 4 in the WTA, it also included Colonel Chris Hadfield becoming the first Canadian to command a spaceship, Justin Bieber becoming the most subscribed to artist on YouTube, and the 2010 Vancouver Olympics, with Joannie Rochette's figure skating bronze medal the top trending search during those Games, according to Google's data.

"The conversation around Vancouver was how is Canada going to become internationally recognized as a sporting nation through the Olympics?" Hunnings Klein said. "Then fast forward to 2019 and we have Bianca and the Raptors and this incredible athletic presence on the global stage."

"We saw sports figures in the top 5 (trending people in Canada)," she added. "I think we searched for champions this year and we searched for questions unabashedly through that lens."

This report by The Canadian Press was first published Dec. 11, 2019.