OTTAWA — Ralph Thomas can't recall any specific incidents of racism against him while growing up as a Black person in New Brunswick in the 1940s and '50s, but says that was more about the rural community where he lived and not because it didn't exist
Jul 1, 2020 6:00 AM By: Canadian Press 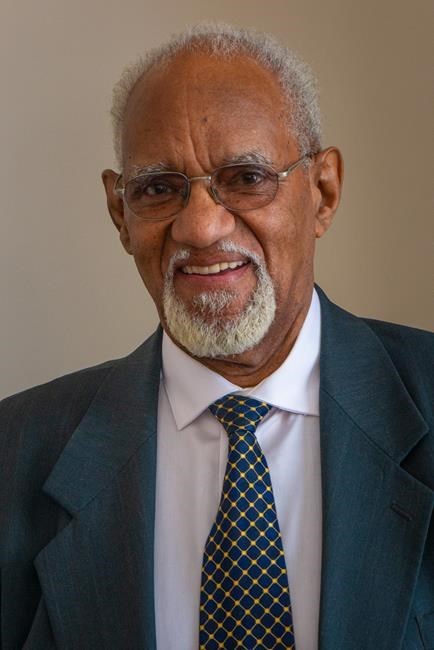 OTTAWA — Ralph Thomas can't recall any specific incidents of racism against him while growing up as a Black person in New Brunswick in the 1940s and '50s, but says that was more about the rural community where he lived and not because it didn't exist.

"We protected each other, and I grew up in a white community," says Thomas, of his upbringing in Willow Grove, about 25 kilometres east of Saint John, N.B.

"But my brother and my sister grew up in the city, which was 16 miles from where I grew up, and it was a big difference because they were not allowed to go into certain restaurants or the Admiral Beatty Hotel."

Decades later, Thomas says racism still exists in New Brunswick and the rest of Canada. But the 82-year-old also sees change coming with the recent Black Lives Matter movement and societal focus on system racism — a development he finds unsurprising.

Thomas has been president since 1997 of an advocacy and service group called Pride and Race, Unity and Dignity through Education, or PRUDE Inc., which works with the Black community as well as other visible minorities and newcomers in Saint John.

It's one of many roles — along with having co-founded the New Brunswick Black History Society and serving as an ambassador for the province's Sports Hall of Fame — for which Thomas is being awarded the Sovereign's Medal for Volunteers.

It's also one of many in which he has sought to eliminate racism and foster diversity and inclusion in the community — a mission that appears to have gotten a boost when hundreds of Saint John residents of backgrounds turned out for a Black Lives Matter rally on June 14.

"I had expected us to see great change," says Thomas, who spent his early years in amateur and professional boxing, where he earned the nickname Tiger.

"It was outstanding," he says of the rally. "It was wonderful to see. It was a great example of people standing up and they're just not going to settle for any of this racial discrimination. ...  And yes, it is going to change."

Gov. Gen. Julie Payette announced Thomas as one of 123 Canadians who are being recognized for their skills, courage or dedication to service by receiving a decoration for bravery, a meritorious service decoration or the volunteer medal.

The list of "remarkable Canadians" released Wednesday was in lieu of the traditional Canada Day announcement of new Order of Canada members. A spokesperson for Payette said the COVID-19 pandemic prevented members of the Order of Canada advisory panel from meeting.

Among those honoured for their bravery are five people who tried to stop a gunman who opened fire inside a Quebec City mosque on Jan. 29, 2017. Six people were killed in the attack, including Azzedine Soufiane, who was killed after trying to stop the attacker.

Soufiane is being awarded the Star of Courage, the second-highest award for bravery in Canada after the Cross of Valour. Four survivors of the attack — Said Akjour, Hakim Chambaz, Aymen Derbali and Mohamed Khabar — are among 13 people receiving the Medal of Bravery.

Another 21 people are receiving the Meritorious Service Cross, including Jonathan Pitre, the 17-year-old known as the "Butterfly Boy," for raising awareness about his life with a rare debilitating skin disorder called epidermolysis bullosa before he died in April 2018.

Pitre's mother Tina Boileau is among 40 being awarded the Meritorious Service Medal.

This report by The Canadian Press was first published July 1, 2020.

Quebec raises alert levels in large cities, Ontario declares second COVID-19 wave
Sep 28, 2020 7:10 PM
Comments
We welcome your feedback and encourage you to share your thoughts. We ask that you be respectful of others and their points of view, refrain from personal attacks and stay on topic. To learn about our commenting policies and how we moderate, please read our Community Guidelines.