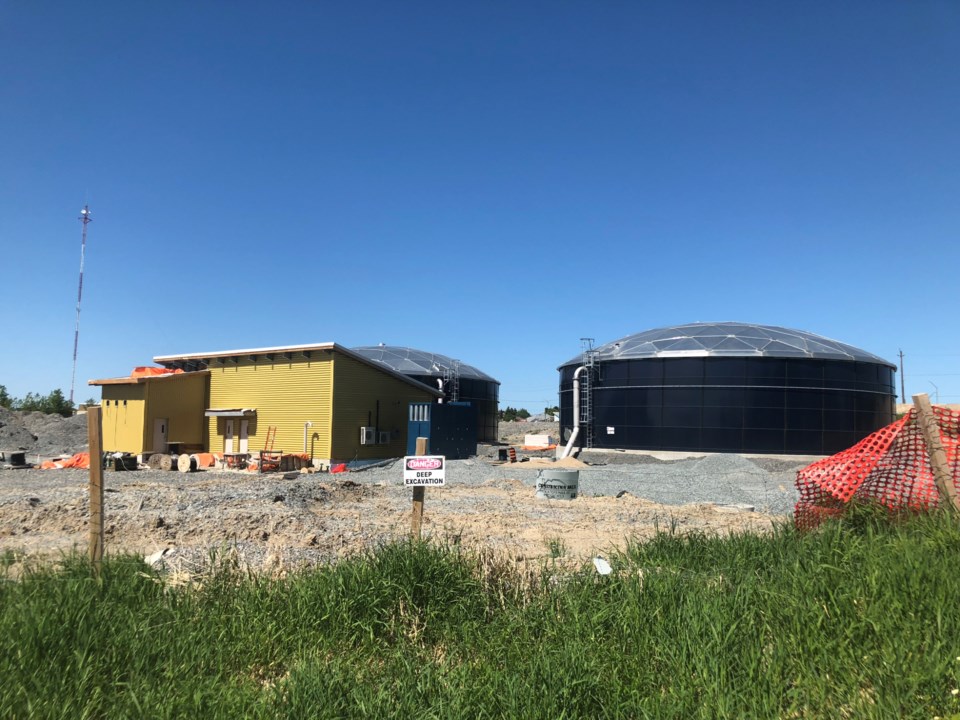 Work on the Whitney Pumping Station 4 started in 2014. Maija Hoggett/TimminsToday

The pricetag for upgrades to the Whitney-Tisdale sanitary sewer system is more than expected.

Recently, Timmins council heard an update on the two-phase project to remediate the system servicing Porcupine and South Porcupine.

While CAO Dave Landers didn't have an exact number, he said the project will "push past" the original estimate.

"The degree to which we will I can’t say at this point in time,” he told council.

A staff report outlining the additional anticipated costs, totals up to about $5.6 million for work at Pumping Station 4. The biggest cost is $3 million for stabilization of the pump station structure and remediation, followed by $1.6 million for a claim by North America Construction related to soil issues. The other costs are for geotechnical engineering/monitoring, engineering, and contract management and supervision.

Landers said the estimate does not include the ongoing legal costs.

For the remediation project, work on phase one — building Pumping Station 4 and installing two stormwater equalization tanks at a site on Highway 101 just east of the Whitney Arena — started in 2014.

Ground-settling and legal issues have contributed to the project not yet being completed.

"We’ve had geotechnical engineers looking at soil bearing capacity and they’ve determined that the capacity of the soil can bear the weight that full tanks might carry is adequate. And further that the structure of the tanks is capable of holding as required so we wanted to do a validation of that design and are feeling comfortable with the engineering results on that,” he said.

For the ground-settling issues and separation of the underground sewer connection to Pump Station 4, Landers said test pits were driven to identify what backfill materials are in the soil, and additional groundwater monitoring wells were installed.

In November, equipment was removed from the station to allow for the next round of work.

It is expected a micropiling specialist will be brought in to do work in the new year.

“Further on in the spring, an additional change order will go into action to complete the connections and the groundwork associated with the remaining work that would be on site so that the station itself would be functional in the fall of 2020 to meet the revised orders from the Ministry of the Environment, with a change order along the way to reinstall the machinery within the station itself,” said Landers.

Phase two of the remediation is upgrading the mechanical, electrical and instrumentation systems, along with other work, at the remaining five pump stations. The $16.6-million project was awarded to Northec Construction Ltd. in April 2018.

“This project is headed towards completion on budget and currently is tracking slightly ahead of schedule. We expect work to be wrapped up by spring 2020,” said Landers.

At the time of the meeting, he said one of the stations had been handed back to control from the contractors, with another one expected by the end of December.

While Coun. Joe Campbell commented it's good news that there's an end in sight for the project, he said the bad news is the additional costs to complete it.

He also questioned if the design group was stamping the drawings.

“Yes, the design group is stamping the drawings. It is an engineering firm that is doing it and it’s the engineer of record for the project, JL Richards. They’ve brought on Golder and Associates for the...additional geotechnical work and they’re quite a reputable firm, so we’re happy with that," he said, adding there's a peer review happening at the same time.

In Porcupine and South Porcupine, when the system’s capacity is exceeded raw sewage is bypassed into Porcupine Lake.

Upgrading the system is required for the city to meet a Ministry of Environment and Climate Change (MOECC) director’s order.