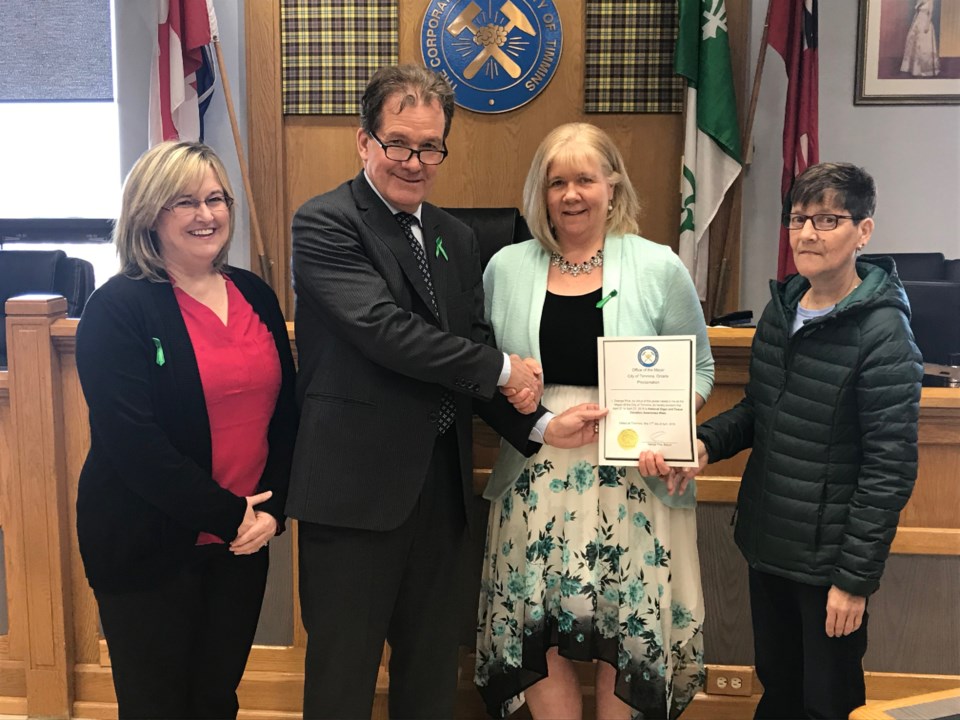 Death isn't something people are comfortable speaking about, but Timmins and District Hospital (TADH) manager says it's important to talk to your family about organ donation.

"If you signed your organ donor card, it’s imperative that your family’s aware of that so they’re not left guessing," said Kim Bazinet, who is the TADH emergency department and critical care unit manager.

In Ontario there are about 1,665 people on the organ transplant waiting list.

In Timmins, 51 per cent of residents are registered as organ donors.

Bazinet said that is a higher rate than in southern Ontario.

“I think because we’re the city with the heart of gold and we like to give,” she said.

When her 23-year-old son Aaron Charles was put on life support after an asthma attack in April 2016, she didn’t want to talk about organ donation at first.

Even though it was his wishes to be an organ donor, it was a hard decision for her.

Today, her son lives in on in four other people. Her family is even friends with the man who received Aaron's heart.

“I absolutely think, don’t selfishly think that you can just hold on to it because it’s going into the ground or into the urn and you can do so much. One person can save eight lives,” said Tinney.

Tinney is now an advocate for organ donation, and is even lobbying the Ontario government for an opt-out organ donation process instead of the current opting in process.

Living donors are also an option.

Lise St. Jean, who is in the final stages of renal failure and needs a kidney transplant, was also at the proclamation. She is looking for a living donor.

A potential donor needs to be in healthy condition and have type O blood.

Her search started in November and she said she's hoping to find a match before being put on dialysis.

The goal, she said, is to increase the living donor donation in the province by 20 per cent by 2020.

“In Timmins, at our hospital, we currently have 27 hemodialysis patients. Of them, six are in the process of either being worked up for a living donor or the donor is being worked up. When that occurs then they’ll get their kidney transplant," she said.

- With files from Rogers Media

Second round of surveys collecting new data from businesses
May 25, 2020 2:15 PM
Comments
We welcome your feedback and encourage you to share your thoughts. We ask that you be respectful of others and their points of view, refrain from personal attacks and stay on topic. To learn about our commenting policies and how we moderate, please read our Community Guidelines.