'I hope kids can leave here knowing it’s OK to be different and we don’t have to succumb to peer pressure'
Oct 17, 2020 1:00 PM By: Dariya Baiguzhiyeva 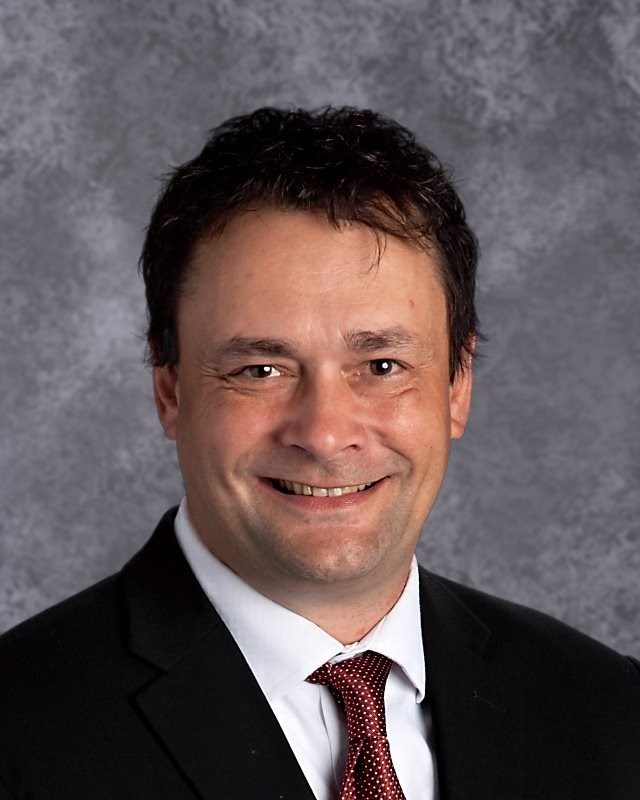 For Roch Mageau, the vice-principal at École publique Renaissance, being francophone is more than just speaking French.

“It really is a culture and I think it’s important to model that to the kids,” he says. “If they know where they come from, it might help them decide where they want to go later on in their life.”

Born and raised in Sudbury, Mageau, 50, says growing up he was very involved with French activities and events. After graduating from Laurentian University, Mageau moved to Timmins to work in sales.

As he has always been passionate about teaching, he decided to change careers and started working at École publique Renaissance. He became its vice-principal three years ago.

In a school with about 150 students, there’s a sense of being a family with teachers knowing every child’s name, he says.

“It permits us to develop a good relationship with our kids and to really interact with them in a way where they feel safe with us and whereas we might have a better chance at becoming role models for them,” he says.

Moving forward, he says it’s important to have a “certain visibility” and what he’d like to see the most is students leaving school knowing who they are and knowing it’s OK to be French.

“We’re always trying to promote our culture, our language. And just to better ourselves as educators so that our kids can leave at the end of four years and say, ‘That was the greatest experience of my life and I appreciate what I’ve just been through,’” Mageau says. “I hope kids can leave here knowing it’s OK to be different and we don’t have to succumb to peer pressure. That’s really what I’m looking forward to as a vice-principal.”

For him, it’s also important to send a message to community members to not be ashamed of the way they speak French and that “little differences” in the way people from different regions speak don’t matter.

“We have a certain lifestyle, we have a certain environment that has brought us to where we are. It is OK to say the French language is evolving and we don’t have to be ashamed of the little quirks we have when we speak … Not to be ashamed and not to let other people to put us down because someone might speak French different than us.”

In addition to participating in local activities and events, Mageau helped Collège Boréal with its strategic plan and he also was last year’s Bonhomme during the Centre Culturel La Ronde’s winter carnival.

“It was very hot in that suit,” he recalls, laughing. “It was fun for me because I got to visit organizations and activities normally I wouldn’t see.

"What amazed me the most is seeing some of the older people in the community, they were just getting as excited as the kids were. It’s important to keep those traditions alive because as much as the kids get excited, us, older folks, we like it, too. It brings back memories.”

Mageau says there are many people in the community who are doing "fantastic things" and he doesn't mind working behind the scenes.

"I'm just a small piece of a puzzle and I'm OK with that. We all have a role to play and we're all doing our part," he says. "I'm not in it for the accolades or awards.”

He says he feels proud when he looks at his two children.

“I think they’re really a success story in a sense that their mom is an anglophone. We both decided that it was important for them to live that culture and to learn that language,” Mageau says. “We were always able to balance mom being English and dad being French, and I’m proud that my kids are francophone now.”

Mageau says he likes to face challenges as it gets his “blood pumping” and his “mind going.”

“For me, to overcome a challenge is roll up my sleeves and sit down with my team and talk it out and see what we can do,” he says. “I’m more of a ‘how do we fix this,’ that’s my philosophy on challenges. I don’t spend too much time on, 'how did we get there'.”

Chamber report explores how next generation business leaders can be supported
Oct 22, 2020 7:45 PM

OPP target grow ops, have seized $143M in cannabis since July
Oct 22, 2020 7:00 PM
Comments
We welcome your feedback and encourage you to share your thoughts. We ask that you be respectful of others and their points of view, refrain from personal attacks and stay on topic. To learn about our commenting policies and how we moderate, please read our Community Guidelines.