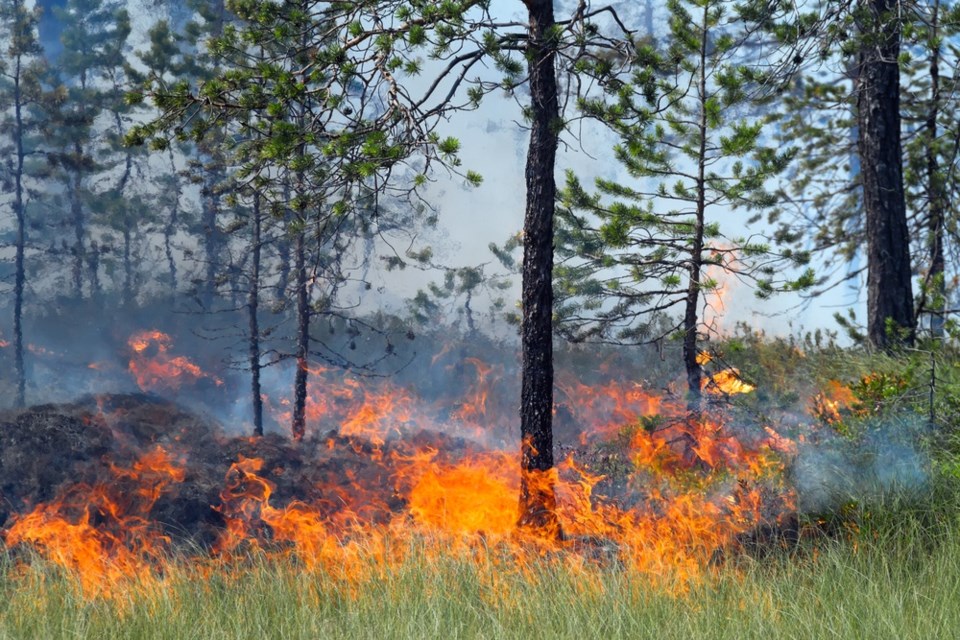 According to Aviation, Forest Fire and Emergency Services (AFFES), Hearst 14 is one of the new fires. It is two-hectare fire located about 42 kilometres south of Hearst that is not yet under control. Yesterday crews used aerial suppression support to battle it.

The other new fire is Wawa 11, which is southeast of Longlac and as of yesterday was being held at 0.1 hectares.

Altogether, the AFFES says there are currently 50 active forest fires in the region. Of those, 16 are not under control, with 34 being held, under control or being observed.

The province is continuing to receive support, including crews and equipment, from across Canada, the United States and Mexico.

Here is an update on some of the fires in the region from the AFFES:

· North Bay 42 is located north of Red Cedar Lake and is 350 hectares in size. North Bay 62 is located southwest of Hand Lake at 2,500 hectares. Both fires are now being held, meaning that the fires are not expected to spread under current conditions.

· Fire behaviour was relatively quiet yesterday. Crews took advantage of the dry weather to extinguish hot spots and smokes that popped up this afternoon. The fires received about 65 mm of precipitation over the past 72 hours.

· Crews completed removal of sprinkler protection from structures on Red Cedar Lake and started on Thistle Lake. This work will continue today.

· North Bay 25, west of the cluster, continues to be monitored at about 200 hectares.

· The North Bay 72 fire remains at 27,579 hectares and is not yet under control. There are 265 firefighters and support staff and 12 helicopters assigned to this cluster. All resources were assigned to North Bay 72 today. Sprinklers continue to be monitored on values at Mendelssohn Lake, Skull Lake and Cook Lake. Crews continue to make good progress securing the northeast corner with hose line and heavy equipment began operations on the north edge of the fire perimeter.

Parry Sound 33 required aerial fire suppression again yesterday as fire activity increased. Stronger, warmer and drier lake effect winds than had been forecasted came from the southwest contributing to the increased activity. As a result, smoke was pushed across Highway 69 and into some communities to the east of the fire.

Additional crews from Mexico arrived on the fire today, bringing the total number of firefighters helping to suppress the fire to 90.

· Values protection (sprinklers) will continue to be put in place on structures along the Pickerel River tomorrow.

· Given the unpredictability of the fire, all access restrictions, including water restrictions, remain in place for the foreseeable future.

In the interest of public safety, on July 21, 2018 the Ministry of Natural Resources and Forestry (MNRF)’s Parry Sound district recommended that the communities, municipalities and townships within the area below impose a mandatory evacuation of their residents with boat access only:

All areas ranging from the western and northern borders of French River Provincial Park, east to Highway 69, and as far south as the south shore of the Key River; including all residents and members of the public on both the north and south shores of the French River, and the Pickerel River, as well as Hartley Bay.

There is also a recommendation by the MNRF Parry Sound district to impose an evacuation alert to all residents within this area who have road access to their residences or cottages. These residents should be prepared to evacuate pending a change in the fire situation.

In addition, the MNRF’s Sudbury district has recommended that all residents along Hartley Bay Road be placed on an evacuation alert, pending changes to the fire situation.

The Ontario Provincial Police (OPP) and Conservation Officers have been on site helping notify the public of the situation, and facilitating this evacuation.

Aviation, Forest Fire and Emergency Services (AFFES) has also been advised by Ontario Parks that the French River Provincial Park is fully closed west of Highway 69/400. All campers have been or are being evacuated. Ontario Parks has also suspended permit sales for the French River Delta and Pickerel River areas and are restricting entry to park users (everything west of Highway 69/400).

Henvey Inlet First Nation declared a state of emergency as a precautionary measure. As of July 22 the community has successfully and safely evacuated all of its community members, who are receiving accommodation and food.

Fire activity has proven more manageable on fires in the Temagami cluster with all active fires in this cluster now classified as either being held or under control.

Many Ontario residents have reported smoke drift in their communities. Smoky conditions are expected to continue as a number of fires remain active throughout the northeast region until weather patterns and fire activity change.

AFFES is reminding the public that if they do see flames or smoke, please report it, and stay away from the area in the interest of public safety.

If you have questions or concerns about smoke and your health, please contact Tele Health Ontario at 1-866-797-0000.