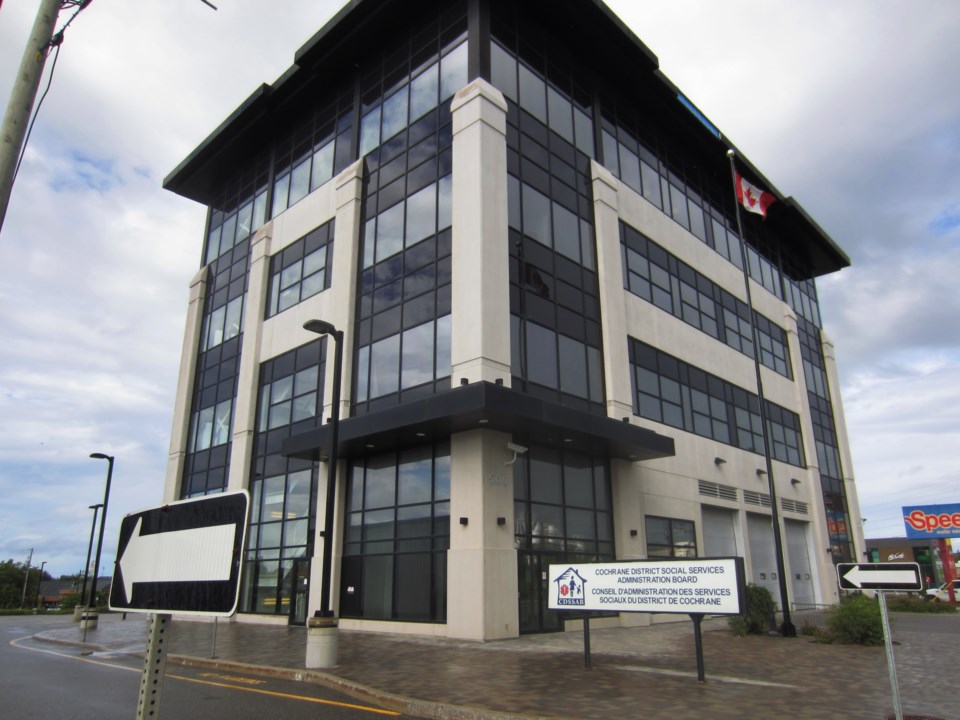 The main headquarters of the Cochrane District Social Services Administration Board on Algonquin Boulevard. The building also houses the ambulance services for the city centre. Andrew Autio for TimminsToday

"Enough is enough" said Mayor Steve Black on Monday night, regarding what he believes is an extra $1.9 million dollars from the city's coffers going to other communities in Northeastern Ontario within an 'unfair' CDSSAB (Cochrane District Social Services Administration Board) budget.

In what started a 43 minute discussion at Monday's city council meeting, Black tabled a resolution which would see the city stop paying funds to the DSSAB in 2017 and said the city recently received two letters on the issue. One from Premier Kathleen Wynne, who was recently in Timmins, which said she would 'look to help facilitate a meeting in these discussions'.

"We received another from the Minister's office saying 'this is the DSSAB legislation, and we hope you can work it out with the member municipalities in the area'" said Black.

He is referring to Helena Jaczek, the minister of Community and Social Services.

Black said the letter was exactly what he anticipated receiving, based on his discussions with municipalities in the Thunder Bay region who have been through the same process within their region.

"One of the Mayors there told me until we passed a resolution saying we were withholding funding, we did not get a meeting with the Minister. Our Clerk actually told me that Cobalt went through a very similar process, and didn't get through their process until they passed a similar resolution and withheld funding to get the meetings going" he said.

Black's resolution ended with the bold line of:

He said after a lack of progress in negotiations throughout the last few years, he had no other choice.

"This is a step that I'm not happy having to take, but a step that I think is necessary to take to further our cause, and further our discussions with Ministry staff to get them to realize that social services are a provincial responsibility, that are supposed to funded by the province" said Black.

Councillor Joe Campell, who is also the Vice Chair of the CDSSAB, said there were a few things about the resolution that disturbed him.

"I received no communication from the Mayor regarding this resolution, at all, and I don't think that's appropriate" he said.

Campbell said he had been making slow progress on getting the region's leaders to come together and re-negotiate, and that this was an unnecessarily aggressive tactic.

"I'm not suggesting there aren't issues here. I agree we pay a disproportionate amount of the money to DSSAB, based on what we receive."

"If we keep going down this road, I don't believe we're going to get anywhere" said Campbell.

"I agree with Councillor Campbell, its not the right way. We should do as the Minister requests, go back to the table, have conversations with our peers. Should this fail, then we would say to the Minister 'we tried' here are the minutes, now can you consider something else?" said Grzela.

Councillor Pat Bamford on the other hand, has had enough of the city's overpayment.

"Look, for the last 8 months we have been negotiating, but its been a one-sided negotiation. They won't come to the table. They say 'no', do they offer a suggestion? No. 'We like it the way it is', well why wouldn't you? We're subsidizing them by $2 million dollars a year, the local taxpayers are paying for services that we're not receiving, but the region is, especially in EMS" said Bamford.

He felt as though the 'city with the heart of gold' is being used as a piggy-bank of sorts. 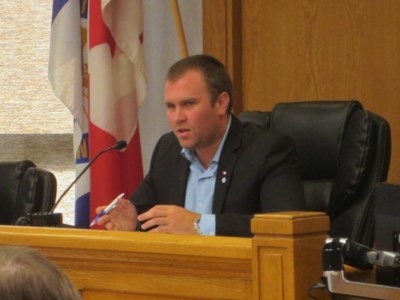 Timmins Mayor Steve Black has been pushing hard for a new per-capita funding model for the CDSSAB. Andrew Autio for TimminsToday

"Let's show our neighbours, let's show the region, and let's show the government that we support going into negotiations with the strongest possible position for the City of Timmins and the taxpayers" he said.

Councillor Noella Rinaldo said she agreed the city needs to take a stand, but felt that Campbell should be allowed a bit more time to 'extend an olive branch'.

"Will they do it? I doubt it. Why would they? But we have to go through that effort" she said.

Black then began speaking to some of Rinaldo's comments, as well as addressing Campbell's earlier remarks. Councillor Rick Dubeau then requested the Mayor temporarily step down from his chair, as he was participating in debate. Dubeau kept the seat warm and the proceedings moving in his stead.

"I will support this item, we as a city cannot afford to pay more than our fair share. Over the years, the City of Timmins has contributed millions of dollars to the DSSAB, we only want a portion of it back now" he said, adding "I'm hoping the province, the provincial government will step in and mediate a settlement after this."

"I've been saying it for many years, the province of Ontario — no matter who's in power — they love to see when we fight amongst ourselves, they love it" he said.

Black said there was really two negotiations going on.

"Councillor Campbell, in his role of vice chair, is trying to negotiate with the municipalities of our region to agree to get them to pay more. I hope he can pull it off" said Black, noting that the city's negotiation with the province is a 'different stream'.

"I think it would be a very big mistake to not support this resolution tonight. I 100 percent support Councillor Campbell working with the region, and trying to come to that agreement" he said.

"Enough is enough, and you have to take a stand. Municipalities have been downloaded on for the last 20 years" said Black.

Dubeau made one quick statement which indicated a pinch of positivity.

"When we were at the Good Roads conference, I did approach a couple of northern Mayors and asked them what was going on in regards to that, and two of them did tell me that there was reason to re-visit the agreement, but they just didn't like the manor in which it was done, and that it was a 'take it or leave it' proposal, but they were open to talking" said Dubeau.

When it came time for the vote, Black, Bamford, Dubeau, Doody, Grzela, Marks, Rinaldo and Wawrzasezk voted in favour of the motion. Campbell was the lone vote in opposition. In his duties as vice chair of the CDSSAB, Campbell has until the end of 2016 to get a new agreement signed by the municipalities, or Timmins will indeed pull its funding for the CDSSAB in 2017.

Kapuskasing not pulling its weight, says Black
May 17, 2016 1:00 PM
Comments
We welcome your feedback and encourage you to share your thoughts. We ask that you be respectful of others and their points of view, refrain from personal attacks and stay on topic. To learn about our commenting policies and how we moderate, please read our Community Guidelines.