Timmins' mayor reflects on his first year in office 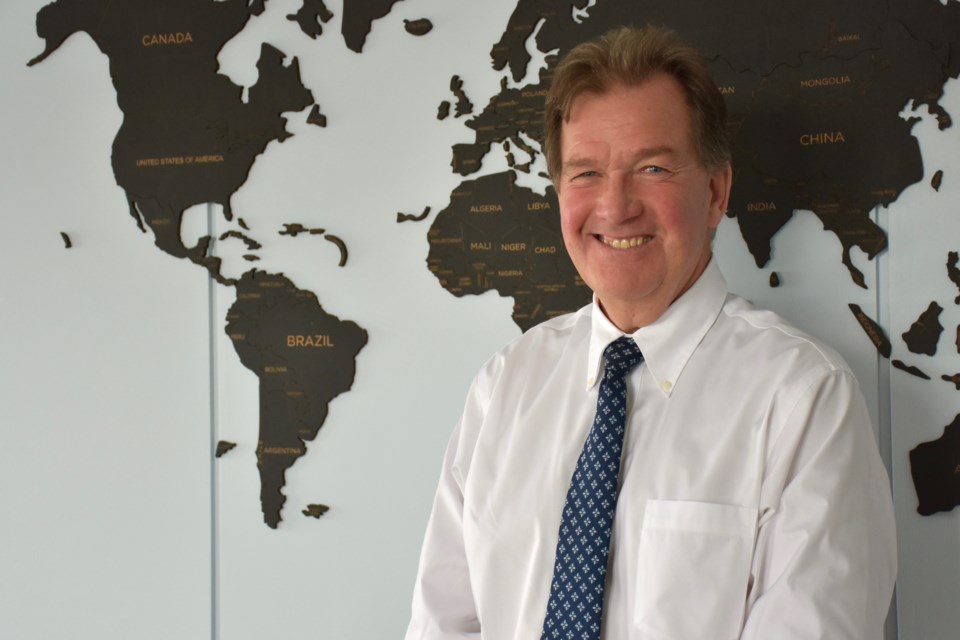 Since being elected, Timmins Mayor George Pirie has been working to make a difference.

For Pirie, a former mining executive who was born and raised in the community, the reason he jumped into politics is to make a difference.

“It’s one of the best places to live in the world, from a guy that’s travelled the world and seen a lot,” he said, adding the future is unlimited up here.

“That’s why I said, well I’ll work as hard as I possibly can on the future of this city and if I make a difference, or if I can help, great. But if I can’t, at least I tried.”

From homelessness to reconciliation, when Pirie took office last year, he talked about the tough issues facing the city.

Since delivering his inaugural speech, he's been working to make progress on the priority issues.

“The principal issues that we’ve been dealing with are the socio-economic issues with the migration of peoples and the resulting homelessness and that’s a combination of mental health concerns as well as economic opportunities. The face of it continues to evolve, the numbers...continue to increase, close to 2,000 in both formal and informal categories of homeless, 90 per cent are Indigenous from the coastal regions," he said.

The message he has is that more money is needed from the federal and provincial levels.

In Timmins, he noted the disparity in funding from what Timmins receives per homeless person compared to other regions.

“We can’t do anything without the funding, it’s really a funding issue to help the people that arrive in our city," he said.

Last week, Pirie was in Toronto "specifically speaking to the people that we have to speak to increase this funding."

In Timmins, he explained, the Cochrane District Social Services Administration Board (CDSSAB) is responsible for providing services to homeless individuals. The CDSSAB is provincially funded, however, he said people are coming from areas that are federally funded.

Progress has been made, although it isn't necessarily as fast as Pirie anticipated.

One success, he said, is the cold weather alert system.

“Are we making progress as fast as we had anticipated? I would say no. To me, it’s self-evident when you look at these numbers and spend some time talking to individuals that are on the street. It’s obvious the pace is too slow,” he said.

“You can only do what you do and that’s continue talking, continue the dialogue with the right individuals to increase the funding. So that’s what we’re doing.”

When Pirie took office, he said the future starts with looking to the past.

“The prospectors didn’t just stumble in here, they were guided. They were guided by the Indigenous people that knew this area and the gold was of no value to them, but they showed the prospectors where it was here. When I was a kid growing up, we never heard that story," he said.

He's excited about the memorandum of understandings that have been signed this year, as well as the City of Timmins' new draft Indigenous Peoples Engagement Framework council recently approved.

“When I’m in talking to the investment bankers or the financers, key to any investment in this area is partnership with the Indigenous. And true reconciliation demands joint government working together towards self-determination and there are models out there that work,” said Pirie.

Partnerships geared to recognize the opportunities in the region and that recognize the Indigenous people, he said, are a huge step towards reconciliation.

"We can do that here correctly in Timmins, we can be the centre of it. We can show the rest of...Ontario and Canada how to get it done and get it done right in full partnership with the Indigenous people,” he said.

The next tangible step, he said, is working towards the governance role.

"It’s working towards the joint economic opportunities to reduce poverty,” he said.

Creating economic opportunities is one of the reasons he still believes the ferrochrome plant will be in Timmins.

“And as I’ve said publicly many times, across the NAN (Nishnawbe Aski Nation) territories, if you’re signing MOUs that are designed to eliminate or get to the root sources of poverty, then obviously one of them is increasing economic opportunities in their homeland,” he said.

Sault Ste. Marie, which Noront has named as the site for the smelter, isn’t in the traditional NAN territories, while Timmins is.

In addition to that, he said Timmins has the best brownfield site for the facility to be built at the old Kidd Met Site.

As legacy mining operations near the end of life in Timmins, Pirie noted reasons to be optimistic.

Glencore Kidd Mine is expected to shut down in 2022. At Newmont Goldcorp, the Hollinger Open Pit is anticipated to run until the first quarter of 2023, however, they still have a potential large-scale open pit and processing facility with the Century Project.

Even with good news in the offing, he predicts Timmins’ economy is shifting.

“Ten years from now, our economy’s going to look totally different than it looks right now because we’ll largely be service-based and we’ll be serving those industries around us from their base in Timmins,” he said.

Agriculture is another growth area for the region.

“That focuses on our strength being on the southern portion of the great northern claybelt, which has more arable land than all of Manitoba. And with a slight extension of the growing season and technology, has the ability to feed the world and that will become ever more pressing as the world populations continue to expand and grow,” he said.

No matter what issue the city is tackling, he said they need people working together.

“And it’s going to take people willing to work together on all of our small and big issues, whether it be bylaw issues or whether they be planning issue or whether they be diversification issues. The best and the brightest in the city working together, you won’t survive as a lone wolf. You’ve got to get the best minds together in the room to make it happen,” he said.

Looking ahead to 2020, he's expecting good news in the mining sector.

"I’m looking for some other positive announcements on the diversification of the economy, both from the agricultural sector of other initiatives that we’ve got on the go. I’m looking forward to both Mr. Bisson and Mr. Angus working on behalf of the city to bring more funds into the city, and I think that with everybody working together we’ll just take our rightful place in the future of the province as a region,” he said.