She'll keep her seat at the council table unless elected to Parliament
Jun 4, 2019 5:40 PM By: Maija Hoggett 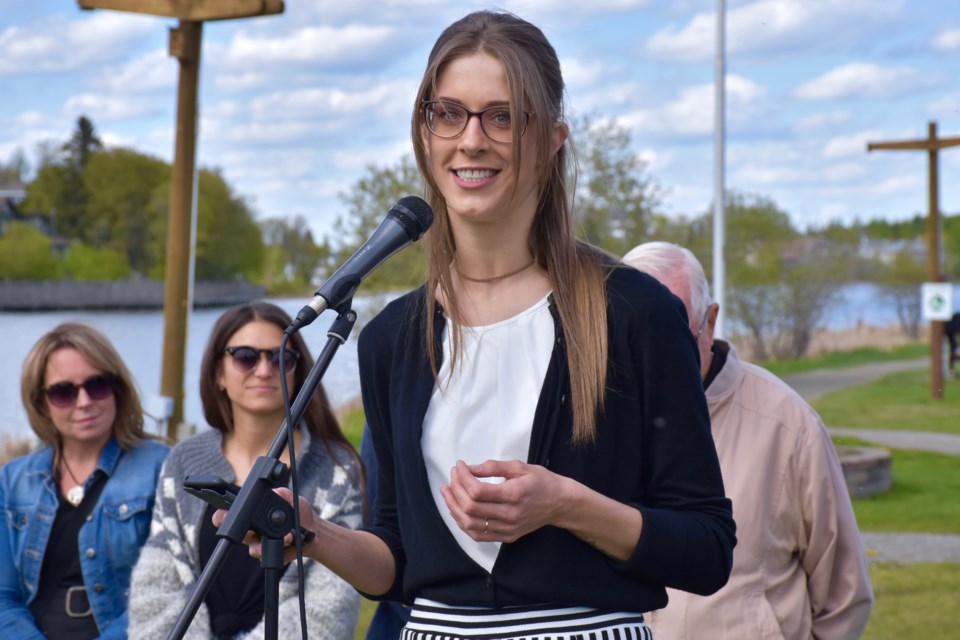 A newly-elected Timmins councillor is seeking the Liberal nomination in the upcoming federal election.

Surrounded by supporters at Gillies Lake, Michelle Boileau announced that she has submitted her nomination package to be the Liberal candidate in Timmins-James Bay.

Boileau was elected as one of four Ward 5 councillors in the municipal election held in October.

A sitting councillor is able to run for higher office, either provincially or federally. If elected, they have to resign their municipal seat.

She is going to keep her seat at the council table, and said she told Mayor George Pirie and the other councillors prior to making the announcement.

Boileau couldn't confirm when the Timmins-James Bay Federal Liberal Riding Association is holding its nomination meeting, or if there are other candidates actively seeking the nomination.

Since the beginning of her political career, she said she's had federal ambitions.

“As the young girl, I was the one saying I might be Prime Minister one day, so this is definitely something that’s always been in the plan. I was certainly going to be putting my name in and making a run for it in the next election, so in 2023," she said.

With changes in the provincial political environment, she said "there's no better time than the present" to put her name in.

Boileau has been involved with the Liberal Party of Canada since 2015. She is currently the regional director of recruitment and partnerships with Contact North, and held a position with College Boreal prior to that.

The federal election is Oct. 21.

Earlier this year, incumbent Charlie Angus was chosen as the riding's NDP candidate.