Cedar Meadows wants to educate people about the seriousness of the incident
May 4, 2021 2:44 PM By: Maija Hoggett 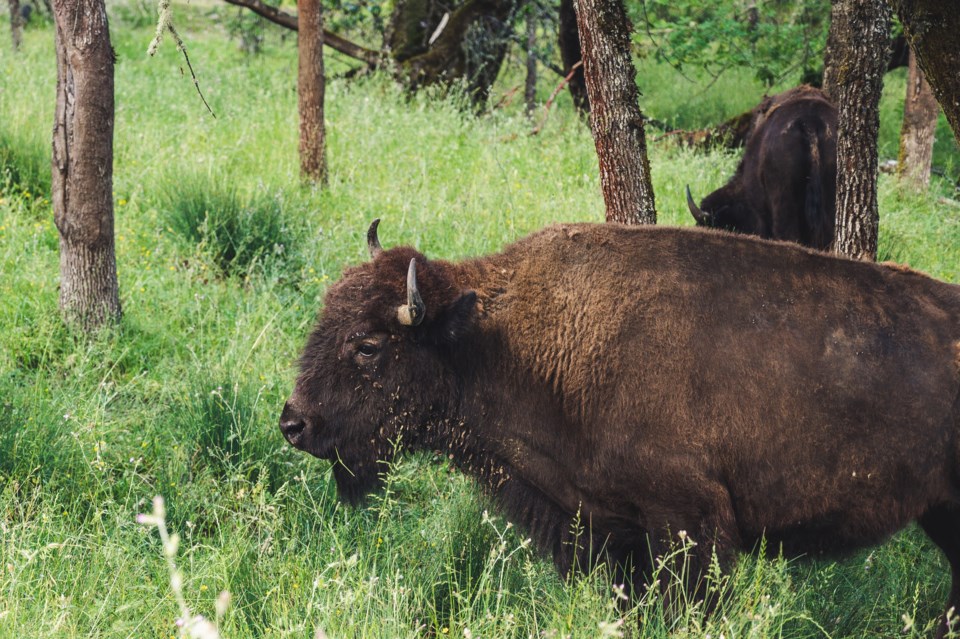 A Timmins resort is looking to educate the public after a weekend incident that saw youth hop a fence into a bison enclosure.

Over the weekend, six teens jumped a fence into where the bison roam at the property, said Andrea Whitmarsh, executive manager.

“We love sharing wildlife and having people experience it and it’s hard to judge the kids for wanting to see the animals up close, but at the same time I think more education needs to be done on the dangers of them. Especially because bison can look so aloof and relaxed that kids don’t seem to understand they can turn on you very quickly if you’re threatening their environment,” she said.

Her boss was working on the property at the time and noticed the animals looked agitated and were moving in a weird pattern.

"We didn’t see what happened other than them (the teens) running and going to jump back over the fence,” she said.

Whitmarsh said they aren't looking to lay charges against the youth. The resort does want to raise awareness about the severity of going into the enclosure, though.

Mating season starts in June, but she noted that could start early or late.

“Given that we’re into May it is definitely almost upon us and we really wouldn’t want any child or anybody from the public around them when they’re not supposed to be. We do the wildlife tours but we have different parts of the park that different buffalo are stationed,” she said.