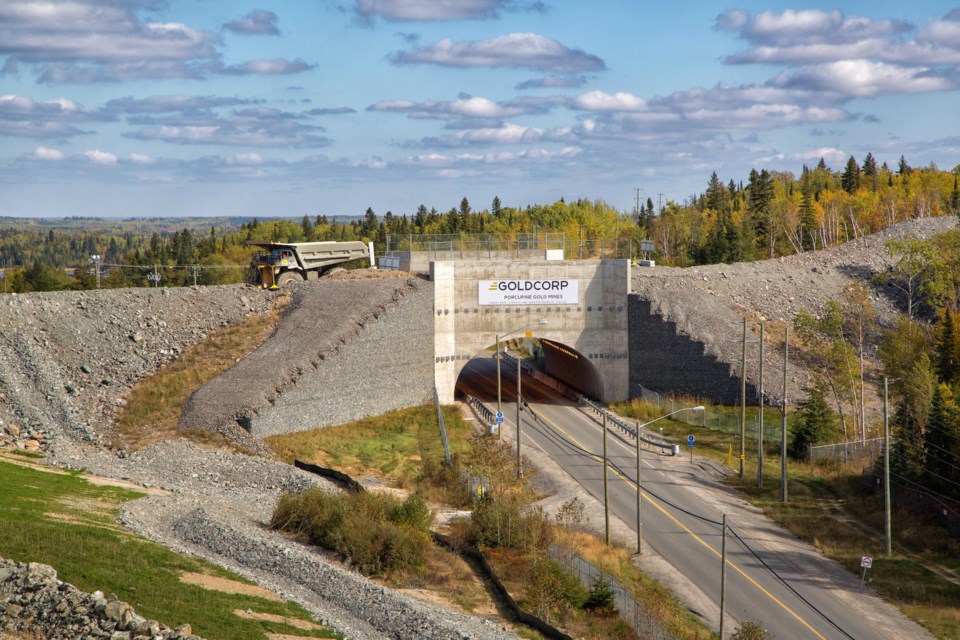 NEWS RELEASE
GOLDCORP
*************************
At approximately 7:48 a.m. on Saturday morning, Porcupine Gold Mines responded to a drain valve failure on its No. 6 tailings line on the Dome site, located on the southern portion of their property. The failure released tailings material and process water outside of the holding pond, onto its property.

Goldcorp immediately suspended process operations, initiated its emergency response plan and notified government officials, who are collaborating on next steps.

No one was injured in the incident and the spill has been contained on site. At this time, there is no risk to downstream users including Porcupine Lake. An investigation into the incident will be launched as soon as response activities allow.