NORTH BAY - Better snow clearing and the ability to see the condition of highways were among promises made today by Steven Del Duca, Minister of Transportation, as he released the province's Winter Highway Maintenance Action Plan.
Jun 26, 2015 3:50 PM By: TimminsToday Staff 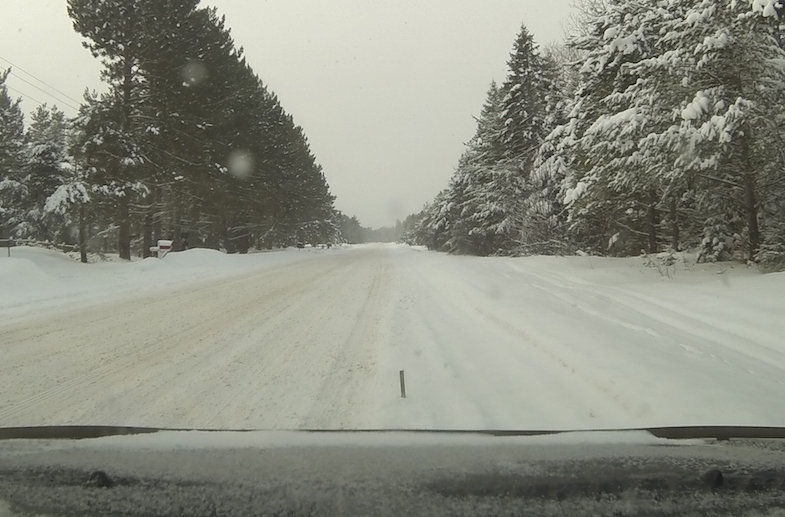 NORTH BAY - Better snow clearing and the ability to see the condition of highways were among promises made today by Steven Del Duca, Minister of Transportation, as he released the province's Winter Highway Maintenance Action Plan.

The plan is in response to the Auditor General of Ontario Bonnie Lysyk's report on winter highway maintenance which said  that, although the MTO has been successful in reducing escalating winter maintenance costs, it now takes longer to clear highways during and after a storm, making them less safe for motorists.

A major complaint in Northern Ontario is that crews just don't get out fast enough during storms.

But Del Duca says the ministry is working to fix that.

"We will be establishing a number of working groups so that we can ensure that there is a very clear understanding," the minister told Village Media.

"From the conversations I've had with the area maintenance contractors, and with the Ontario Road Building association, that there is a mutual understanding that we have a collective obligation and responsibility to get this right. It's important to stress that we are all in this together and working together. For the upcoming winter season, and for all future winter seasons we''ll ensure that we're ready to go, that our plows are ready to go and we'll deliver the maintenance that people deserve."

And a number of cameras will be added to northern highways, specifically North Bay, Huntsville, Sudbury and Sault. Ste. Marie. "We're looking at putting more cameras in all the contract areas, said Director of Maintenance Kevin Bentley.

"We're adding roughly 30 stand alone cameras and that will give us about 175 stand alone roadside cameras across Ontario," he explained. Bentley did not have a number for the north specifically.

And some hope for users of "pushouts" - small parking areas along the road used by hunters, trappers and recreational users. There may be some added.

"Some pushouts that are generally used for turning around plows are done, generally after the storm. We are aware of the request for additional areas to be plowed to accommodate the local needs. Some of those areas are not part of the the current contract requirement but there are ongoing local discussions towards adding some additional areas," said Bentley.

The Mystery of the Missing Parking Spots