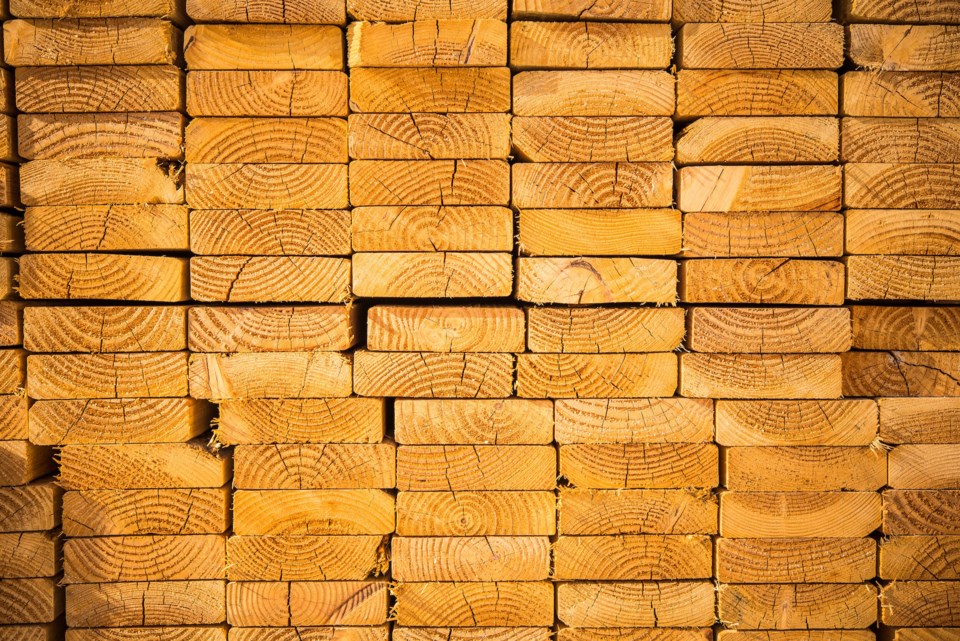 “I'm sure I'm not the only one who has noticed this,” Hall said at council last Tuesday night.

Hall says he's looking at projects he knows will be far more expensive than originally planned.

As an example, he cited the cost of 2 by 4 lumber, which Hall says has increased from about $2 to more than $8 since last summer.

“Someone somewhere is making a lot of money,” Hall said.

Hall says he's done some research into the costs the wood industry faces that would account for the higher price of lumber but hasn't been able to identify what factors triggered the sudden rise.

Hall says neither the price of fuel nor vehicles nor labour have increased enough since the pandemic began to trigger the huge spike in lumber prices consumers are seeing and facing.

Hall says it's his opinion that somewhere along the supply-demand chain the “industry has taken advantage of the (COVID) situation.”

Hall told his council colleagues he believes there was a deliberate attempt in the industry to create a shortage in building materials so the old adage of supply and demand could kick in which would result in higher prices for materials.

Hall says the increased price of building materials won't affect him as much because he already owns a home.

“But for any young couple looking to build, it's just going to drive the price of a house up,” he said.

Hall says right now people taking out mortgages for a home can count on low interest rates, but cautions those rates may not always stay low.

That was the case in the late 1970s and ‘80s when interest rates went through the roof.

Hall recalled when he bought his first home, some other people bought houses beyond their means, and when interest rates spiked “a lot of people ended up losing their homes.

“I think it's justified for the municipality to send the two representatives (Fedeli and Rota) letters asking them to find out the legitimacy of these costs because it's crazy,” Hall said.

“I truly believe it needs to be looked into and people need to provide answers.”

The deputy mayor adds it's also to the advantage of the Ontario government to look into whether gouging is going on because it, too, will face higher costs with projects it's involved with.

He cited the 96-bed nursing home facility announced for Trout Creek last month as a perfect example, which Hall is certain is going to become far more expensive to build.

Hall said it's a guarantee that the quotes that come in to build the old age home will be so much higher than originally thought and the cause will be the cost of the building materials.

Although the letters, once written, will be sent to Rota and Fedeli, Coun. Debbie Piekarski suggested including other municipalities in the issue for their support.

Hall agreed, saying there “is strength in numbers.”

Mayor Peter McIsaac suggested a copy of the letter also be sent to Premier Doug Ford and the Association of Municipalities of Ontario.

McIsaac noted that he's heard estimates that the “average house materials (went) up 30 per cent so there definitely is an increase”.

Hall will help municipal staff write the resolution asking for an investigation into price gouging of building materials and the resolution is expected to be introduced to council at its April 20 regular meeting.