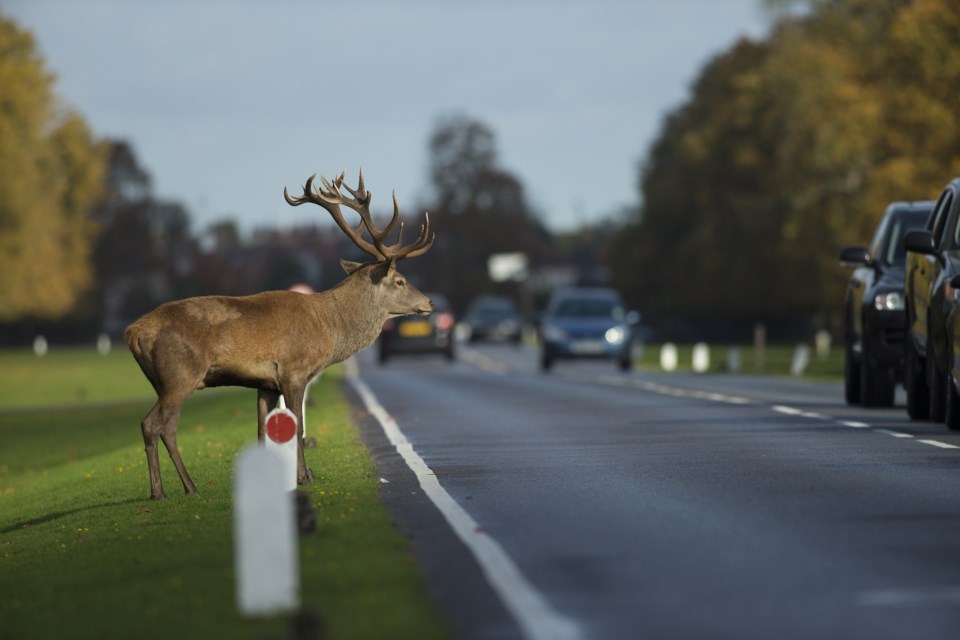 *************************
WEST PARRY SOUND – The West Parry Sound Ontario Provincial Police (OPP) and the Ministry of Transportation (MTO) would like to remind motorists of the possibility of encountering wildlife along roadways.

Police urge motorists to monitor their speed, particularly at night, avoid over driving the illumination of their headlights and scan the highway ahead as far as possible, with special attention to the road side.  Animals can bound out onto the highways unexpectedly, and if you see an animal, slow down and be prepared to stop.

The OPP would like motorists to take the following precautions to help avoid collisions with animals:

The higher the speed – the more severe the impact, even a small reduction in speed can make a big difference in a driver’s ability to avoid a collision.

Drivers are expected to observe Ontario cell phone laws when using Ontario 511 while on the road and are encouraged to pull over to a safe location when using your cell phone to make it as safe as possible.