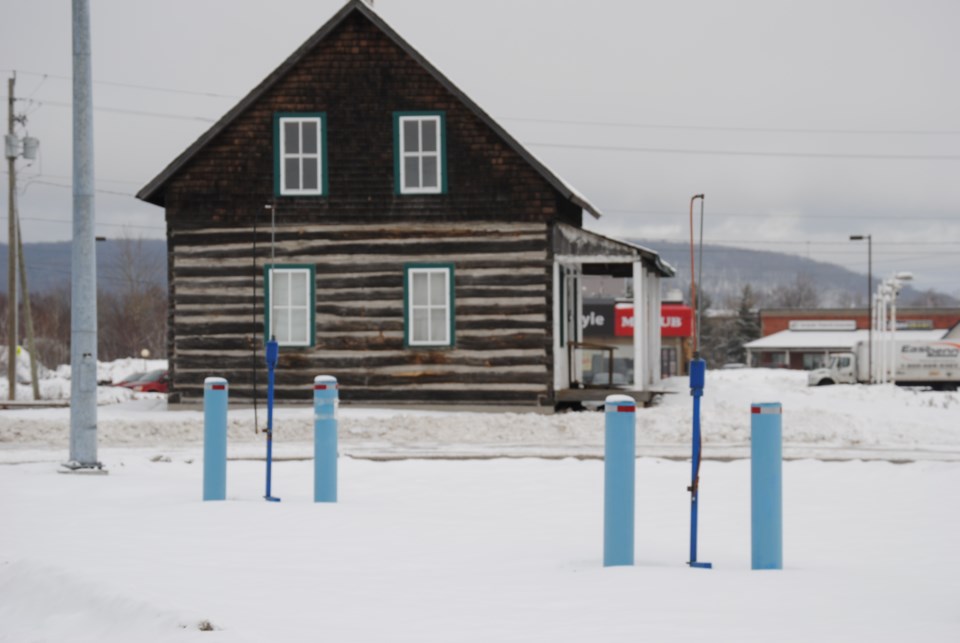 The Dionne home must be moved by June 1 as a condition of the sale of the City-owned land at Seymour Street and the Highway 11/17 bypass. File photo by Stu Campaigne.

NORTH BAY – Where once visitors could find the tourist information centre, the Chamber of Commerce, and the Dionne home, travellers will now be able to fill up, wash the car, and grab a snack.

City Councillors unanimously voted to approve the sale of the parcel of land at the corner of Seymour Street and the Highway 11/17 bypass Tuesday evening after an in-camera session.

Details are few, but when Council emerged, the sale of the land to Grant Castle Corp., based in Maxville, Ont., was revealed.

Coun. Daryl Vaillancourt stressed that the sale did not mean that the review committee established earlier in the meeting, to be headed up by Coun. Chris Mayne to find a suitable location for the Dionne home would not get their opportunity to work toward their goal.

Deputy Mayor Sheldon Forgette was pleased that the property, thought to be valued at just under $1 million had sold for $1.68 million. Under the conditions of the sale, the Dionne home must be removed from the property by June 1.

"They have plans to put in a service station, car wash and a potential restaurant," said Forgette, noting that the restaurant would not be a chain sit-down eating spot. Forgette agreed that the development could be similar in nature to the Esso/Subway/convenience store establishment on Pinewood Park Dr.

"They have to start development within a certain time frame, if they don't, the City takes back ownership of the land," said the Deputy Mayor, adding "we do that on purpose so that there is no holding and speculation of the land, we want to see these lands get developed and used and money being invested in the city is a good thing."

Forgette acknowledged that the Dionne saga was addressed in the negotiations between the proponent and the City, and that determined the June 1 date as the deadline for the home to be moved.

About the Author: Stu Campaigne