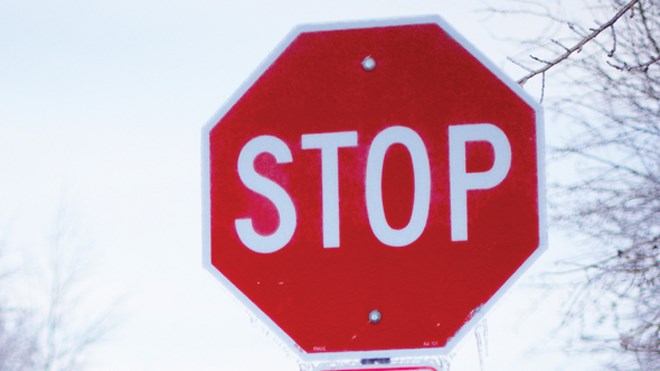 Be prepared to stop if you're heading down Sandy Falls Road.

Ward 1 Coun. Rock Whissell asked for the new four-way stop back in March.

The factors he gave at the time is the odd angle Government Road cross Sandy Falls, the hill south of Government, and wanting to reduce the speed of vehicles on Sandy Falls Road.

When Whissell brought up the topic in March, he said a previous ward councillor had asked for a speed trailer in the area in 2018.

During a nine-day period, he said there were more than 3,200 vehicles that used Sandy Falls Road, with the average speed being about 58 km/hr, and three vehicles were at 98 km/hr, with one going 118 km/hr.