Mayor Steve Black is confident in a huge tourist draw for the event
Oct 4, 2016 9:09 PM By: Andrew Autio, freelance 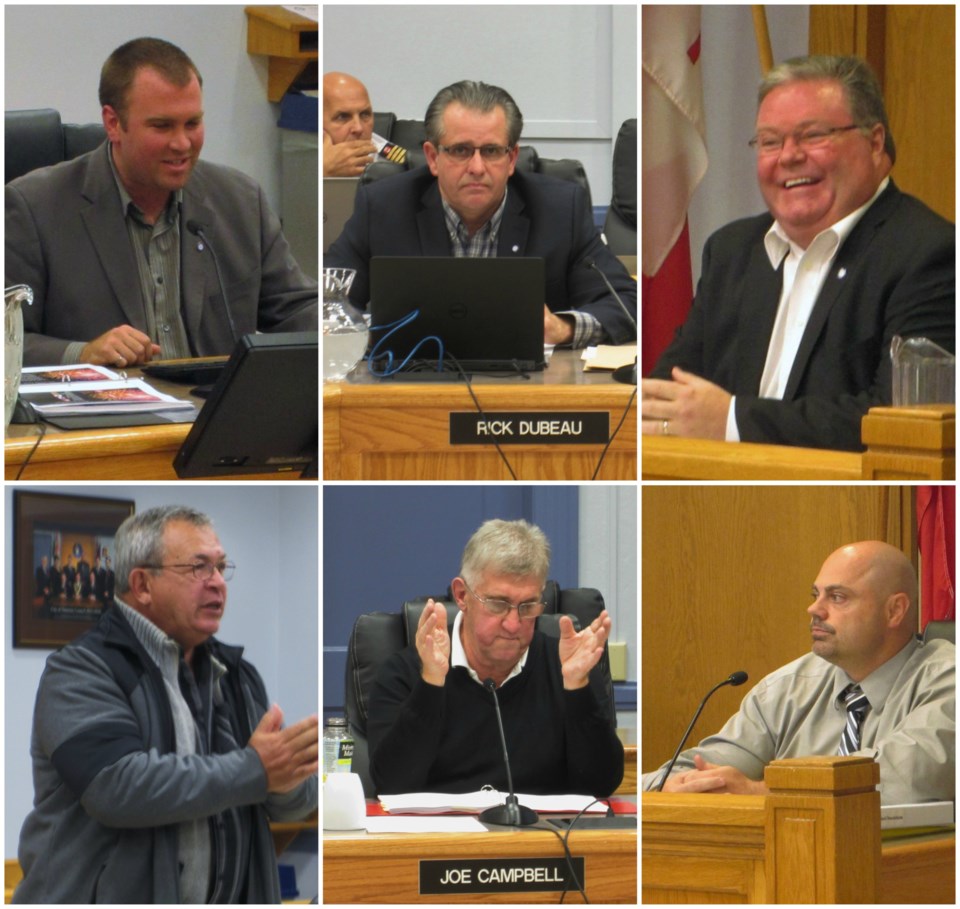 The CAO called it 'robust'. Some Councillors called it exciting. Many taxpayers are calling it crazy, while others are hopeful it will put Timmins on the big stage.

Monday's night's 7-2 vote by city council to commit $3.5 million towards an eight-day international fireworks competition and music festival in Hollinger Park next summer has certainly got the city talking.

Councillor Rick Dubeau gave comments to two reporters after Monday's meeting, before entering the evening's in-camera session. He called the decision 'a total lack of respect for the taxpayers'.

He pointed to the fact that this council usually takes very long to make decisions, except for this one.

The matter was only placed on the meeting agenda early Monday morning. Mayor Steve Black asked council to approve the $3.5 million commitment that evening. The issue was discussed for 66 minutes before the vote occurred.

"How many times do things come back five, six times? This comes to a meeting in a vote. It goes against our procedural bylaw, it goes against the Municipal Act," Dubeau told members of the media.

"I asked the question 'why wasn't the resolution in the package on Friday?''

City Clerk Steph Palmateer explained to Dubeau during the meeting that, plain and simple, the resolution wasn't drafted until Monday morning.

"That's not a reasonable explanation," said Dubeau after the meeting.

"Since when are we in the entertainment business? What do we know about running concerts? And an eight-day festival? The expert admitted nobody else had ever done that," said Dubeau.

He added the he doubts people will pay upwards of $200 a ticket.

Mayor Steve Black also spoke with reporters in between the adjournment of the Special Meeting, and the commencement of an in-camera meeting. He was asked how soon the public will learn of the names of the performers.

"Hopefully within the next two weeks, we come back to you with an announcement of what the week's worth of entertainment will be, and who the headliner acts will be, and all the details" said Black.

TimminsToday asked Black about how quickly this proposal came together, as it had not been mentioned at any previous council meetings.

"Council had a previous discussion in terms of negotiations with one of the clients, which was in-camera, under 'negotiations'. But this was the first public meeting. It's really been the last, I'll say, three weeks to a month of bouncing off with the promoters and having those initial discussions with the bands to see if there would be an interest there, if a formal offer came, to ensure that we had a lineup that we're comfortable with, and that would have a big impact in Timmins and the surrounding region can say wow this is a quality lineup," said Black.

Regarding the ticket prices...

"We know the headline performers that we are bouncing off each other and discussing, have the draw power at the $150 price. But we wanted to encourage people to buy those tickets, and upgrade enough to make the festival break even. We're comfortable that people are going to come to the $150 night, and then if they can look at that and say 'you know what, I can make a week vacation out of this, or a three or four day vacation out of this, because they really only have to take in two other nights to get their money's worth in the discount," he said.

Black promised it will be a fireworks spectacle like Timmins has never seen.

"I should mention there's never been an international fireworks competition in Northern Ontario, its been many years since there's been one in Ontario," he said.

He said he realized that the optics of the hasty decision would not sit well with everyone in the community.

"I understand that there's going to be some backlash at the cost of the event. Hopefully we get the headliners and acts lined up very quickly, and we can sell tickets in a short order. I'm hoping that process goes along the lines of the sentiment today, that if we bring in the right acts and the right headliners, ticket sales will be there. I know there will be a lot of scrutiny and a lot of heat obviously about the decision tonight, until the ticket sales reach that point where we can say 'you know what? it broke even now' anything else is a surplus."

TimminsToday also asked Black about his comments throughout the last few years that the city was not in the business of bringing in entertainment.

"I can agree with that. The city doesn't want to be in the concert, entertainment, as a routine activity. This is Canada Day. From day one, I know there's probably several recorded interviews, Canada Day is something special to me, that a regional hub in Northern Ontario should be celebrating. The part that I got intrigued in was the international fireworks competition. Adding the concert became a supplement to that festival, it is an expensive part of the festival, but if we're going to ask people to travel from Sudbury or North Bay, are we going to ask them to come up for a 20 minute firework show, or are we going to make a night full of entertainment for them, to ensure that we can draw from those further areas. We figured complimenting it with the concert series would really tie the festival together and give it a new dynamic," said Black.

City to gamble $3.5 million dollars on eight-day festival
Oct 4, 2016 1:39 AM
Comments
We welcome your feedback and encourage you to share your thoughts. We ask that you be respectful of others and their points of view, refrain from personal attacks and stay on topic. To learn about our commenting policies and how we moderate, please read our Community Guidelines.