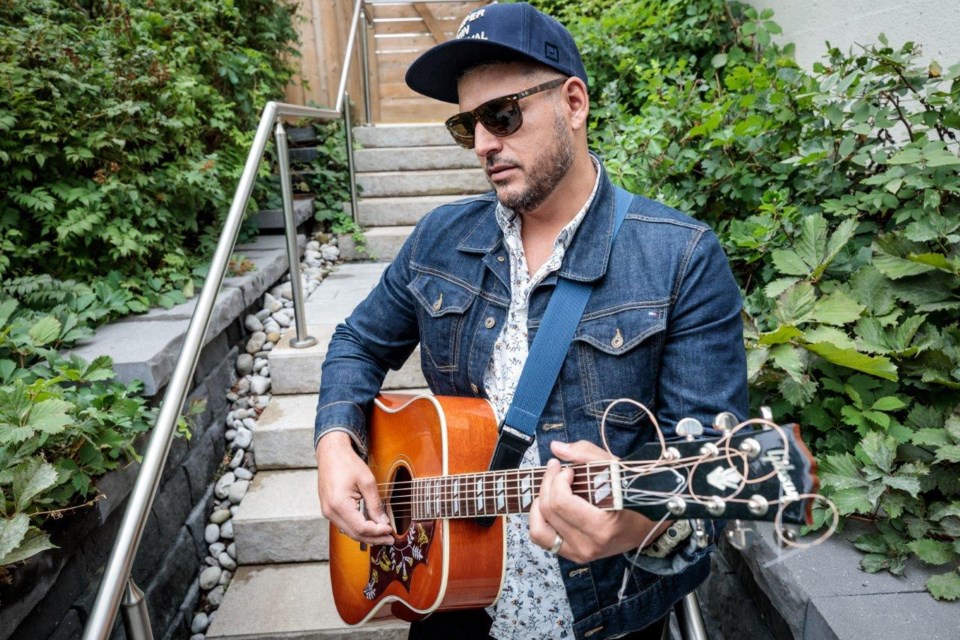 Days ahead of the federal election, Attawapiskat musician Adrian Sutherland has released a protest song for Canada.

Sutherland is the lead singer for Midnight Shine and is making an impact with his solo debut, Politician Man.

In writing and singing the song about broken political promises and the relationship between Canada and First Nations, Sutherland had Prime Minister Justin Trudeau in mind, but said the lyrics are directed at everyone.

"For me it’s every party, it’s also every local chief and council that we have in our communities because I think everyone has a role to play in fixing some of these issues that we are faced with in our communities," he said. "When we were writing and I was singing the song, it was really hard not to picture Trudeau, obviously I think because he is our Prime Minister right now, but in general it’s really directed at everyone."

The roots of the catchy tune go back to the summer.

A state of emergency was declared in Attawapiskat for contaminated water.

A Tweet from Minister Catherine McKenna about clean drinking water in Ottawa prompted Sutherland to respond with a Tweet of his own to call attention to the contaminated water in Attawapiskat.

“We were all sort of talking about ideas and of course the people that I wrote the song with are non-native, they don’t know what it’s like to not have clean drinking water or to not have a safe place to rest. But they tried to put themselves in that head space and they started to learn and educate themselves about the issues and they wanted to write something about it. This is what we decided on doing, we had this idea and of course the water issue triggered the idea so we wrote together the song and it ended up turning out really nice and it has a really, I think, strong and important message for everyone,” he said.

The timing of Politician Man's release just days ahead of the Oct. 21 federal election isn't a coincidence.

Sutherland hopes it will help people continue to have conversations about topics like clean water for Indigenous communities and reconciliation.

“The timing was planned, but we weren’t sure if we were going to be able to pull it off cause a lot of things have to come together really quick,” he said.

“Even for me it’s difficult to talk about some of the issues, but I still talk about it, I use my voice to shed light on some of these issues. If there’s a message, I think we need to really continue to try to have those conversations and work through some of these challenges together."

For reconciliation, he said "it’s kind of gone sideways, there’s been no real action."

"And I think one of the issues I would probably put in the forefront would be water in a lot of Indigenous communities. It just seems to me like when we talk about reconciliation and fixing some of these issues, why can’t we fix water? It’s a very basic human need and a lot of First Nations don’t have access to clean drinking water and some of us don’t even have access to water to bathe in. Why is it that we can’t fix that one problem when we talk about reconciliation? I just don’t understand it, personally,” said Sutherland.

A day after the release of Politician Man, the YouTube video views continue to grow.

The reaction, said Sutherland, has been really positive, and the video has more views in the first 24 hours than anything he's released in the past, including his work with Midnight Shine.

Having made his solo debut now, fans can expect to hear more new music from Sutherland.

In the coming year, he hopes to release his first solo record.

"I’m really excited about that because I’ve been working with some really, really talented musicians, which I can’t mention any names right now," he said.

Even though he's focussing on his own thing right now, Midnight Shine is still together and will continue to do shows.

He said they're supportive of what he's doing.

"And each one of the members in Midnight Shine have other bands that they play in and they have solo stuff going on, projects that they’re working on as well, it’s a real treat to be able to just step away for a little while and do some stuff on my own,” he said.

Made-in-Timmins resolutions recognized at national chamber event
Oct 31, 2020 2:00 PM
Comments
We welcome your feedback and encourage you to share your thoughts. We ask that you be respectful of others and their points of view, refrain from personal attacks and stay on topic. To learn about our commenting policies and how we moderate, please read our Community Guidelines.