They're going to close out the festival's Saturday night entertainment with a bang
May 25, 2016 2:00 PM By: TimminsToday Staff 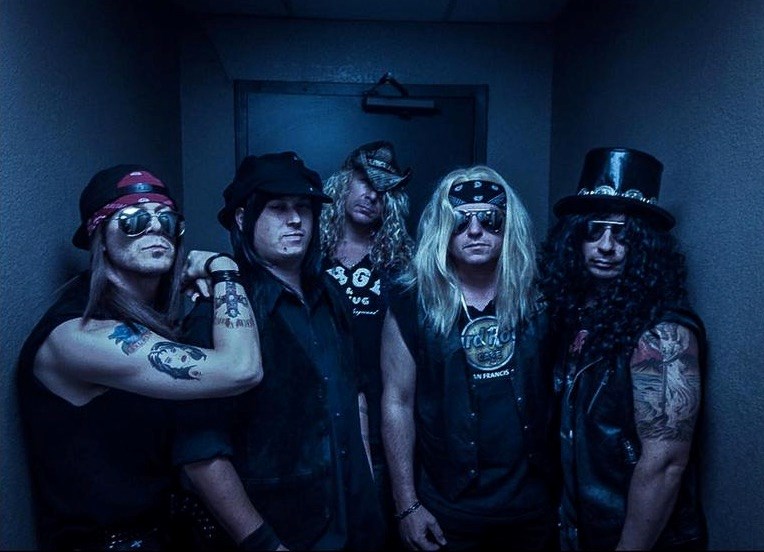 Yep. It's these dudes.

Local band Off the Kuff, comprised of band members Mitch Desbiens, Rolly Desilets and Marc Desilets, will be kicking things off during the Opening Ceremonies in Riverside Park.

Another favourite local band, Flipside, will be hitting the stage after Off the Kuff and will be entertaining the crowd until the fireworks display.

Both bands are sure to entertain groups of all ages by playing everyone’s all-time favourites in French and in English, from rock to country and folk to blues songs.

Canadian singer/songwriter North Easton will be entertaining the festival-goers in the afternoon. His intense vocal and writing stylings and dynamic acoustic flavour are comparable to Dave Matthews, Phil Collins and Cat Stevens.

Listening and watching him perform will be a hypnotic experience that will not soon be forgotten. Check him out on YouTube and be prepared to be blown away by his amazing talent.

Saturday night is sure to rock the night away with amazing tribute bands to Johnny Cash and Guns N’ Roses, as well as Canadian country-rock music artist, Larry Berrio.

The evening will start off with a tribute to the ‘Man in Black’ – Johnny Cash – featuring artist Paul Anthony.

Every effort has been taken to recreate the sounds of Johnny Cash in this authentic CASH tribute show: from the guitar-playing sound of Luther Perkins, the stand-up bass sound of Marshall Grant, the drumming sound of ‘Fluke’ Holland and of course, the vocal sound of Johnny Cash.

Get ready to “Walk the Line” through the “Ring of Fire” all the way to “Folsom Prison”!

Larry Berrio is an established artist in the Canadian country music industry and has been touring Canada and performing for over 18 years.

Larry has opened for acts such as Tim McGraw, Brooks and Dunn, Terri Clark and Johnny Reid, and has performed at the Country Music Awards.

Larry’s big hits include “In The Rough” – the licensed theme song for the Global TV outdoors and hunting show Canada in the Rough, “Rock Town” – a song dedicated to miners around the world, and “No Guts No Glory” – the theme song and video for the Canadian Motorcross and Snowcross Series for 2014-2015.

Those who weren’t lucky enough to snag tickets to see the real Guns N’ Roses concert in Toronto in July will be happy to hear that the next best thing will be closing out the night with a bang at this year’s Lumberjack Festival.

So please “Don’t Cry”, because Paradise City – by far the best Canadian tribute act to Guns N’ Roses – will have you singing along and rocking out to GNR classics such as “Sweet Child O’ Mine”, “Welcome to the Jungle” and “November Rain”.  This show is definitely not to be missed!

Lumberjack Heritage Festival concert tickets and park passes are now available for purchase at the Kapuskasing Welcome Centre.  Sports Palace concert tickets are $30 each and include one Riverside Park weekend pass.

Stay tuned for entertainment and programming updates. Make sure to like the Kapuskasing Lumberjack Heritage Festival Facebook page to stay in the loop!