She says it hurts other businesses at the mall, expenses for residents keep getting higher
Jul 27, 2020 4:30 PM By: Community Submission 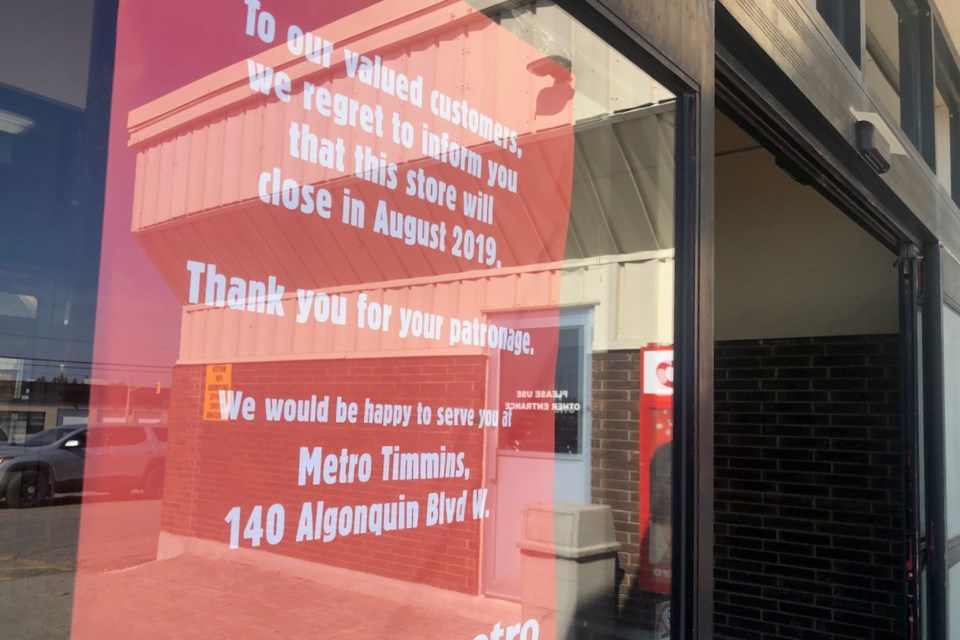 A sign posted at the Porcupine Mall announced the closure of the grocery store. Maija Hoggett/TimminsToday

TimminsToday received the following letter about the loss of Metro in the Porcupine Mall.

I sent a letter last year after the closure of the Metro grocery store in the Porcupine Mall indicating the frustration of East End residents. There has been no action taken or anything done by Metro and I believe we deserve a response.

I am sure that I speak on behalf of many East End residents who are very frustrated without having the convenience of a grocery store in our community as we consider this an essential service especially now during COVID-19.

Giant Tiger and Dollarama at the Mall and Urban Farm in South Porcupine deserve a huge thank you to make the shopping less stressful and less expensive with the additional gas consumption to Timmins. Residents who rely on the transit system, also find it difficult as transit times to Timmins don’t accommodate those who have to travel to Timmins at the time they need.

With East End residents required to travel to Timmins to do their shopping, Metro did not take into account there are five other grocery stores to shop at, less sales for them. At the time of the closure they offered a free bus ride, but that did not work out.

With a decline in shoppers coming to the Porcupine Mall this only hurts the other businesses at the mall and with the the new school season fast approaching, it will be more frustrating grocery shopping and the expenses keep getting higher, which may cause many to cut back on school food items and necessities.

I am asking that Mayor Pirie put pressure on Metro (who own the Porcupine Mall) to secure a grocery store for the Porcupine Mall so that we can enjoy the convenience of bulk shopping or picking up last-minute grocery items.