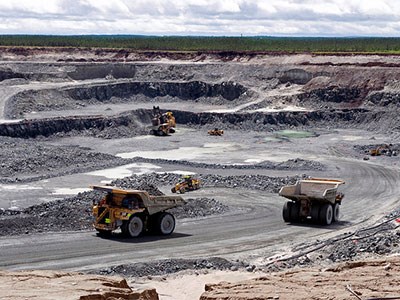 Kirkland Lake Gold is the subject of a class action lawsuit filed in U.S. District Court in New York for allegedly defrauding shareholders about its business plans before its $4.9 billion-acquistion of Detour Gold announced last November, Reuters is reporting.

Shareholder Stephen Brahms accuses the Toronto-headquartered mining company of making false and misleading public statements during 2019 about the risks associated with the all-in sustaining costs and reserve grade.

Brahms claims the company's statements artificially inflated the share price prior to the Nov. 25 announcement of the Detour acquisition, which caused Kirkland Lake Gold shares to fall 17.3 per cent in Toronto and 17.2 per cent in New York.

The lawsuit seeks unspecified damages for Kirkland Lake shareholders from Jan. 8 to Nov. 25, 2019.

CEO Tony Makuch is also named as a defendant. The company has not issued a response.

Kirkland Lake Gold has operating mines at Macassa in Kirkland Lake and in Australia. The deal to acquire Detour Gold was finalized in late January.