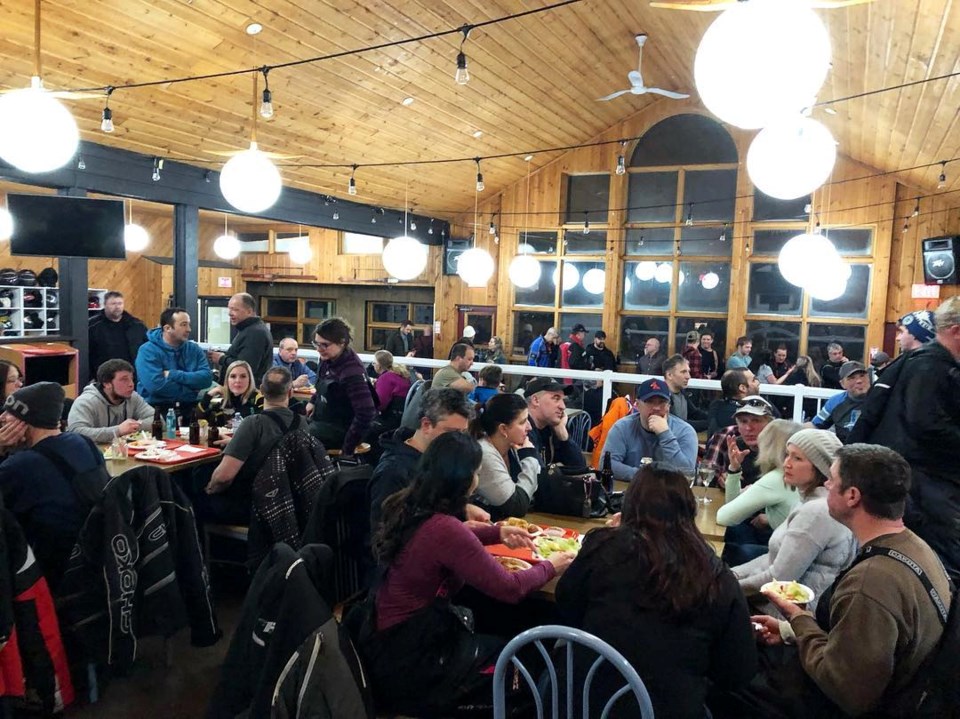 Kamiskotia Snow Resort shared this photo on Facebook last season at one of the popular weekly Ride N Dine events.

A popular weekly dinner catering to snowmobilers is back.

Kamiskotia Snow Resort's weekly Ride N Dine is starting up again this Wednesday, Jan. 15. The menu for the kickoff is homemade chili served will salad and a bun. The cost is $10.

Kamiskotia general manager Eric Philipow said the trails to get to the hill are open.

“Everything’s open, the grooming looks great and there’s some fresh snow on the way too so the trails will be in good shape for Wednesday. And the weather’s also supposed to warm up compared to the weekend so there’s no reason not to come out,” he said.

As long as the weather holds out, the Ride N Dines usually run until around the March Break.

Over the past couple years, Philipow said the dinners have been growing, and they expect close to 200 people per dinner when the weather co-operates.

The hill is not open for skiing during the event.

So far, Philipow said the ski season has been really good.

"We had an outstanding Christmas Break in terms of attendance and weather and snow base and everything else so we’re definitely not in a position to sit and complain. We’re just trying to...build that momentum and keep having a good season,” he said.

The tube park has also been a popular attraction. He said the first-night tubing sold out in about 10 minutes.

For more details on what the weekly meals being served up are, keep an eye on the Kamiskotia Snow Resort Facebook page.

BEYOND LOCAL: The impact worrying about the environment has on our mental health
Jan 28, 2020 9:25 AM
Comments
We welcome your feedback and encourage you to share your thoughts on this story. We ask that you be respectful of others and their points of view, refrain from personal attacks and stay on topic. To learn about our commenting policies and how we moderate, please read our Community Guidelines.