It's official. Gilles to run in Timmins

'I was born and raised in Timmins. My wife and I raised our daughters in Timmins, so Timmins is our home' says Bisson
Jan 11, 2018 2:05 PM By: TimminsToday Staff 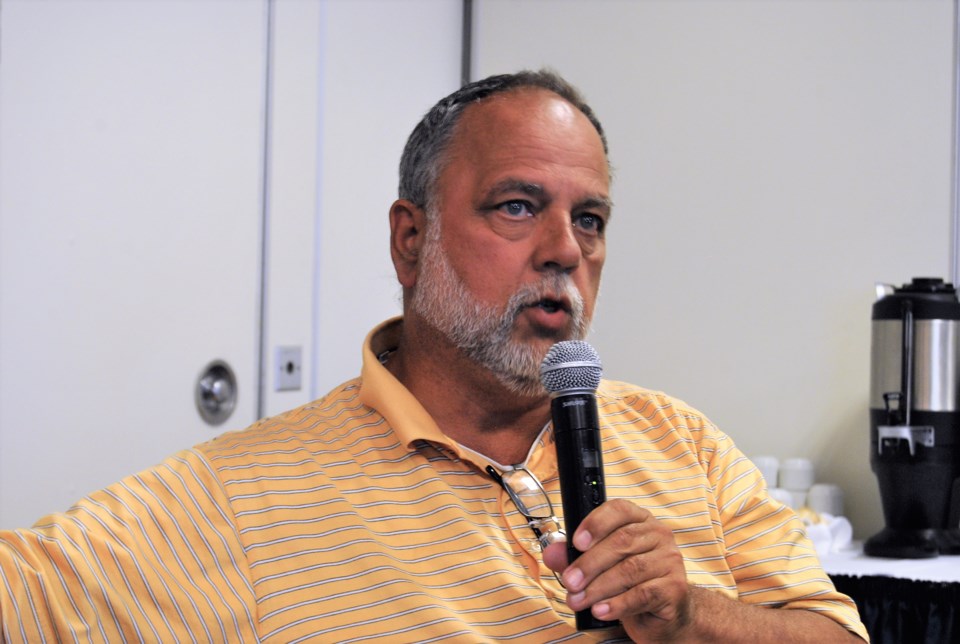 NEWS RELEASE
NDP MPP GILLES BISSON
*************************
On Thursday, NDP MPP Gilles Bisson announced that he will be seeking re-election in the new provincial electoral district of Timmins in the election this spring.

“This was a very difficult decision for me. I have served the people of Highway 11 and the James Bay coast for nearly twenty years so having the riding split up is like losing a part of the family,” Bisson said.

“I have built many lifelong friendships with people in the Northern and Western part of my riding and I thank them for giving me the honour of serving and working with them.”

In October, the Representation Statute Law Amendment Act passed unanimously, dividing the ridings of Timmins-James Bay and Kenora Rainy-River into four ridings that will be contested in 2018—Kiiwetinoong, Mushkegowuk-James Bay, Timmins, and Kenora-Rainy River.

Bisson said that one of the main factors affecting his decision was that he lives in Timmins.

“I was born and raised in Timmins. My wife and I raised our daughters in Timmins, so Timmins is our home.”

Bisson said his work is not done at Queen’s Park, noting that winter highway road conditions, hydro rates, long-term care, and health care are among his top priorities. New Democrats have announced plans for Canada’s first universal pharmacare plan, a hydro plan to bring Hydro One back into public hands and rates down by up to thirty per cent for residents and businesses, a “find-and-fix” public inquiry into long-term care and hospital funding that matches or exceeds inflation, population growth and the unique needs of each community in order to end chronic overcrowding

“I am very happy that Northern Ontario will be gaining two new voices at Queen’s Park and I’m ready to represent the people of Timmins once again,” Bisson said.

Bisson was first elected to the Legislature in 1990 as the Member of Provincial Parliament for the former riding of Cochrane South and has held the seat for the Timmins-James Bay riding since its creation in 1999. He has also served as House Leader for the Ontario NDP at Queen’s Park since 2011.

Power outage planned for some Kapuskasing-area customers this week
Jul 12, 2020 9:00 AM
Comments
We welcome your feedback and encourage you to share your thoughts. We ask that you be respectful of others and their points of view, refrain from personal attacks and stay on topic. To learn about our commenting policies and how we moderate, please read our Community Guidelines.