How sweet it isn't! 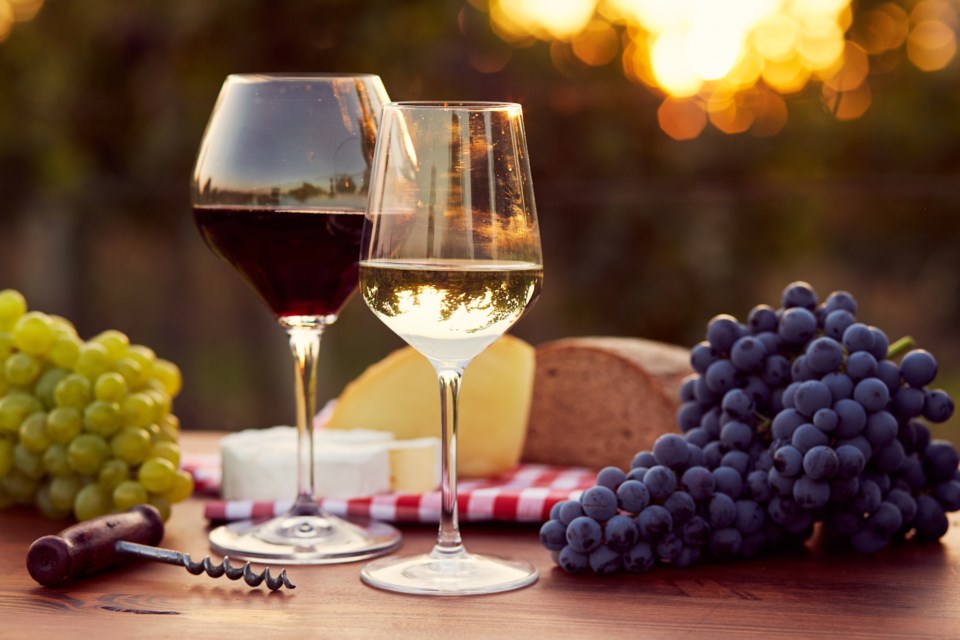 A recent article on the on-line SevenFifty Daily Dispatch took a look at the “State of the Union” for traditional sweet wines. It noted that, whereas in 1950, 70 per cent of all wines consumed in the United States fell in the dessert or fortified category, by the year 2000, that figure was down to just 2 per cent.

On the one hand, that may be a huge drop; on the other, when you compare the American wine industry of 1950 to what we would find 50 years later, you recognize that there has been a tremendous increase in consumption of wine, and that tastes have gradually been educated and refined, so that drier wines have become, really, a part of everyday life, such as they had been in Europe for generations.

Thinking of my own imbibing, while I appreciate sweeter wines such as Port or Ice Wine, these would likely not amount to even 2 per cent of what I drink.

I don’t think that Fortified wines such as Port or sweet wines such as France’s Sauternes or Hungary’s Tokaji are at risk of eradication. Simply, drier wines have become for many part of the norm– and for a high percentage of people, I expect, the traditional sweet wines never did play a significant role in their “spiritual” consumption.

Put those factors together, and it may be that it isn’t so much a matter of sweet wines falling out of favour as it is a matter of a broad range of “new” consumers (since 1950!) having come to enjoy drier table wines on an almost daily basis.

Still, the SevenFifty article was informative and provided some fascinating insights into developments in regions associated with the production of sweet and fortified wines.

Let’s start with Port.  Port is a fortified wine made in the Duoro region of Portugal in the area centering on the town of Porto – sometimes known as “Oporto”. Traditionally, fermentation is stopped by the addition of neutral spirits while there is still significant residual sugar.

Relative to table wines, Ports tend to be higher in alcohol and sweeter in flavour. Stylistically, Ports range from simple Ruby Ports all the way to Vintage Ports, with a number of other styles such as Tawny and Late-Bottled Vintage Port in between.

The establishment of the European Union brought in regulations that made it easier for growers to make their own wine instead of having to sell their grapes to the big Port houses. In addition, some vineyards are not suitable for producing grapes for Port wines – especially vineyards at higher elevations. Furthermore, given that Port often requires significant aging time before it is released, producers recognize that adding to their portfolios dry wines which can get to market sooner makes sense. 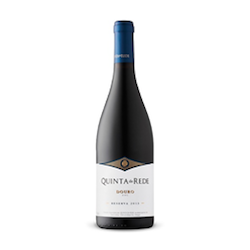 From the Feb. 2 release, Quinta da Rede Reserva 2013, $17.95, is a fine example of a dry Duoro red, with bright fruit and real harmony and fine-grained tannins. (This can seem a bit expensive, considering many good wines from Portugal can be found between $3 and $15; however, the best dry reds can be in the $100 range, and much higher.

Bruno Prats of Bordeaux’s Cos d’ Estournel is working in partnership with the Port house Symingtons, to produce a serious red wine, Chrysea. The 2014, released a year ago cost $104. Prats & Symington Post Scriptum Chrysea 2016 is the more affordable “second” wine in that venture. It was on the Feb. 16 release, and can be tracked down in various stores in the Toronto area – it is $38.95 a bottle, and earned a 92 from the Wine Enthusiast, which suggests it will be better from 2021. (two bottles remain available on-line)

I am looking forward to some examples from Casa Ferreirinha, the dry-wine branch of the Ferreira Port house. Ranging from $13 to $20 a bottle, these may provide more readily accessible insight into a Port house’s approach to dry wines.

Port is not the only sweet wine whose producers are diversifying by adding dry wine to their portfolio.

Hungary’s Tokaji (To- Kay) was a renowned dessert wine for generations, but fell into the doldrums with the Communist take-over of Hungary following World War II. It has gradually been re-asserting itself through vineyard re-habilitation and a return to classic wine-making practices.

There is only one Tokaji on the general list. The 2013 Tokaji Szamorodni Sweet PDO has 53 grams of residual sugar. This is barely a quarter, if that, of the amount of sugar in an Ontario Ice Wine. Nor does it have the acidity needed to truly “redeem a dessert wine. Still, it is only $15.25 for 500 ml. This is a good chance to introduce yourself to the category, and this wine would pare well with after-dinner cheeses or light desserts.

To really explore the category, you want to look for a Tokaji Aszu, with which the grapes have been affected by the “noble rot” which dehydrates them, concentrating the sugars.

The top-level Tokaji is the "Eszencia", made from individually harvested grapes. Vintages On-line offers the Imperium Tokaji Aszueszencia 2000 for $195. The bottle is 375 ml. We are in rarified company indeed.

The primary grape used in Tokaji is Furmint, though most recently the portion of this strong and tart grape used in Tokaji has been reduced. As it takes four years for an “aszu tokaji” to be ready for market, having a dry version of Furmint helps wineries to manage financially.

In the LCBO there is but one dry Furmint available, with the Highway 401/Weston Road store having the lions share presently - 79 bottles. There are 5 bottles available on-line. 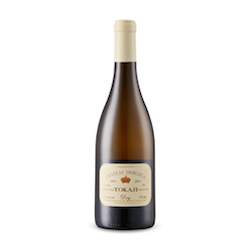 Dereszla Tokaji Furmint Dry 2015 is $17 a bottle. Vintages describes it as having “intense aromas with a fresh smell and a mild citrusy, peachy nature. The fruit character dominates, when first tasted. Low acidity and pleasant finish.”

As with Port and Sauternes, it can be interesting and informative to try the dry versions, particularly in the light of their famous sweet relatives.

Sauternes is the great dessert wine of France, with Chateau d’Yquem the greatest of all, selling for around $1,000 a bottle. Others are far more affordable for about $30 a half bottle, but the most desirable are all several hundreds of dollars apiece.

The only example of a dry wine from one of the “big boys” is the Chateau Rieussec “R” de Rieussec  2017, $43. Here is what robertparker.com has to say about it: “Composed of 53 per cent Sémillon and 47 per cent Sauvignon Blanc, the 2017 R de Rieussec simply sings of ripe peaches, pink grapefruit and lemon curd with touches of elderflowers, honeysuckle and straw. The palate is medium-bodied and packed with zingy stone fruit and citrus layers, supported by a wicked backbone of freshness, finishing long and minerally. Score - 90-92.” There are 5 cases currently in Oakville.

Rieussec Sauternes retail for $200 to $400 a bottle, and so the “R” de Rieussec is a relative bargain. I guess.

All in all, the world’s classic sweet wines are in no danger of disappearing.  Considering the care given to their production, one can be easily tempted to try their far less expensive dry versions. At least once, perhaps. 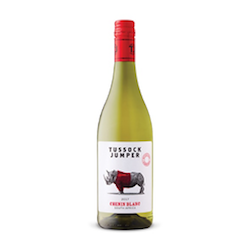 Chenin Blanc is the trademark white grape for South Africa, where it goes by the name of “Steen”. The March 2 release brings us two decent examples at just $12.95 each. Tussock Jumper 2017, with a sweater-wearing Rhino on the label, promises peach and pineapple on the nose and palate, with a long crisp aftertaste. The 2018 Swartland Winemaker’s Collection may show more citrus, and winealign.com detects a matchstick or sulphurous note on the nose – which often disperses after a while.

Konzelmann Late Harvest Gewurztraminer 2016, $15.95, took gold at the 2018 Ontario Wine Awards. Konzelmann is one of the “Old Guard” original Ontario wineries, and its wines always offer good value. This off-dry beauty is described by Vintages as “characteristically aromatic, ripe and richly textured [and is] intense and vibrant with precise rosewater, lychee, ginger, and lemon citrus.”

Hugel Gentil is a lovely and popular blend from Alsace. The 2016, $18.95, is described by Ian d’Agata of vinous.com as “the best I remember in years. It’s a delicious, lovely fresh wine that is … easy-going and full of early appeal.” - 90.

Robert Mondavi Napa Valley Chardonnay 2015, $29.95, is creamy, clean and seamless. The lush orchard fruit comes on beautifully, and then slides into a gentle vanilla spice and perfectly integrated acidity on the finish. Wonderful texture and balance. It may be more than we usually spend, but is well worth the difference.

El Gorú Monastrell/Syrah/Petit Verdot 2017, $13.95, from the Jumilla region in Spain emphasizes fruit and round mouthfeel, along with some meaty and spice notes. The white version, Gorú El Blanco 2017, also $13.95 is still on the shelves. A Muscatel/Chardonnay blend, it picks up some floral notes from the Muscatel, along with apple-like crispness from the Chardonnay. 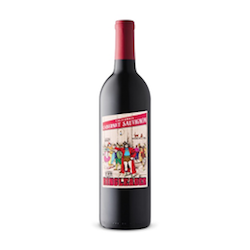 The Ringleader Cabernet Sauvignon 2017, $17, is a new wine for us from California, and not to be confused with the Langhorne Creek wine from Australia. The emphasis here is on being fruit-forward, with cherry, black-currant and even raisin-like flavours. Don’t look for complexity, just enjoy it with pizza, chilli or wings.

Or, you could pick up a bottle of Franschhoek Cellar The Churchyard Cabernet Sauvignon 2016, $14.95 from South Africa. Expect some dusty leather, oodles of dark fruit and a satisfying finish. The Decanter World Wine Awards give this one a 90.

La Tremenda Monastrell 2016, $17.95, from Spain is a Vintages “Wine of the Month” with a robertparker.com 92. The Parker people suggest that “it has the character of the variety, with its elegant rusticity with a fresh, herbal twist and a palate with fine-grained tannins, nicely textured and with a supple very tasty finish.” 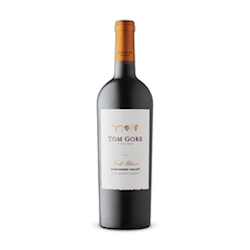 Most Tom Gore wines I have tried have been in the $20 range, but the impressive 2014 Reserve Field Blend from the Feb. 16 release kicks in about $10 higher at $29.95. A true “field blend”, it comes from vineyards in which a range of different vines have been interspersed, and all are harvested and vinified together. Deeply coloured, it has terrific depth of dark berry flavour with overtones of chocolate and spice. The tannins on the finish are silky…silky, that is, if you have given the wine a chance to breathe and open up. Let that happen and it is wonderful. So, again: let it breathe…and then give it mouth-to-mouth!

Here's a list of reopened Timmins businesses
Jun 1, 2020 2:33 PM
Comments
We welcome your feedback and encourage you to share your thoughts. We ask that you be respectful of others and their points of view, refrain from personal attacks and stay on topic. To learn about our commenting policies and how we moderate, please read our Community Guidelines.