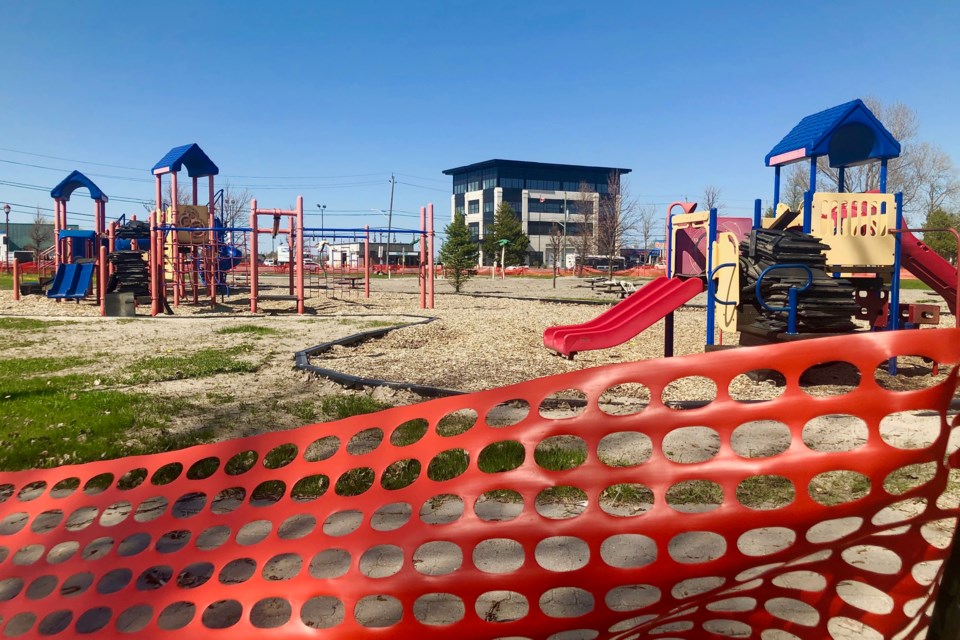 Work at Hollinger Park is ongoing.

This week, council awarded Niagara North Inc. the contract to supply and install the soft tile surface at the splash pad for $127,895 plus HST.

The project was originally tendered last spring as part of the remediation work at the Timmins park. When the one bid received was more than double the $125,000 budgeted, the project was broken into two parts and a new RFP was issued. Two bids were received for the new RFP.

According to CAO Dave Landers, work on the splash pad is expected to be done by late June.

For the other work on the north side of the park, he said the walking path and lighting is being installed from mid-June to the end of July. In mid-June Lafleur will start the top soil and hydro seeding work, with the completion date being the end of July. Miller will also be repaving the parking lot in July.