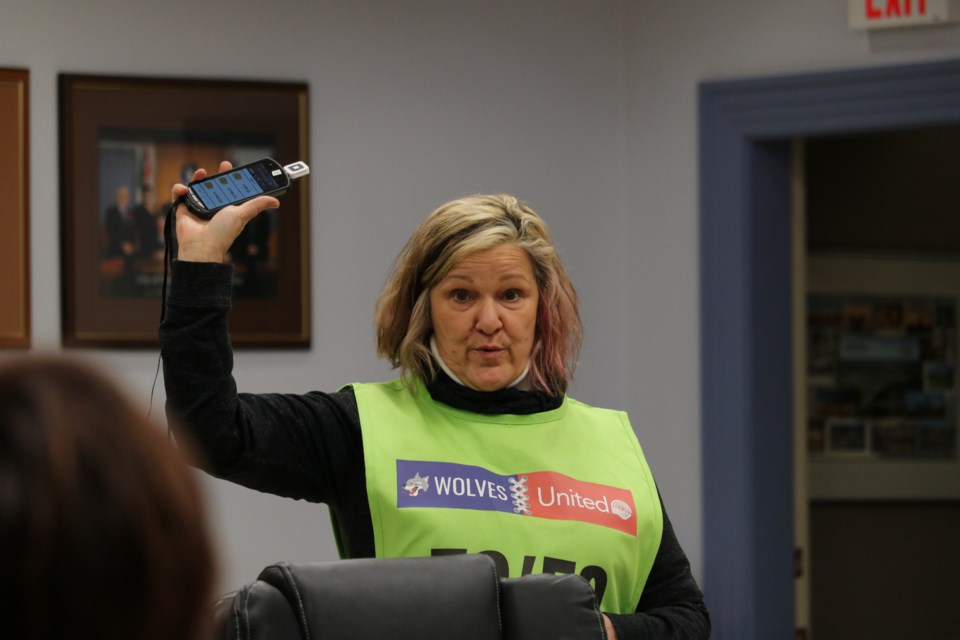 Purchasing 50/50 tickets at Stars And Thunder 2018 will likely become a lot quicker and convenient.

The City of Timmins has entered into an agreement with the United Way to oversee the 50/50 draws, which were wildly popular in 2017. Science Timmins was the lone beneficiary last year to the tune of $210,000. Festival organizers have heard the calls from the community that it would be nice if more beneficiaries could be a part of this year's draws.

Last year there was $50,000 cap on total sales, and on Canada Day, the final day of the festival, tickets were sold out by mid-afternoon. With the United Way overseeing things in 2018, there will be no limit to the heights the jackpots could soar.

Cullen, out of the United Way's Sudbury office, told council there is a very strong commitment to ensure fairness and responsibility.

"This has been vetted on the United Way side of things through our executive level, our finance level, our allocations level, and our board level. So its really had four levels of transparency for me to get here today and say 'you know what, we're in this' and we're in this to do it right hopefully," said Cullen.

He called it a 'true partnership' between the United Way and the City of Timmins.

Regarding the technology to be used in 2018, Cullen said it will elevate the profile of the festival. He hoped it would lead to more ticket sales for the event.

Each 50/50 sales rep will carry a smart-phone like device to increase efficiency. They have become quite popular at Sudbury Wolves games, despite lower attendance numbers this season, likely due a struggling on-ice performance. Cullen called it 'very professional, state of the art technology.'

He mentioned that early on Mayor Steve Black had concerns about possible interference or lag on the festival's wireless networks.

"I wanted to re-assure the council, and all staff involved with the festival that there are backups to the backups of these systems. This is a totally private cellular network that is working this technology," he said.

The 50/50 vendors will all wear co-ordinated, highly visible neon vests. They will be able to sell tickets by credit cards, and cash. A receipt will be printed immediately and handed to the purchaser.

"We have quadrupled the revenue with these devices compared the rip-off tickets," said Sandie Emden, a United Way volunteer from Timmins, who now lives in Sudbury and sells 50/50 tickets at Wolves games.

Cullen said there will be 'high scrutiny' with the volunteers, but with high respect. He also emphasized the Timmins-centric nature of the fundraising opportunity.

"All the money that's raised out of this, every cent will stay local. Every cent. And that's important to state that here, on the record," he said.

"All agencies that are non-profit, or registered charities, will be to able to apply and qualify for funds," said Jennifer Gorman, Regional Navigator at the United Way's Timmins office.

"We are going to be offering information sessions to the non-profits and the charities, with our application, teaching them how they can apply, trying to make sure that they do qualify," she said.

Gorman added that the amount of volunteers an organization is able to provide for the festival will increase the amount of funding they may qualify for.

"Yes, some agencies are smaller than others. They might be able to only to provide a certain number of volunteers, they will qualify as well, but maybe just for a smaller amount of money."

Mayor Steve Black was pleased with the progress made thus far.

"I think this provides a great opportunity for our charities and non-profits in the community to all have the opportunity to take part," he said.

Details are still being worked out at another update will be presented to council in the near future, with much of the information for potential applicants available.

Cullen sees the 2018 festival as a huge opportunity for local groups and organizations.

"These numbers are going to be decent, high numbers that are going to effect your community for a long time," said Cullen.

Festival 50/50 draws could be much bigger in 2018
Jan 10, 2018 7:07 PM
Comments
We welcome your feedback and encourage you to share your thoughts. We ask that you be respectful of others and their points of view, refrain from personal attacks and stay on topic. To learn about our commenting policies and how we moderate, please read our Community Guidelines.