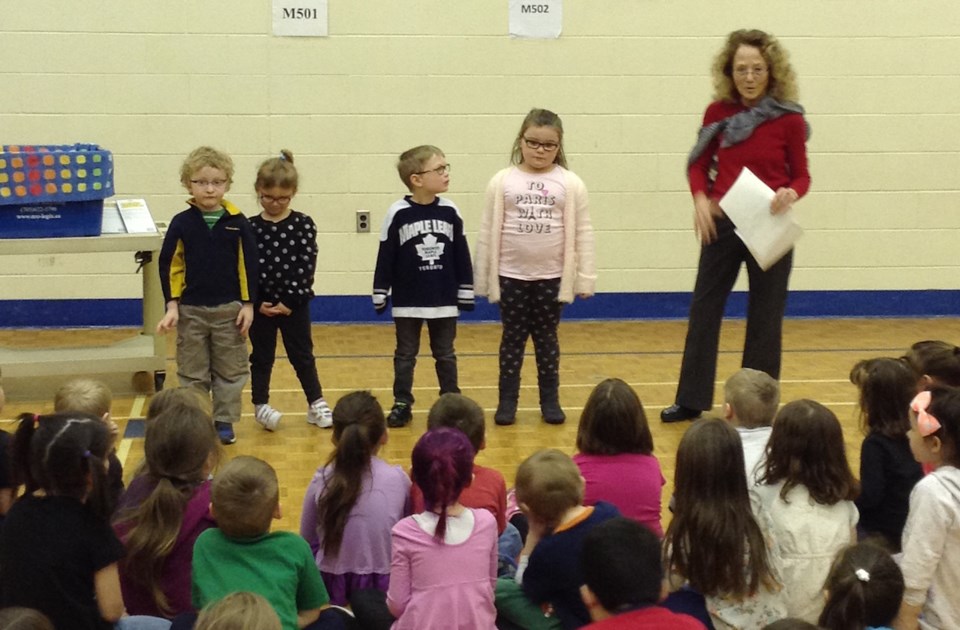 Every year in Ontario, 4,000 to 6,000 children lose the use of one eye, and countless more do badly in school, because they have an eye problem that is not treated in time.

But not this year in Kirkland Lake.

The program was introduced in four elementary schools to check the vision of junior and senior kindergarten children.

The goal: to see that each child who needs treatment receives it.

Those tests identified children who ought to have a full eye exam.

As a result, 79 children later received an eye exam right at school, at a time when a parent could be present.

Fourty-two children turned out to have eye problems needing treatment and/or frequent monitoring.

Twenty children received glasses, and seven were referred to ophthalmologists for treatment of a lazy eye.

A lazy eye - an eye that turns outward - will cease to see if it is not corrected before age 8.

Correction requires only eye exercises and, sometimes, minor surgery on a muscle.

All four optometrists in Kirkland Lake went to the schools to perform these eye exams: Drs. Douglas and Linsey Yade, and Drs. Allan and Ross MacIvor. Portable optometry equipment was moved from school to school until all the exams were finished.

This program is part of a research project designed to work out the practical problems that would be encountered in testing kindergarteners' eyes province-wide.

Dr. Maurer is Distinguished University Professor in the Department of Psychology, Neuroscience and Behaviour at McMaster University.

"A child who can't see properly often does poorly in school and becomes a behaviour problem. And if a lazy eye is ignored, that eye will go blind."

In Ontario, family doctors are expected to keep an eye on children's eyes, but according to Dr. Maurer, "They aren't trained to do this, and they have neither the equipment nor the time."

The programme is the initiative of Dr. Daphne Maurer and of Dr. Agnes Wong, Chief of Ophthalmology at Toronto’s Hospital for Sick Children.

It is being conducted in collaboration with the Ontario Association of Optometrists and is funded by a research grant from the Canadian Institutes of Health and the Natural Science and Engineering Research Council.

Glasses are provided by the Ontario Association of Optometrists’ Eye See...Eye Learn program.

Investigation leads to further charges after break-in at South Porcupine pharmacy
Mar 29, 2020 1:37 PM
Comments
We welcome your feedback and encourage you to share your thoughts on this story. We ask that you be respectful of others and their points of view, refrain from personal attacks and stay on topic. To learn about our commenting policies and how we moderate, please read our Community Guidelines.