Two new brews will be available at the Junior A hockey games this season
Aug 27, 2019 8:00 AM By: Maija Hoggett 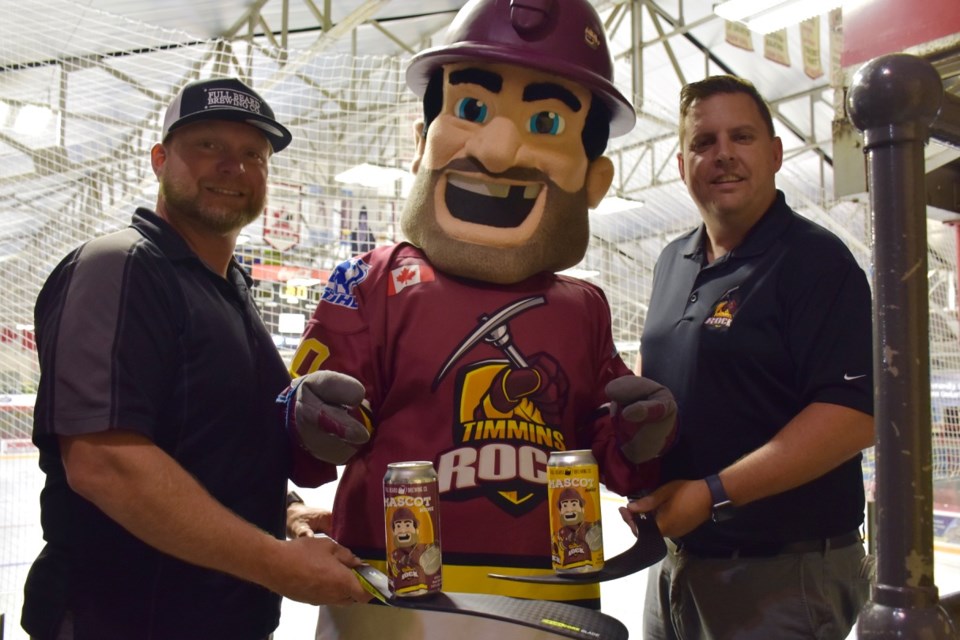 If you plan on being thirsty at Timmins Rock games this year, Full Beard Brewing's got your back.

The Timmins brewery and Junior A hockey team have a refreshing partnership for the upcoming season — two new brews that will be sold at Rock home games at the McIntyre Arena.

It was Full Beard who reached out to the team for a partnership.

"We were happy to get on board and we collaborated some great ideas and we’ve come up with The Mascot, which features two different brands,” said Ted Gooch, Timmins Rock president.

This Wednesday's exhibition game will be the first chance to get a taste of the collaboration. The puck drops at 7 p.m. for the game against the Pelham Panthers.

“Fans will be able to get out and have a chance to try both brands and see which ones they like and hopefully they will like both,” said Gooch.

The Home version is the 705 beer launched earlier this year.

“We decided to come up with a Home beer, which is a little bit lower in alcohol, a lighter beer on carbs and calories. It’s a crushable blonde ale,” explained Benjie Potvin, one of Full Beard's owners.

The Away beer is the popular Bearded Prospector.

Partnering with the Rock was a natural fit for Full Beard.

“Personally, myself, being involved in hockey with my partners, I think five out of the six of us still play hockey and love hockey and have season tickets,” Potvin said.

The Mascot beer will also be sold at the brewery located 219 Wilson Ave. starting Thursday.