Former Timmins man back in jail after admitting to drug, gun possession

Police discovered the firearms the day after the man assaulted a woman
0
Sep 10, 2019 12:00 PM By: Linda Richardson 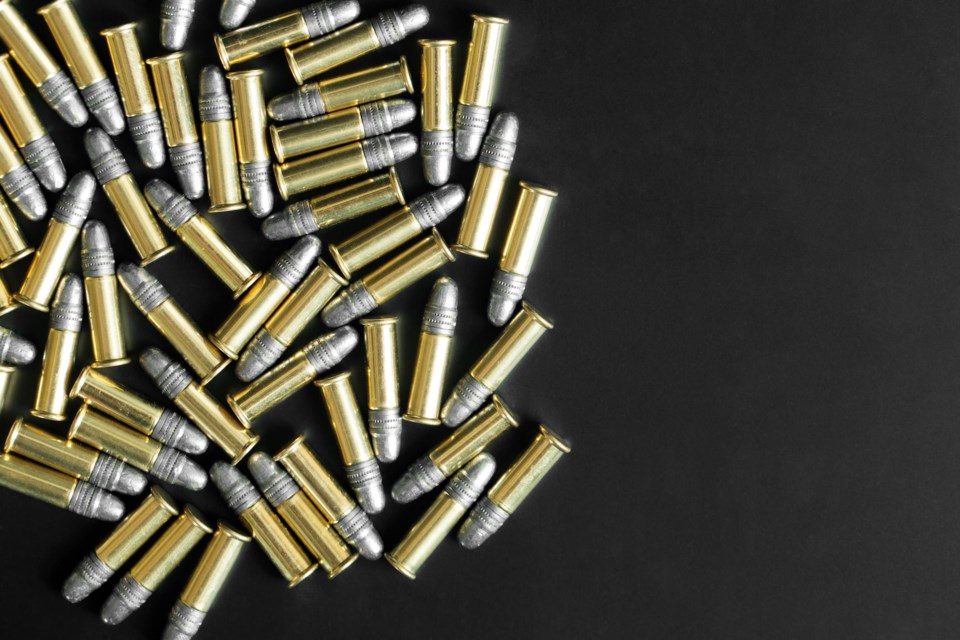 Police found a .22 calibre handgun in a jacket pocket and a rifle in a guitar case. Stock image
SAULT  STE. MARIE -- When Sault police searched Daniel Saba's Pim Street apartment - the day after he was charged with assaulting a woman - the  officers found loaded firearms and a stash of narcotics.

A .22-calibre handgun was discovered in the pocket of a leather jacket and a .22-calibre rifle inside a guitar case in the basement, an Ontario Court judge heard Thursday.

In the box, there was 22.4 grams of methamphetamine, 3.02 grams of cocaine and 4.5 grams of fentanyl, assistant Crown attorney Karen Pritchard said.

Saba, 61, pleaded guilty to nine charges, including three counts of possession of a controlled substance for the purpose of trafficking.

The accused, who is originally from Timmins, also was convicted of assault with a weapon and five firearm and ammunition offences.

Justice John Condon sentenced him to two years jail, and with the credit Saba received for his pre-sentence custody, he faces a further nine months behind bars.

Police responded to a domestic violence call from his residence at 10:37 p.m. on Nov. 11.

A woman, who had been living with him for three months, told officers he had been using drugs, acting strangely and calling her names.

When her son contacted police, Saba became angry and hit her with a wooden chair, Pritchard said.

The woman fell to the floor.

He then threw a heavy multi-tool, with a hatchet on one end and a knife on the other, at her.

"She said it just missed her," the prosecutor told the court.

After Saba was arrested, the woman indicated there was possibly two or three weapons in the apartment, and police obtained a search warrant.

It was then they located the loaded firearms, bullets and drugs.

Testing of the handgun revealed it doesn't meet the criteria for a weapon because it has mechanical malfunctions and so there can't be charges involving it, she said.

The sentence imposed by Condon was a joint submission from the Crown and defence lawyer Ken Walker.

Saba's "substantial" criminal record is "replete with violence" and offences under the Controlled Drugs and Substances Act, Pritchard said.

"A lengthy sentence reflects the gravity of the nature of the offences."

Walker indicated there were triable issues regarding the police search.

When Condon imposed the sentence, he noted Saba's record began in 1975 and continues until today.

He has convictions in Timmins, London, Quebec, Sudbury and Sault Ste. Marie for offences that include robbery, arson, threatening and assault with a weapon, as well as many involving narcotics.

Condon told him it's discouraging to think, that despite appearing before many judges, nothing they have said caused "you to change your lifestyle."

He suggested it also "must be discouraging for you that you keep showing up in court," adding, "there is no rhythm to your life which gets interrupted by long periods of custody."

Suggesting Saba doesn't have a lot of respect for court orders, Condon said that "hopefully, some day the message will get through to you and your criminal life will come to an end."

In addition to the jail term, Saba will be on probation for three years and can have no contact with the woman he assaulted.

Condon imposed another life-time weapons ban, saying the court will try this one more time.

He also ordered the forfeiture of the guns, ammunition and drugs.

"I hope this is the beginning of a turning point in your life," he told Saba. "You must be tired of this."

EDITOR'S NOTE: TimminsToday does not permit comments on court stories

About the Author: Linda Richardson

Linda Richardson is a freelance journalist who has been covering Sault Ste. Marie's courts and other local news for more than 35 years.
Read more