Fencing off park seen as a tactic to punish community, says resident

MacDonald gives alternatives for work at Hollinger Park
Feb 21, 2018 9:26 AM By: Maija Hoggett 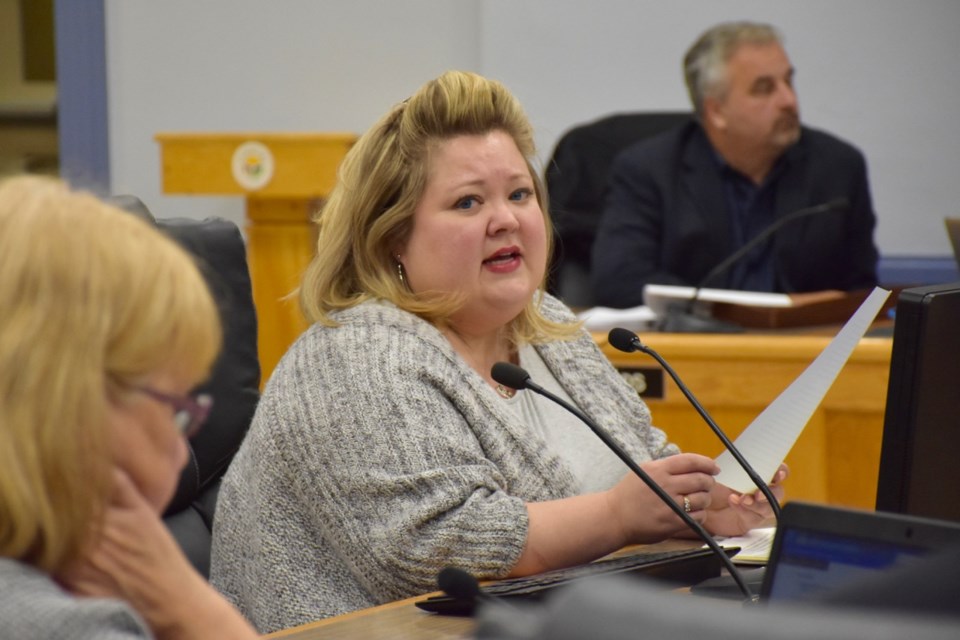 Leena MacDonald urged council to reverse its decision to fence off access to to Hollinger Park this summer. Maija Hoggett/TimminsToday

While upgrades to Hollinger Park are wanted, council is being urged to rethink its decision to fence off access to the play areas this summer.

After a heated debate earlier this month, council voted to close the park to the public for the first half of the summer.

At that time, CAO Dave Landers said work in the playground and splash pad areas could start as early as May, with the hope of it being ready to use by mid-July.

Fencing off Hollinger Park was brought up in a report about Stars and Thunder, the eight-day music festival kicking off in the south portion of the park June 24.

According to the report, there were concerns during the 2017 event about broken glass from beer and wine bottles, discarded cigarette butts, as well as alcohol consumption and public urination.

Since council voted to fence off access to the park, there has been online criticism about the decision.

Leena MacDonald told council that a Facebook poll on the decision in the Timmins, Ont. group shows residents do not want access to the park cut off.

“It is the most popular web poll that we’ve had on the history of that page, there are over 1,000 votes and about 100 votes for the fence,” she said.

She said hundreds of people have contacted her since the announcement.

“People in our community are angry, they’re upset and they’re hurt. Many people are not comfortable contacting council themselves, so I found myself in the position of being a point of contact for a lot of them,” she said. “People are genuinely mad that access to the park is going to be restricted in the spring.”

In 2016, it was revealed that there are higher than normal levels of lead, arsenic and antimony in the surface soil at the park.

Work to replace contaminated soil in the south portion of the park in Fred Salvador Field means 2018 concert-goers will be standing on gravel, and baseball won’t return to the diamond this season.

If remediation is a concern for the north area of the park where the playground and splash pads are located, MacDonald offered some alternatives.

She said the work could be delayed to the fall, which would allow access to the splash pads during the hottest months.

If the changes need to be done as soon as possible, she suggested accelerating the work by potentially working at night and scheduling overtime.

“Are the upgrades to the park wanted by the community? Absolutely. Nobody is saying to kibosh the plans for Hollinger Park, it needs to be a better place. But please don’t do it in a way that the people who are paying for it feel that their input is not valued,” she said.

During the 2017 Stars and Thunder, Hollinger Park was also a gathering place for people to watch the fireworks or listen to the music.

Tickets sales for the 2018 edition are slower than last year.

In the last update to council, 3,004 tickets had been sold, whereas at the same time last year there were 12,683 tickets sold.

“For young families or single parents on a fixed income, the price of admission is far beyond their reach. Some of these people sat in the park last year for a few nights just to have their kids enjoy music and fun, that option is being taken away from them this year and it’s not fair,” she said.

By not allowing access to the park during the festival, MacDonald said it’s being seen as a way to increase ticket sales or a “tactic to punish the community for not buying tickets.”

Coun. Joe Campbell said the reports he’s seen do not suggest a "tremendous risk" to any people using the park

“We’re not closing that park because we can’t come up with a schedule for remediation, we’re closing that park for one reason, because we don’t want anybody sitting there listening to music free of charge. If you think the 1,000 people or so that were in that park outside that fence with their families watching fireworks are going to rush out and buy tickets to alleviate the slow ticket sales, I don’t think that’s going to be the case at all,” Campbell said.

Council did not have another vote on fencing off the park. The work will be up for discussion again when the redesign plans are brought to council.

No park for you (3 photos)
Feb 7, 2018 9:30 AM
Comments
We welcome your feedback and encourage you to share your thoughts. We ask that you be respectful of others and their points of view, refrain from personal attacks and stay on topic. To learn about our commenting policies and how we moderate, please read our Community Guidelines.