Ottawa is requesting an independent review of thousands of documents detailing sexual and physical abuse of Indigenous children at St. Anne's residential school.
Mar 19, 2021 8:48 AM By: Canadian Press 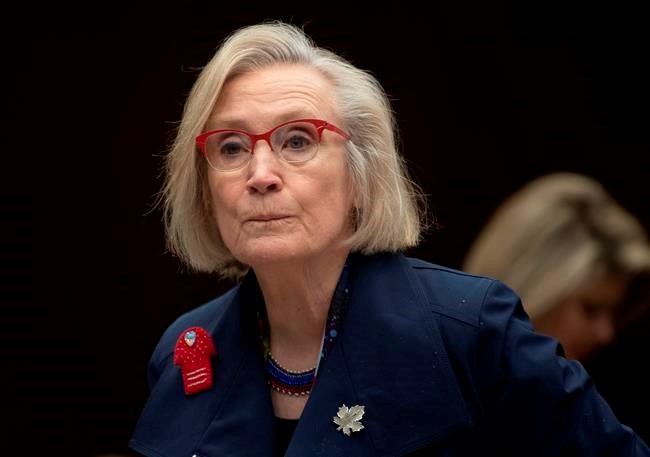 Ottawa is requesting an independent review of thousands of documents detailing sexual and physical abuse of Indigenous children at St. Anne's residential school.

Crown-Indigenous Relations Minister Carolyn Bennett says the third-party review is in response to concerns raised by some St. Anne's survivors who say the government failed to disclose all relevant documents as part of the compensation model created by the federal Indian Residential Schools Settlement Agreement.

Before 2015, certain documents relevant to St. Anne's, in Fort Albany, Ont., were also not included in the out-of-court compensation model created by the settlement agreement — a move the court ruled was an error on Canada's part and said should be fixed.

Bennett says the Liberal government understands this has affected the trust and healing of some survivors of St. Anne's, which operated from 1902 to 1976.

“We believe that this approach will balance timely court intervention, inclusiveness and a desire not to require any additional steps from St. Anne's survivors, their families or communities to participate in the review,” Bennett said.

Canada will also provide dedicated health support funding for the survivors during this review process, in recognition of the distressing nature of the abuse suffered by Indigenous children who attended the school in Fort Albany in northern Ontario.

“The mistreatment of Indigenous children, including those who attended St. Anne's Indian Residential School, is a tragic and shameful part of our country's history,” Bennett said.

“Regardless of the court's determination, our actions today are intended to demonstrate concrete steps to begin to rebuild the relationship between Canada and survivors of St. Anne's. We must never forget the tragic impact of residential schools and we must learn from the courageous experiences shared by survivors."

This report by The Canadian Press was first published March 18, 2021.