On Tuesday, Premier Doug Ford will ask the provincial legislature to extend Ontario's state of emergency for another four weeks due to the coronavirus pandemic.
Jun 1, 2020 5:45 PM By: Global News 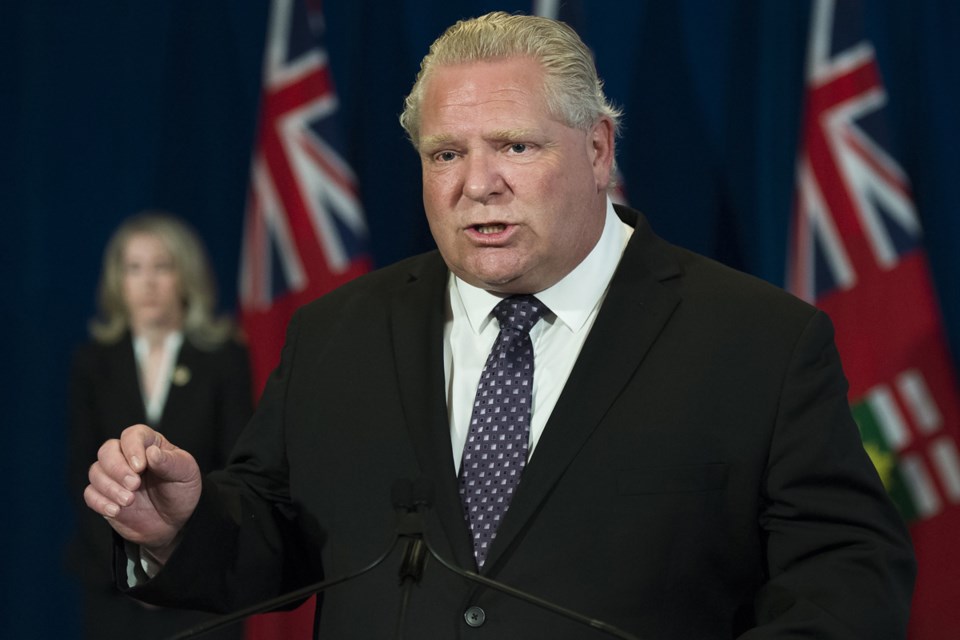 On Tuesday, Premier Doug Ford will ask the provincial legislature to extend Ontario’s state of emergency for another four weeks due to the coronavirus pandemic.

The premier confirmed the news on Monday, but would not say when any further restrictions would set to be lifted.

“We’re working very aggressively on coming up with a plan to get the economy going based on the numbers,” Ford said. “Four weeks is a long time. So a lot of things can happen in the four weeks, especially if we see the numbers come down.”

Ford then made way for Health Minister Christine Elliott, who gave no indication that Ontarians would see any major changes Tuesday.

“We need to take a careful and measured approach to any further opening up of the economy,” she said.

She said there were four factors which would be the basis for when we see adjustments.

“The number of new cases, we need to see them continuing to go down,” Elliott explained.

“They have bobbed up and down a little bit in the last week to 10 days but generally speaking, they seem to be going down.”

The health minister also said we need to make sure hospitals have space for a sudden surge in COVID-19 cases, that the health system is doing enough testing and that there is enough contact testing in place.

Ford first declared a state of emergency across Ontario on March 17 which has since been extended twice. He could not say whether he would need to extend it for a fourth time at the end of June.

“We have no plan right now. Four weeks down the road, are we going to extend it or not?” Ford asked. “We’re just going to do what we feel is right to protect the people.”

The premier reiterated the news that he was considering a regional approach to reopening the province.

“With the Toronto and GTHA area, we’re looking at a little different approach because the numbers are a lot higher in the GTA,” Ford said.

Ford said he has been in discussions with stakeholders from across the province to try and put a regional plan together.