Designs being drawn up for eventual replacement of South Porcupine bridge

A culvert is also being replaced on Frederick House Lake Road
Apr 7, 2021 2:20 PM By: Maija Hoggett 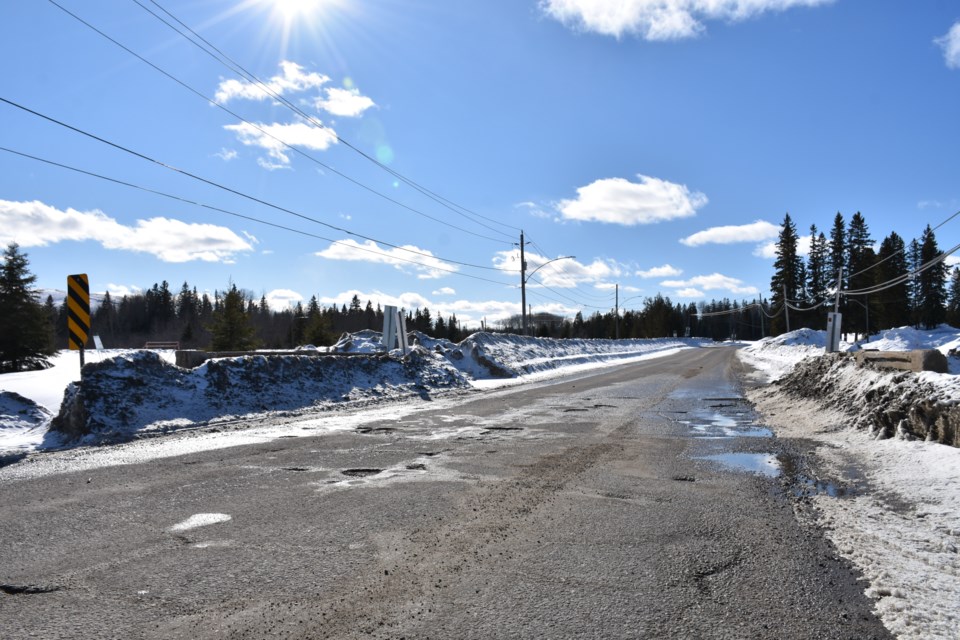 A file photo of the bridge on Bruce Avenue in South Porcupine.Maija Hoggett/TimminsToday

Designs will soon be drawn up for bridge and culvert replacements in the east end of Timmins.

Tuesday, council approved a $279,171 contract for Associated Engineering (Ont.) Ltd. to do the design and contract administration for the Bruce Avenue bridge in South Porcupine and the Moose Creek culvert on Frederick House Lake Road.

“From an asset management, these were both critical bridges that had to be done so they were at the top of the lists,” Pat Seguin, Public Works and Engineering director, told council.

The Bruce Avenue bridge has had a load restriction since 2015. The Moose Creek culvert is a wooden box culvert at the end of its useful life, according to the report.

The South Porcupine bridge is near the soccer fields used by the youth league.

Coun. Mickey Auger asked if the whole creek could be covered where soccer is played.

Seguin noted, however, that there is a sucker spawning ground in the area.

“From an environmental perspective, bridges are not necessarily a good thing. They’re a necessary evil for getting a road to cross so you typically would only keep the bridge just enough to pass the vehicles over,” he said.

The anticipated construction for the projects is 2023.

Seguin noted some of the approvals take a long time. Because of the spawning beds, he said it has to go through fisheries and there's an environmental assessment to be done. If the work can be done earlier and the budget allows for it, he said it can be moved forward.

The city's budget for the project is $450,000. The leftover money will be put toward paving various streets this year.

“Because we did trim the paving budget due to the Connecting Link project going at the same time,” said Seguin.