Particularly during an economic crisis, graduating from university should not sentence students to a lifetime of debt.
Oct 28, 2020 8:55 PM By: The Conversation 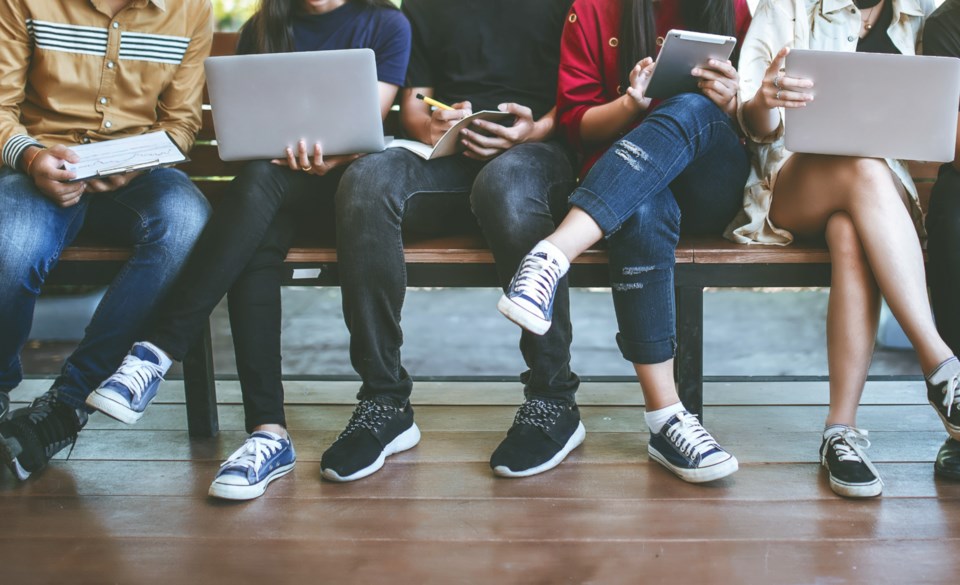 Universities have adopted labour practices in common with the private sphere that result in a rise of precarious work in universities. In 2016, one-third of part-time professors, many of them women, did not make enough money to raise them above the poverty line.

In the COVID-19 context, young people have reason to be concerned as the entry-level job market has significantly “dried up,” and employers are now revoking job offers or cutting back their graduate recruitment plans.

As our society endures a second wave of COVID-19, now is the time to take stock of what is important for our collective future. With little fanfare, our publicly funded post-secondary education system has been eroded over time, diminishing the promise it once held. We should demand change.

Post-secondary education is not only essential for shaping people’s career development and future socio-economic standing, but it’s vital in developing their skills in critical thinking, problem-solving, social and emotional regulation, collaboration and civic engagement.

Education is a key social determinant of health and well-being. But post-secondary education faces increasing demands for greater corporatization, privatization and compliance with externally imposed (government or donor) priorities. This neoliberal turn has indeed created important shifts in Canadian universities that should give us pause.

Ontario, which educates roughly 40 per cent of all post-secondary students in Canada, has perhaps the highest stake in the future of higher education. Currently, Ontario university students have the highest student-to-faculty ratio (31:1) in Canada, compared to a national average of 22:1.

This means that Ontario students are paying more money for their education, while also being subjected to higher-than-average class sizes relative to universities outside the province.

Ontario students also now have to pay as much to learn in their own virtual classrooms during the pandemic as they did for on-campus education. Many have protested, but for universities to make cuts to tuition fees would also likely mean cuts to services and instructors.

Universities have endeavoured to replace absent government funding with tuition raises, so tuition rates have skyrocketed, particularly for international students, whose fees have made up the shortfall. Higher Education Strategy Associates (HESA), a research and consulting firm, notes in a 2020 report, The State of Postsecondary Education in Canada:

Alex Usher, president of HESA, noted in 2018 that “… some major institutions … are receiving more money from international students than they get in operating grants from their provincial governments.”

Ontario has among the lowest funding levels per student in Canada at the post-secondary level. In 2002, it was the lowest in North America, with the exception of Alabama. In 2017-18, the province’s funding per university student was 37 per cent lower than the average for the rest of Canada, according to the Ontario Confederation of Faculty Associations.

As the Student Emergency Student Benefit has ended, many students, bereft of jobs they once filled to support their education pre-COVID, are now in poor financial shape to pay for their fall classes. Deprived of government-funded grants and loans, students are taking on ever-increasing loads of debt to fund their educations: almost half of students surveyed by the Canadian Alliance of Student Associations say they will need to rely more on government loans owing to the fallout from COVID-19, with little assurance of obtaining a stable, good-quality job to pay off the debt.

Indeed, the average student is saddled with $26,000 in loans after completing university.

The weakening of labour laws in Ontario has certainly not helped in eschewing the growing trend of labour precarity for young people. In this competitive work environment (one in which housing and social resources are scarce), the inability of students to find gainful employment after college or university may affect the mobility of generations into the future.

The future of PhD students is also not as promising as it once was. After years of study, and the debt associated with it, many graduates interested in academic life now face an uncertain and insecure career, often as contract faculty. Sessional faculty now comprise 53 per cent of the faculty complement in Ontario universities. Half of them don’t make more than $50,000 a year.

Due to COVID-19, Ontario has temporarily shelved its plans to impose performance metrics to hold universities responsible for the future of their graduates, and the precarious labour market they must compete in. One indicator tied government funding to universities’ graduate earnings, expecting that, irrespective of labour and economic conditions, students would land jobs immediately following graduation — but the pandemic has revealed the capriciousness of trying to tie post-secondary education closely to the labour market.

The decline of publicly funded universities has led down the slippery path of privatization.

When universities rely on private funding from donors, whose names feature prominently on innumerable university buildings or who sit on university governance boards, places of learning are subject to corporate values and practices (efficiency, secrecy of institutional budgets and operations, the erosion of collegialism), threatening university autonomy.

Privatization erodes human rights and leads to greater marginalization: as Philip Alston, UN Special Rapporteur on extreme poverty and human rights, has concluded, people living in poverty are more likely to go without privatized services or be forced to pay higher prices for them.

It doesn’t need to be this way in a wealthy country. People in Ontario and across Canada must demand better.