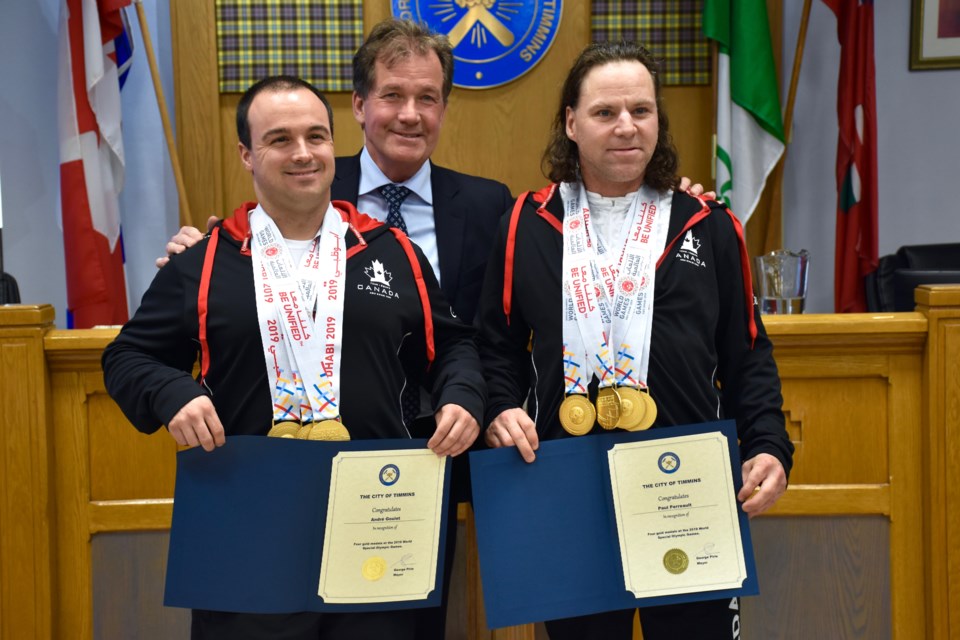 Champion powerlifters were given a special shout out at the Timmins council meeting.

Timmins Mayor George Pirie has honoured to recognize the athletes, who he said have been extremely successful.

At the start of the April 23 council meeting, they were awarded certificates congratulating them on the achievements

Second round of surveys collecting new data from businesses
May 25, 2020 2:15 PM

Man accused of stealing chocolate bars from discount store
May 25, 2020 1:45 PM
Comments
We welcome your feedback and encourage you to share your thoughts. We ask that you be respectful of others and their points of view, refrain from personal attacks and stay on topic. To learn about our commenting policies and how we moderate, please read our Community Guidelines.