Could Angus become the next NDP leader? 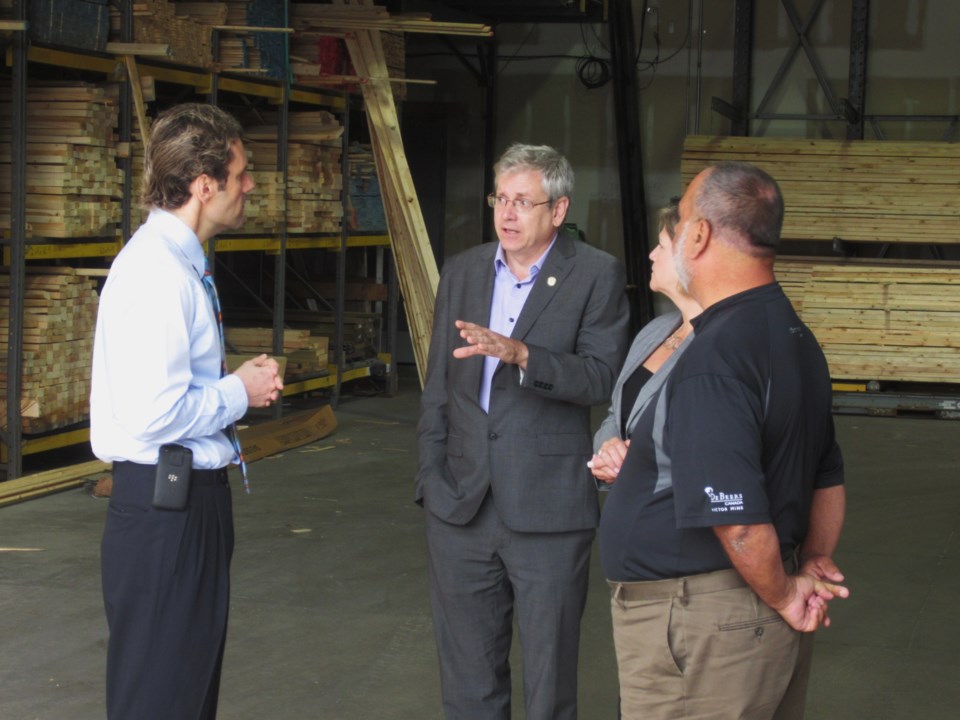 On Monday, Parliament Hill newspaper The Hill Times published an article on potential candidates for the leadership of the federal New Democratic Party.

Timmins-James Bay MPP, and NDP Caucus Chair Charlie Angus was one of the names mentioned as perhaps being a 'front-runner' if he were to enter the race.

"I certainly read it. I was very flattered and humbled by some of the positive talk. I have nothing to do with the article. They called me to comment, but I had nothing to say. My focus right now is, I'm the Caucus Chair, and I'm very busy with that work," Angus told TimminsToday on Tuesday.

In the article, Sally Housser, a senior consultant with Navigator and former NDP staffer, said that Angus is viewed as 'the real deal' and as something of an 'Anti-Trudeau' and more of a 'man of the people'.

She also said that if Angus were to run, he would likely do so reluctantly.

"I think he's more driven by the good of the party than by any personal ambition," said Housser.

Angus has been openly critical of the Liberal Prime Minister since he took office, and on Twitter he even compared him to the perpetually shirtless character Randy from Trailer Park Boys, due to the PM's recent topless photos cropping up on social media.

Although willing to brush off the article as mere speculation at this point, the veteran MP did not outright deny a potential bid.

"This is going to be a very long leadership campaign. So there's a lot of speculation, and that's okay," said Angus.

Angus, who added "people are calling me", emphasized how far away a decision is in the political calendar, as the NDP isn't deciding its new leader until October of 2017.

"Right now, I'm just doing my work, I don't have much else to say. I don't want to fuel the speculation, things will happen as they happen" said Angus. 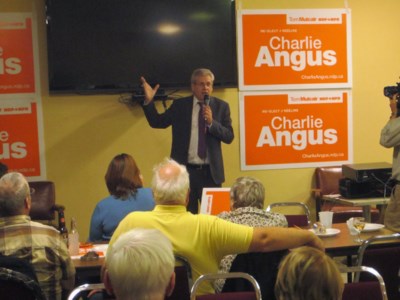 MP Charlie Angus addresses his supporters on October 19, 2015, after being re-elected in the riding of Timmins-James Bay. Andrew Autio for TimminsToday

The Hill Times article mentioned Olivia Chow, the widow of the late Jack Layton, as another front-runner. Chow resigned her seat in Parliament in March of 2014, in order to run for Mayor in Toronto in October that same year. She ended up placing third behind the victorious John Tory, and Doug Ford.

"Its very early. There's all kinds of names being thrown about, but nobody has really stepped forward with a campaign, and I don't expect any campaigns to start kicking off until probably mid-winter. There's going to be a lot of time before people put theirs heads forward," said Angus.

"These are the dog days of summer. People are speculating, but I haven't seen or heard any real movement yet, so we'll just keep watching," he said.