'My work is more to make people think rather than just doing something beautiful'
Nov 21, 2020 1:00 PM By: Dariya Baiguzhiyeva 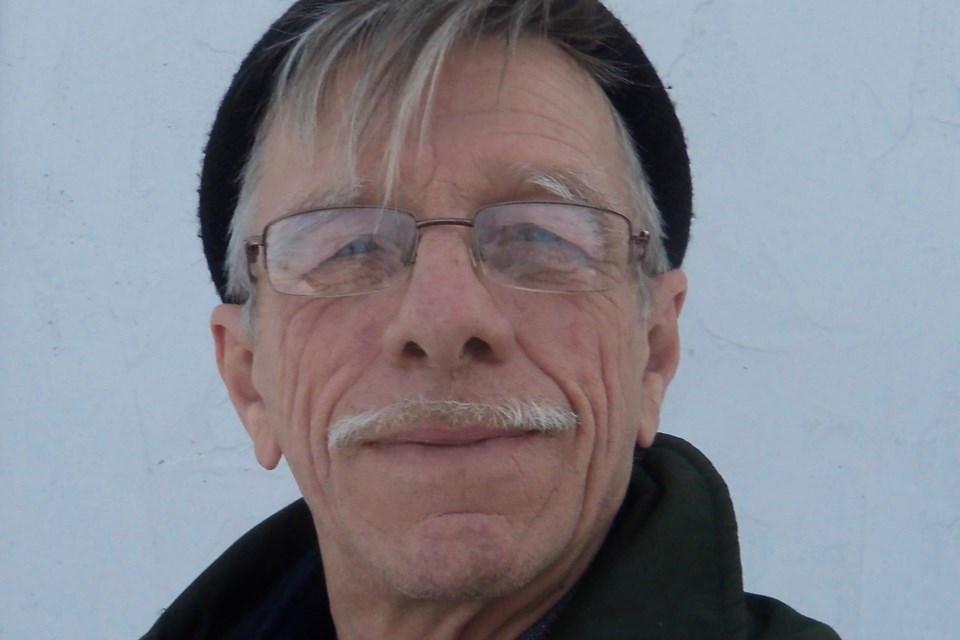 Laurent Vaillancourt is a contemporary artist living and working in Hearst. Supplied photo

A contemporary artist is showing Franco-Ontarians that there are more forms of art than just drawing.

“In Northern Ontario, we’re not very much exposed to contemporary art and that’s what I’m doing,” says Laurent Vaillancourt. “Often, people think of art as beautiful paintings of animals, landscape. I think, 'Why not be exposed to more contemporary artwork?'”

Vaillancourt, 65, lives and works in Hearst. He describes himself as "eclectic" and takes inspiration from everyday life and his conceptual work can be influenced by geometry, etymology and botany.

“I’m not just a painter or just a sculptor. I look for means to express things which would be the best,” he says.

His latest project involved using photography, and that was the first time he’s ever done that. The exhibition, Cent ans, c’est beaucoup, is being showcased in businesses’ windows in downtown Hearst as part of the Hearst sur les planches festival. The photos went up this week and will stay on display until Dec. 18.

Vaillancourt’s first artistic explorations included drawing and working with macramé. After he got a bachelor’s degree in landscape architecture, he started focusing more on work that could be displayed outside.

“I can’t do that with a rope because it will rot or it will not age well. Also, in public sculpture, the textile is not very good because it’s difficult to clean,” he explains. “So, I said, ‘Why not work with steel cable?’”

In the early 2000s, he travelled to almost 20 communities in Ontario, starting in Cairo, stopping by in cities like Paris, London, Melbourne and Warsaw and finishing in Alexandria for a project called Sphères – Tournée mondiale en Ontario.

“In each place, I would weave a globe with the steel cable,” he says. “I would leave the globe in each community. I would invite people to see me weave that globe. And when it was done, I would ask someone from my audience if they wanted to be the guardian of the globe. Because I started to organize that in 2000 and then Sept. 11, 2001 [happened] … so that “world tour” was about peace and each interaction was necessary to keep the globe together.”

Vaillancourt also served as a chair for the Canadian Artists’ Representation/Le Front des artistes canadiens (CARFAC) for about six years. He’s still a member of the organization. When he was on the board, he says it was difficult to find bilingual employees in Toronto.

His Franco-Ontarian background is reflected in his Minute de vie/ Small things of life exhibition. It was a collection of small encapsulated objects presented in Sudbury, Toronto and Hearst. The title of each work was a word that exists in both English and French and holds a different meaning.

“My best example would be “lame.” Lame is a blade in French,” he says. “I would take an object that would be reminiscent of the word or the word and I would try to find an object that is small enough to fit in a capsule, which is about three inches in diameter.”

Vaillancourt’s career also served as a basis for Gabrielle-Louise Noël’s master’s thesis presented at York University. Initially, she wanted to write about one of his works but Vaillancourt suggested she expanded her thesis.

“It was quite interesting to see it from another perspective,” he recalls.

Vaillancourt was awarded Prix du Nouvel-Ontario for his artistic contributions and received the Chalmers Grant from the Ontario Arts Council.

“It’s very gratifying to be recognized by your community,” he says.

When people buy artwork, they have to stand by it, according to Vaillancourt. He says people usually buy reproductions of artists like Pablo Picasso or Vincent van Gogh.

“People go for secure things, so they don’t have to explain why they bought it, why they like it. They’ll go for something safe that other people recognize as good artwork,” he says. “If they buy something that is a bit odd or different, people go, ‘Why did you buy that?’ So, people have to stand by their choice and it’s easier to stand by your choice when it’s recognized.”

Being an artist is about persevering and keep on doing one’s work, he says.

“My work is more to make people think rather than just doing something beautiful,” he says.

When one is an artist, there’s not much difference between work and free time, Vaillancourt says, but he does a lot of volunteer work, mainly with a museum in Hearst.