A Northern Ontario nurse tells the challenges of working during COVID-19 as job vacancies in health care topped 100,000 in Canada at the end of 2020, a recent journal report states
Apr 13, 2021 2:00 PM By: Len Gillis, local journalism initiative reporter 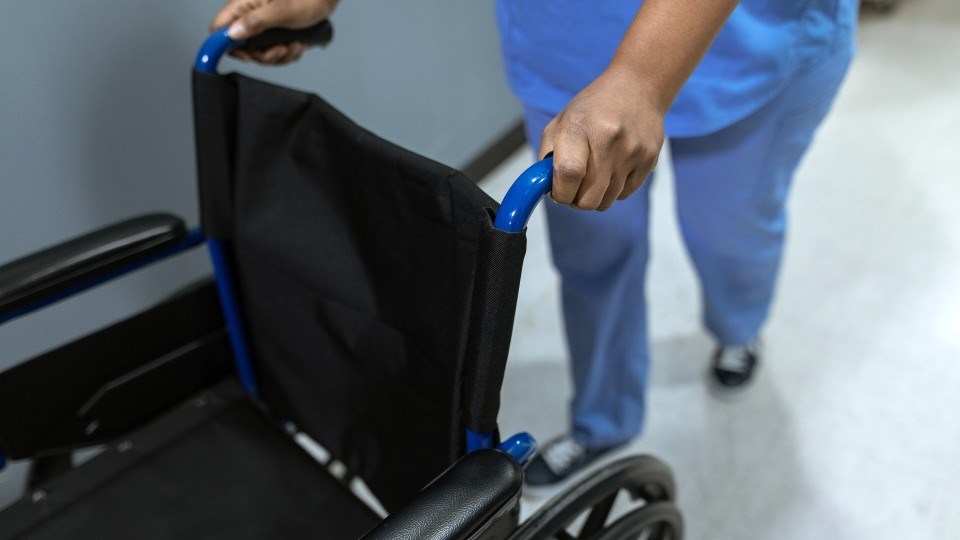 Photo by RODNAE Productions from Pexels

Concerns have been voiced over the exodus of experienced nurses who are quitting their jobs or moving into less demanding positions. It’s happening across Canada, across Ontario as well as here in Northern Ontario

The issue is discussed in the most recent issue of the Canadian Medical Association (CMAJ) journal.

The article noted that at the end of 2020, job vacancies in Canada's health care sector hit a record high of 100,300, up more than 56 per cent from the previous year. It was reported that emergency departments and intensive care units are disproportionately affected.

More recently, the concern was echoed in a recent survey carried out by the Registered Nurses’ Association of Ontario (RNAO). The results of the survey were released at the end of March.

RNAO said based on the survey, the "exodus" of nurses was "alarming". The survey was conducted from late January to mid-February taking responses from more than 2,100 registered nurses (RN), nurse practitioners (NP) and nursing students working in Ontario. The survey sourced data from nurses in all domains of practice and across all sectors of the health system, including hospitals and long-term care.

Most survey respondents — 95.7 per cent — said the pandemic affected their work, with a majority of nurses reporting high or very high stress levels.

This story has hit home in Sudbury where one nurse sent an email to Sudbury.com about their feelings on how the pandemic and its demands have impacted them. The nurse asked that their name not be used.

“I know we are in a dangerous situation, but I believe that the real threat is not being addressed. We are already experiencing a huge nursing shortage, and it is going to get much worse if something is not addressed soon.”

In the email, the nurse said the job is stressful on the best of days, but being able to relax and wind down on days off is not what it used to be.

“Due to the lockdowns and restrictions, nurses are no longer able to ‘destress’ and so many of us are in a constant state of burnout,” said the nurse.

“We are hailed as heroes, but right now, I just feel like an overworked tool. If you compare nurses to soldiers, we are like infantry being sent into battle every day with minimal rations, no reprieve, dwindling numbers, and a constant message in the media that we are ‘losing the battle’.”

Checking out the careers section of the HSN website, there were 29 current job postings for nursing positions.

In many cases, the postings were for temporary and part-time positions and many were offered with the possibility of extensions.

A general description in the job postings page said candidates could expect to be assigned to one of many nursing positions. The posting also said "while these opportunities could be in any department across HSN, we have an immediate need within our acute care settings."

Concerns were also raised that an increasing number of those in the nursing profession are younger and less experienced.

For example, the median age of emergency department nurses in Ontario’s Brant Community Healthcare System is a decade younger than it was one year ago due to recent retirements and departures for other positions, according to Tammy Coates, a nurse and the clinical manager of the department, said the CMAJ article.

“I can’t hire a seasoned nurse to save my life,” said Coates in the article.

“I have just hired four nurses who have not even graduated yet. I would not have dreamt of doing that 10 years ago.”

Junior nurses are also caring for sicker patients with much more complex needs than before the pandemic, Coates said in the CMAJ article.

Concern was also raised that the exodus of senior nurses has affected the medical triage process. It was stated by Dr. Andrea Unger, chief of emergency services at the Brant hospital, that junior nurses are not as adept in distinguishing patients who need urgent attention, from those patients who do not.

The RNAO survey also revealed that at least 13 per cent of RNs aged 26-35 reported they were very likely to leave the profession after the pandemic.

"RNAO says the number should serve as a wake-up call to employers, policy-makers and the government because the figure is four times the normal rate of attrition for that age cohort," said a news release attached to the survey.

“Losing so many nurses at an early stage in their career would have a profound and lasting effect on how our health system functions so we need to take this very seriously and act immediately,” said Dr. Doris Grinspun, RNAO’s CEO.

“I am extremely worried and more determined than ever to advocate for the retention of nurses who are early in their career.”

Added to those planning to exit the profession at a significantly higher rate than usual are late career nurses. A total of 4.5 per cent of respondents say they plan to retire now or immediately after the pandemic. Within that 4.5 per cent of respondents, nurses in the following roles are most likely to exit the workforce: nurse executives (13.8 per cent), advance practice nurses (13.3 per cent) and college faculty (10 per cent). Three per cent of staff nurses also say they plan to retire immediately or after the pandemic.

RNAO president Morgan Hoffarth also spoke out and remarked how Premier Doug Ford and Health Minister Christine Elliott have lauded the efforts and dedication of nurses, even calling them heroes in this past year.

And yet, Hoffarth said in the release, “accolades alone will not help nurses as they valiantly care for patients during this fast escalating third wave. Our colleagues are exhausted, some are even at the breaking point and what they want is a government that gives them the help they need: more staffing and more supports. As one nurse in our survey put it succinctly: ‘I don’t need more pizza, I need more people in here’ referring to her unit.”

Len Gillis is a Local Journalism Initiative (LJI) reporter at Sudbury.com. The LJI program is funded by the Government of Canada.