They've signed an agreement with the city, Friends of the Porcupine Lake Watershed
Nov 4, 2020 2:36 PM By: Maija Hoggett 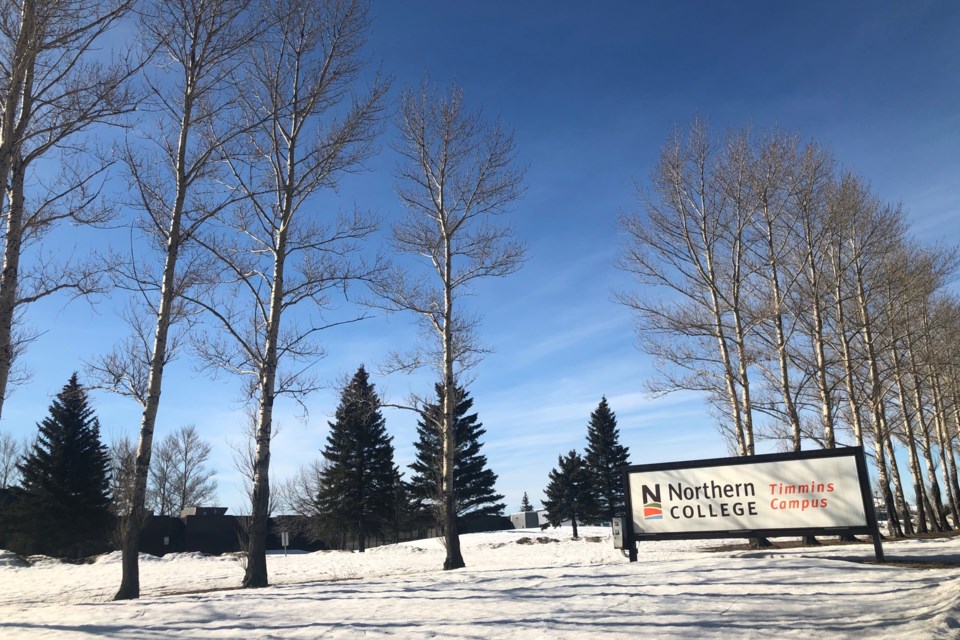 On Oct. 22, the college, located near the shore of the lake, signed a memorandum of understanding with the City of Timmins and Friends of the Porcupine River Watershed.

According to the college, the five-year project is to increase community-based workshops to raise awareness through activities such as fish and wildlife counts, planting indigenous plants to help repair the ecosystem, and measuring local snow dump contamination. It also includes creating outdoor spaces such as a memorial garden and Indigenous sacred garden.

In a news release, Northern College president and CEO Audrey Penner said the college sees an increase in students annually from people outside the area wanting to connect with the environment.

“Our proximity to Porcupine Lake and the activities and wildlife there can be something we may take for granted since it’s right here in our backyard. We would like to build upon local knowledge and help them  connect with the environment, so this partnership is a great fit for doing just that,” she said.

Residents have been raising concerns about the lake in the east end of the city for years. Right now, when the system's capacity is exceeded, raw sewage is pumped into the lake.

A two-phase project to remediate the wastewater system started in 2014.

Ground-settling and legal issues have contributed to work on phase one — building Pumping Station 4 on Highway 101 just east of the Whitney arena — not being completed yet.

At the Oct. 27 Timmins council meeting, Timmins public works and engineering director Pat Seguin said the five stations have been brought online and the work was completed in June.

At Pumping Station 4, the micropiling work began in mid-September. The schedule in the presentation shows the exterior drilling scheduled until the end of December. Interior drilling is scheduled for November, December and January, followed by the contract completion, and demobilization.

“We’re committed to have this done by June 2021and so far it looks like we should achieve this comfortably enough. I say so far, there’s a lot of work to go, a lot can happen, but so far it’s looking rather positive as to what we’ve achieved in the field,” said project manager Yvan Deslauriers.

The findings of a 2019 Ministry of Environment, Conservation and Parks study on fish in the lake were reported this week and revealed elevated levels of mercury and chromium in fish from Porcupine Lake.

The Porcupine Health Unit announced yesterday that the recommended monthly guidelines for eating fish from the lake have been lowered, and a new species was added. For two species — white sucker and yellow perch — the new advisory says women of child-bearing age and children under 15 should not be eating the fish at all. The new guidelines are available here.

“There are plans to conduct further studies on the watershed to seek out sources of pollution and discuss next steps,” said Brenda Torresan, who's a member of the Friends of the Porcupine River Watershed, in the news anouncement.

She also commented on the fish contamination, saying “it is important for people to educate themselves.”

According to the news release, the Porcupine River watershed covers nearly half the city, flowing from Big Water to Nighthawk Lake.

“We are all interconnected, and it is being realized now, more than ever,” stated Lillian Trapper, Northern College Indigenous Council on Education (NCICE) chair and Northern College Board of Governors member.

“Our environment and ways of knowing are no different. Seeing the ways in which  we can work together with the teachings of those both here now and before us to improve the  circumstances of this lake and the watershed it feeds will be intrinsic to continued wellness being sought  in all that we do here at Northern as well as within the other communities impacted by the activity we undertake.”

“I am excited that this partnership will see us engage the scientific community along with the residents in education and progressively reclaiming the natural environment so deserving of it," he said in the news release.