Club wants the city to be more snowmobile friendly 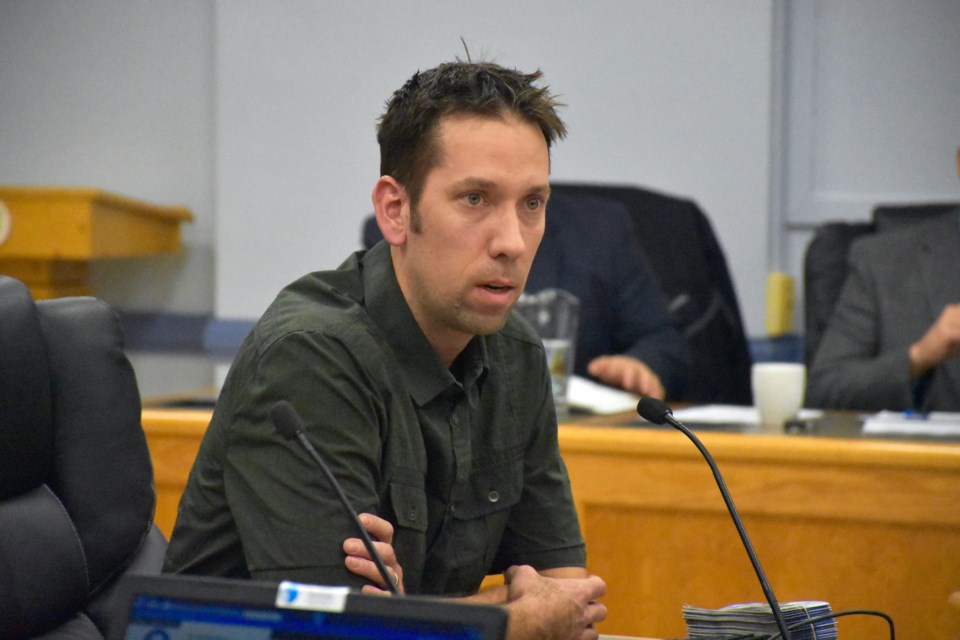 Snowmobiles and vehicles could soon legally be sharing some Timmins roads.

The Timmins Snowmobile Club has presented a phased-in plan to allow access to certain streets.

“Right now, there is very limited access to the city and we want to basically open up the majority of the streets to allow local residents to get out onto the trails or visitors to come in.”

Now that council has received the presentation, clerk Steph Palmateer said the next step is to incorporate the recommendations into the city’s snowmobile bylaw.

If council approves the changes, it would come into effect this winter.

The unique proposal for the city has been getting support from the business community, according to Dzijacky.

“We do want to promote Timmins as a snowmobile-friendly community and we want to keep tourists in the area longer,” he said.

“We want to make sure that we meet the needs of the residents, the snowmobilers, the visitors, and we want to tailor this to make it work for the area,” he said.

While council had questions for Dzijacky, they were supportive of the plan.

“I really applaud the initiative, I support it,” said Mayor George Pirie.

“I’ve been a huge proponent of taking advantage of what we have here and that’s seven months of winter, whether we like it or not.”

This is the second time the club has brought the plan to council.

Dzijacky said they first talked to the city two years ago, and used that feedback to create the phased-in approach, that would act as a trial period.

The first phase would be implemented for the 2018/2019 season and include Schumacher, Gold Centre, Porcupine, South Porcupine, Mountjoy and Connaught.

“We want to do this because the outskirts are a lot easier than dealing with the downtown core right away. The police would like to get a good grasp on how the snowmobiles are going to interact with the vehicles, we’d like to get some feedback from the various residents also,” said Dzijacky.

The second phase would include Timmins north and south.

While most of the northern area of Timmins is fairly accessible, Dzijacky said most of the downtown core would not be open to snowmobiles.

“The majority of these streets are pavement all year round,” he said.

The club has also suggested guidelines.

Dzijacky said access would be for OFSC permit holders, on most streets the snowmobile speed limit would be 20 km/hr, the driver must be at least 16 years old with a valid driver’s license or snowmobile license to be on the street, they must have valid proof of insurance, and access would be allowed from 7 a.m. to 10 p.m.

How to let snowmobilers know what streets are accessible is being discussed as well.

Dzijacky said the easiest option is putting no snowmobile signs on non-accessible streets.

The other options are to put signs on streets that are accessible, or shift the onus to drivers to visit the city’s website and become familiar with the maps and what streets are accessible.

For the trial to be a success, an appeal is being made to snowmobilers.

He said they should refrain from speeding and using Mattagami Region Conservation Authority (MRCA) walking trails, and obey laws such as no exhaust modifications.

“We need to prove to everybody as snowmobilers that this proposal could work,” he said.

“We want to show that there’s little impact on safety, speed and noise, and hopefully after our two-year trial period the Timmins Police will come back and say we had minimal incidents, minimal concerns and that we can move forward with the full proposal.”

Anyone with feedback on the project can contact them there.

The club’s presentation to council can be viewed here.

Good morning, Timmins!
Oct 1, 2020 6:00 AM
Comments
We welcome your feedback and encourage you to share your thoughts. We ask that you be respectful of others and their points of view, refrain from personal attacks and stay on topic. To learn about our commenting policies and how we moderate, please read our Community Guidelines.