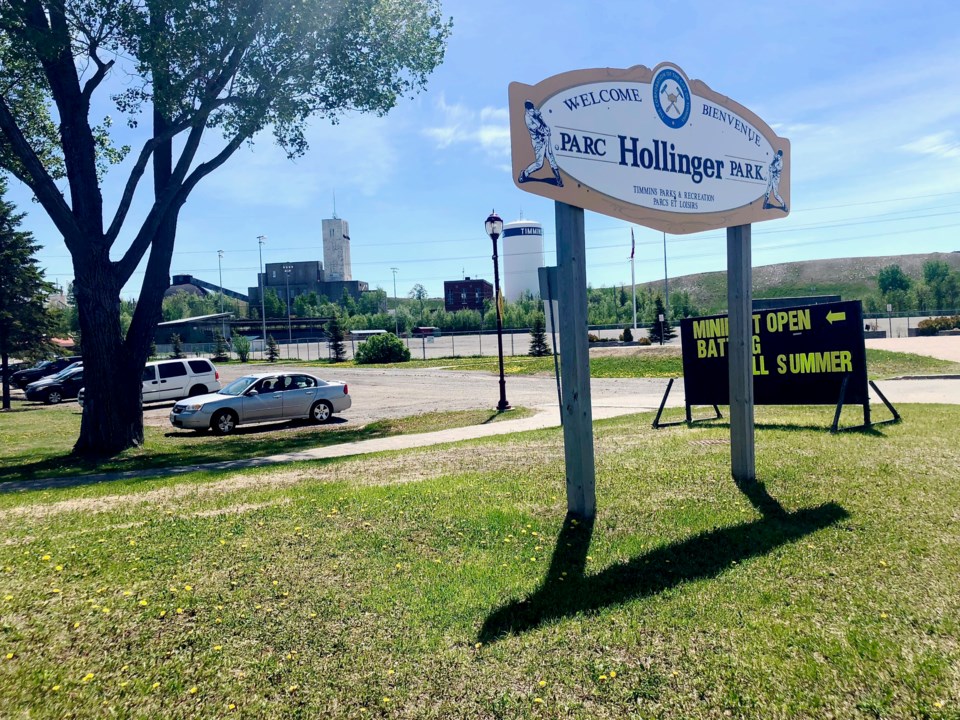 After debate sparked on social media over cutting down trees at Hollinger Park, the city says no trees will be felled this week.

Over the weekend, Ken Pye called out Mayor Steve Black on Facebook, asking him to reveal the site plan for work ongoing at Hollinger Park. As the organizer of the figure-eight skating oval, Pye even said if the site plan wasn’t posted by a certain time that he would not build Sk8te Hollinger 2019.

In the upcoming municipal election, Pye is running for the Ward 1 councillor seat, while Black is seeking another term as mayor.

In response to the online discussion, the city issued a news release to “clarify the misinformation.” It says no trees will be cut this week.

“The city has received and is reviewing a report from a professional arborist regarding the impact on the trees of the importation of fill in the park as required in the plans for remediation,” reads a City of Timmins news release.

“In the meantime, the city has requested quotations for the removal of trees, and will present advice to council when a review of the report and the park plan are complete.”

In 2016, it was revealed that there are higher than normal levels of lead, arsenic and antimony in the surface soil at the park.

The conceptual design for work at the park was presented to council this past January.

Remediation work in the park includes improving the surfaces of the playground and splash pad, removing sand and brick to be compliant with the Accessibility for Ontarians with Disabilities Act, and importing some fill to help with drainage in low-lying areas.

The city is also bringing in 12,000 cubic metres of fill for the north side of the park is expected to begin after the festival.

The plan also called for an arborist to be brought in to assess the trees in the north side of the park.

Fencing off park seen as a tactic to punish community, says resident
Feb 21, 2018 9:26 AM
Comments
We welcome your feedback and encourage you to share your thoughts. We ask that you be respectful of others and their points of view, refrain from personal attacks and stay on topic. To learn about our commenting policies and how we moderate, please read our Community Guidelines.