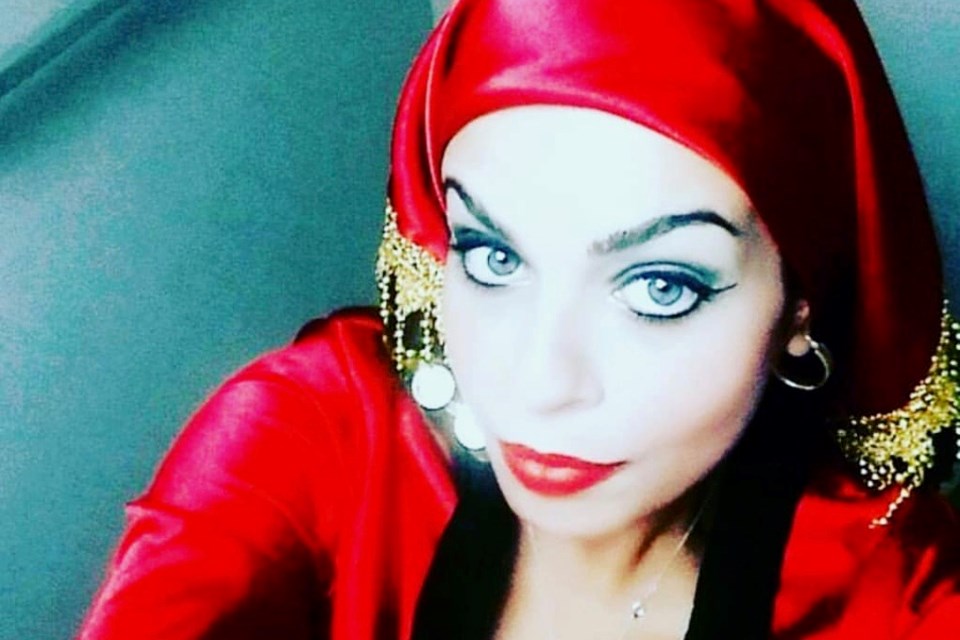 Tiffany Butch, also known as Psychic Lady Nina, was the last person to be charged with witchcraft before the section of the criminal code was repealed. The charge was withdrawn today. Supplied photo

The last person in Canada to be charged with witchcraft has had the charges withdrawn.

Today in Timmins court, the pretending to practice witchcraft charge against Tiffany Butch was withdrawn, and she has agreed to make a $750 donation to the Lord’s Kitchen.

“In the Crown’s determination that they weren’t going to proceed with this, they said that they would be content with a donation,” explained lawyer Sharon Sabourin, who represented Butch.

“That’s not to be interpreted in any way as acknowledgement of guilt or anything, but it was ultimately going to be cheaper to pay a donation and my client has no difficulty helping people that have need in the community in lieu of having to fight a battle and prove her innocence in the long run, which would have cost a lot more money and wouldn’t have gone to charity.”

Butch, known as Psychic Lady Nina locally, was charged in December, just days before that section of the criminal code was repealed.

“We were very disappointed when she was initially charged with that because it seemed to be very much a comment of the community on her and many people who share her views of spirituality, which was a little bit disappointing that in Timmins we would view people as still having some sort of criminal aspect to their faith and their spirituality. Ultimately, I think the Crown was wise in choosing to withdraw that, but we’re happy that that’s now off the books and people are free to practice their faith and their spiritual beliefs as they see fit, which should have happened many moons ago,” said Sabourin.

For Butch, whose family has a long history in the industry, she said it’s an honour to have been the last person charged.

“I feel like this is only going to bond and seal the relationships more that I have with my customers. This is only going to make me work harder. And I take it an honour that I am the last woman in Canada to be charged with witchcraft, I do,” she said.

She has been giving psychic readings for 23 years. She’s had a shop in Timmins for the past eight years, and moved here permanently three years ago.

“I will never stop telling fortune or reading for my wonderful customers that I absolutely love. Not one of my customers put in a complaint in the 23 years that I have been doing this. The truth is the love goes out to the customers because not one of them betrayed me and not one of them turned their back on me. Therefore, I feel like I must have done something right,” she said.

She said the experience has made her more spiritual, and she's been attending church more often.

"I was really happy about giving the donation to the Lord’s Kitchen Food Bank, I’m going to also be giving donation to the ROMA gypsy embassy in Toronto that my father owns - and that is on my own will, that’s because I want to do that,” she said.

Local woman charged for pretending to practice witchcraft
Dec 17, 2018 11:29 AM
Comments
We welcome your feedback and encourage you to share your thoughts. We ask that you be respectful of others and their points of view, refrain from personal attacks and stay on topic. To learn about our commenting policies and how we moderate, please read our Community Guidelines.