CRC to deploy state-of-the-art field hospital to the Philippines, Government matching donations to the Red Cross now through December 9 th , 2014 Over nine million people have been impacted by Typhoon Haiyan in the Philipines; leaving over 600 000 in
Nov 14, 2013 9:56 PM By: TimminsToday Staff 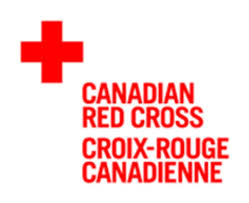 CRC to deploy state-of-the-art field hospital to the Philippines, Government matching donations to the Red Cross now through December 9th, 2014 Over nine million people have been impacted by Typhoon Haiyan in the Philipines; leaving over 600 000 individuals displaced. To date, 1458 evacuation centers have been established leaving water, sanitation, medicine, shelter, debris clearance, logistics and communications as immediate priorities. The Canadian Red Cross deployed its field hospital on November 13th to the Philippines, to provide basic health and surgical care to communities affected by Super Typhoon Haiyan. The devastating storm has disrupted water, sanitation and basic health services for millions of people. The strength of the Red Cross is their combination of community presence and global support.  For this reason, the Red Cross is seeking financial donations from community citizens and organizations.  Community-minded groups such as the Porcupine Prospectors and Developers Association have already answered the call, providing the Timmins and District branch with a $500 donation toward the relief efforts. “The photos of the destruction caused by this typhoon in the Philippines, it just shows devastation”  said Dean Rogers, president of the organization responsible for mining and exploration members, “In this day and age, we see the instant impact of these types of disasters because of all the technology available, it is important that we come together to help out.  Since the Haitian disaster in 2010, the Porcupine Prospectors and Developers Association has been supporting the Red Cross through donations and we have been giving donations in lieu of gifts to guest speakers and organizations. We support the Red Cross as it is a non-denominational organization that is ready to help anyone during their time of need.” Their organization raises money through conventions held in Timmins every 3 years and through their members. People can make donations to the Red Cross in various ways.  A donation of $5 can be made by texting REDCROSS to 303333. Individuals can also drop by the Timmins office, located at 60 Wilson. Any donations of $10 or more are eligible for a tax-receipt.  If you are sending a cheque, please ensure the memo is earmarked “Typhoon Haiyan”.  You can also call 1-800-418-1111 and donate over the phone with a credit card, or visit redcross.ca to do the same.  The LCBO is also accepting donations on behalf of Red Cross for Typhoon Haiyan relief and the government of Canada will be matching all donations made through the Red Cross up until December 9th, 2014. The Red Cross has more than a century of disaster management and conflict response experience around the world, a global network of staff and volunteers and a local presence in over 186 countries.  Anywhere that an emergency strikes, the Red Cross have personnel who know the local area, its language, culture and challenges and who can be on-scene quickly. The Red Cross is particularly effective because of its global network of volunteers, all united by seven fundamental principles that include neutrality which offers access where other organizations may be denied.  The focus right now is on mitigating the risk of a second disaster – the health emergencies. The Canadian Red Cross has currently deployed 12 highly trained staff and volunteers to the ravished country, which additional personnel on stand-by. The humanitarian impact of Typhoon Haiyan appears to be colossal, separating loved ones and creating chaos and confusion. The Red Cross Restoring Family Links program helps to re-establish contact with their family members after separation in such circumstances.  If a person is seeking a family member in the Philippines, they should contact their local Canadian Red Cross office to confidentially discuss their request with a trained volunteer or staff member. Alternatively, they can visit the Red Cross online at redcross.ca/family links.

BEYOND LOCAL: Coronavirus misinformation is spreading — what is Canada doing about it?
Aug 8, 2020 9:25 AM

Hospital $5K closer to getting new mammography unit
Aug 8, 2020 9:00 AM
Comments
We welcome your feedback and encourage you to share your thoughts. We ask that you be respectful of others and their points of view, refrain from personal attacks and stay on topic. To learn about our commenting policies and how we moderate, please read our Community Guidelines.