They also say that Canada is lagging behind other advances countries' healthcare systems when it comes to transparency and disclosure when it comes to drug companies
Aug 19, 2019 8:55 PM By: Global News 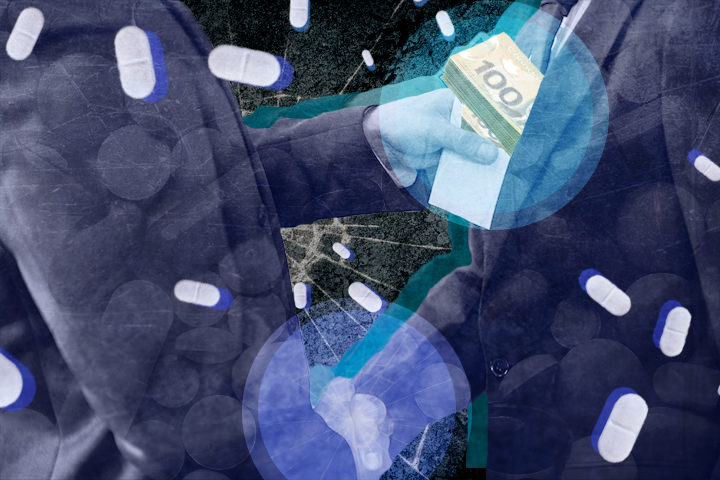 This is the fourth and final story in a four-part series about the pharmaceutical industry and the hold it has on Canada’s health-care system — swaying doctors’ opinions, funding medical schools and, ultimately, affecting the type of drugs we are prescribed. You can also read Part 1, Part 2 and Part 3.

The 10 largest pharmaceutical companies in Canada gave more than $151 million to doctors and hospitals across the country over the last two years.

But unlike the U.S. and many European countries, Canada has no legislation compelling drug companies to reveal which health-care providers got money or what it was for.

Now, experts and medical researchers are calling for greater transparency around the millions of dollars shelled out each year, as multiple studies have shown that even small transfers of value can have an effect on how physicians prescribe certain drugs.

Quinn Grundy, an assistant professor at the University of Toronto who studies corporate influences on health, said that without so-called sunshine legislation in Canada, it’s impossible to gather data to produce studies similar to those done in the U.S. and track how pharma dollars are influencing the health-care sector.

“Researchers in the States have found that a physician who attends a presentation and eats just one sponsored meal is more likely to provide or to prescribe the brand-name drug, which tends to be higher-cost,” Grundy told Global News.

In 2018, 10 drug companies paid roughly $76.4-million to health-care providers and organizations, according to companies annuals reports. However, they do not include key details, like names of physicians and what they were paid for. There is also no central posting of the information, meaning it has to be collected from each company’s website.

The reports are part of a voluntary disclosure initiative approved in 2016 by Innovative Medicines Canada, a trade group representing 41 drug companies. Only 10 companies have agreed to sign. The initiative came amidst increasing pressure from advocacy groups for transparency around the financial relationships between the pharmaceutical industry and health-care professionals.

Shelling out the most to Canadian physicians and hospitals was AbbVie with just over $13 million in total payments, followed by Novartis with just over $12 million and Amgen with around $11 million, according to the reports for 2018.

Opioids and doctor-prescribed addiction in Canada

Asked if Innovative Medicines Canada would compel more of its members to sign on to the initiative to reveal payments, the organization said the current framework is voluntary.

“Not all companies report. Ten member companies voluntarily self-reported payments on their respective websites,” Sarah Dion-Marquis, a spokesperson, said in a statement.

“For more information on an individual company’s business decisions, I invite you to contact them directly.”

Medical experts say the voluntary disclosures are essentially useless and have put Canada behind countries like the U.S., Japan and several European nations, including France and Denmark, where transparency laws allow patients to see how much money their doctors take from the pharmaceutical industry.

“We are really lagging behind other advanced countries’ health-care systems, where there are transparent or transparency regulations that require mandatory disclosure on behalf of the drug companies,” said Andrew Boozary, a resident physician at the University of Toronto.

“The fact that we continue as a laggard in this area is troubling.”

“There’s a real body of evidence that shows transfers of value have been associated with a higher likelihood of prescribing those drugs that may or may not be presented to them,” Boozary said.

Concerns around Canadian doctors being wined and dined by pharma companies led the College of Family Physicians Canada announcing last January that its more than 38,000 members can no longer earn educational credits for attending these events.

In the U.S., studies have shown how even small transfers of value can influence health-care providers.

A 2016 study published in the Journal of the American Medical Association (JAMA) found that industry-sponsored meals of less than $20 were associated with an increased rate of prescribing the brand-name medication being promoted.

Another JAMA study published in January 2018 shows that U.S. counties that saw doctors receive higher payments from drug companies pushing opioids later experienced higher overdose death rates. The study did not prove a cause-and-effect relationship; the link between the two is an association.

Leigh Chapman, a Toronto nurse who lost her brother to an overdose in August 2015, said that many physicians and medical professionals are required to attend educational talks to keep their licences in good standing. And with over $150 million being handed out by drug companies, there are more questions than answers.

In the U.S., the Physician Payments Sunshine Act requires any transfer of value to a doctor exceeding $10 to be disclosed by law. The information is publicly available and offers details about travel, meals and other payments. In July, the Centers for Medicare and Medicaid Services reported the pharmaceutical industry in the U.S. had disclosed $9.35 billion in payments to physicians and teaching hospitals in 2018.

“You essentially get a taste of the scope and extent of relationships between health professionals and industry,” U of T’s Grundy said.

Grundy said it’s now known that the over-prescribing of highly addictive painkillers contributed to the opioid crisis. Transparency laws, she said, could have helped officials better track the problem and any inappropriate interactions between drug companies and the health-care sector.

“In the early days of these very powerful drugs, there was extensive, systematic, multifaceted marketing campaigns that not only involved payments to physicians for advisory boards and consulting and more formal arrangements, but lots of those little informal interactions,” she said.

Purdue Pharma, the maker of OxyContin, launched an aggressive marketing campaign aimed at promoting the pill, which made the company more than $30 billion in the U.S and Canada, according to lawsuits filed here and in the United States. Health Canada first approved OxyContin in 1996 to relieve moderate to severe pain.

As reports of overdoses exploded across North America in the early 2000s, Purdue began facing questions about the painkiller.

WATCH: A look at how opioid overdoses have risen in Canada

The company is now being sued in almost all 50 states and several provinces in Canada, with the lawsuits alleging Purdue downplayed the risks of addiction to OxyContin while exaggerating its benefits through a “web of illegal deceit.”

Purdue has denied the allegations outlined in U.S. lawsuits and maintained that it marketed its products in accordance with Canadian laws and guidelines.

“The opioids crisis is a complex and multifaceted public health issue that involves both prescription opioids and, increasingly, illegally produced and consumed opioids,” the company said in a statement. “All stakeholders, including the pharmaceutical industry, have a role to play in providing practical and sustainable solutions.”

Other major pharmaceutical companies like Teva Canada and Janssen, which both produce opioid products, do not disclose any information on payments to doctors or hospitals.

Teva Canada did not respond to questions from Global News about why it does not participate in the disclosure program.

A spokesperson for Janssen Canada said the company is assessing the possibility of future participation.

“Because we understand there are plans to advance and evolve the voluntary disclosure of payments initiative, we are continuing to assess the possibility of future participation and how to best ensure any information we disclose is accurate, meaningful and aligned with Canadian privacy legislation,” spokesperson Laura Espinoza said.

How are governments responding?

Last spring, Health Canada announced it was moving to further restrict the marketing of opioids, years after researchers first warned about the issue. As part of the move, the health agency began reviewing evidence of the benefits and harms of the promotional practices, which could lead to additional transparency measures like public disclosure.

However, there are still no concrete plans to pursue greater transparency at the federal level.

“As these matters fall primarily under the purview of the provinces and territories. We’ll work closely with their governments and the medical world towards greater transparency.”

Ontario’s former Liberal government passed transparency legislation in 2017 forcing drug companies to disclose all payments of $10 or more and the names of those paid.

A spokesperson for Ontario Health Minister Christine Elliott did not answer questions from Global News but said in a statement that the government “has not yet made any final decisions related to the proposed regulations contained in the previous government’s legislation.”

Meanwhile, the NDP government in B.C. has looked at similar transparency legislation but has not yet committed to implementing any laws.

“Health-sector payment transparency was also identified as a potential element of a future national pharmacare program by the federal Advisory Council on the Implementation of National Pharmacare,” said a spokesperson for the B.C. Ministry of Health.

“B.C is open to future Canada-wide collaboration on this topic to provide a consistent, national program for patients, health professionals and manufacturers.”