CANADA: Bilingualism on the rise among children 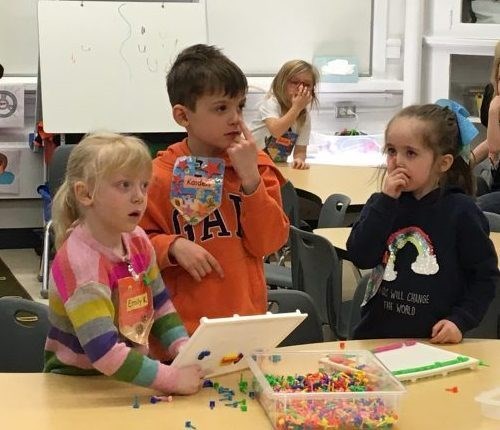 It isn’t often that five year olds get to step into the role of educator, but that’s exactly what happens when five-year-old Orley heads home after kindergarten.

“Do mom and dad speak French?” the little boy is asked.

A smile extends across his face as he replies.

He goes on to count to 20 in French and sing the entirety of Bonjour Mes Amis.

His French immersion teacher Jenny Wondga says this kind of pride is just one of the many benefits of learning a second language.

“It opens their minds. It makes them great communicators.

“They can say things in different ways. It makes them open to different cultures and different backgrounds.”

It’s a sentiment echoed across Canada.

That is no surprise to Pierre-Yves Mocquais, the dean of the University of Alberta’s Campus Saint-Jean. It’s a premier training centre for French teachers in Canada.

“There is a greater and greater interest for French immersion.

“A lot of parents, who themselves have gone through French immersion during the first generation, now want their kids to do the same,” Mocquais explained. “The increase is therefore exponential.”

Mocquais says demand is so high that in spite of doubling the number of French education graduates over the last four years, there still aren’t enough educators to teach French. He believes the issue represents a shift in Canadian culture.

“The generation of the 30-somethings right now are sensitive to that.

“They see it not only as added value for the future but as part of what it is to be Canadian.”

For Wondga, learning French as a child opened education and career opportunities, including a Quebec exchange program in high school and a practicum in France. It also awakened her passion for languages: she is now fluent in five.

“Learning as many languages is beneficial to anybody. It’s a great tool to have.”

Good morning, Timmins!
Feb 22, 2020 6:00 AM
Comments
We welcome your feedback and encourage you to share your thoughts on this story. We ask that you be respectful of others and their points of view, refrain from personal attacks and stay on topic. To learn about our commenting policies and how we moderate, please read our Community Guidelines.