Bodies found at scene of suspicious vehicle fire in Timmins 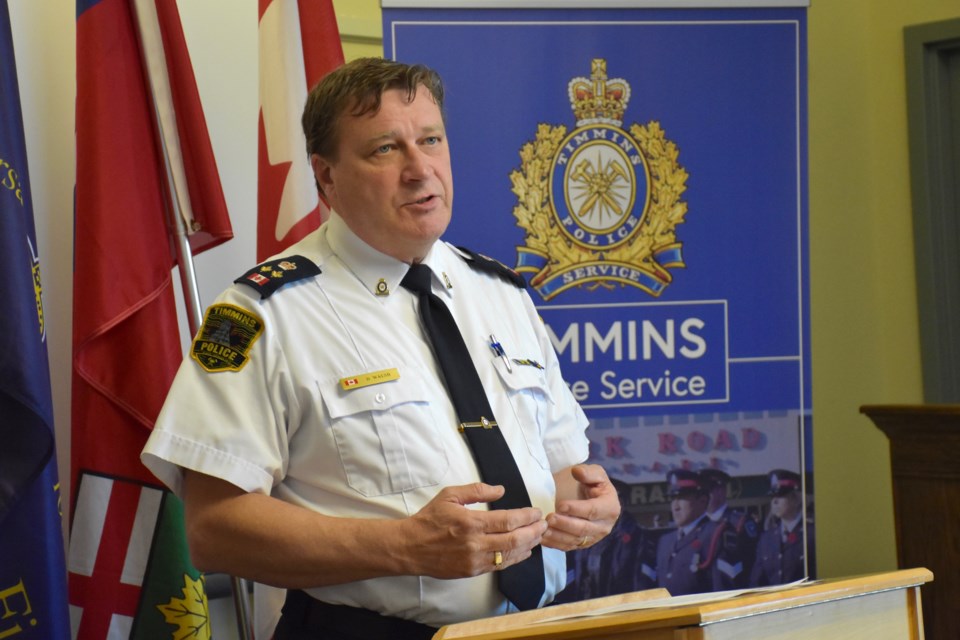 Police are investigating after the remains of what they believe to be four people were found at the scene of a suspicious vehicle fire.

“We view this fire as being suspicious in nature and foul play has not been ruled out,” Walsh said.

“This is an unfolding tragic event for our community and our hearts go out to those who may be affected. However, we can assure our community and the public that we’re devoting whatever resources are required to determine what’s occurred here. We want to state that this incident is believed to be an isolated one and that there is no threat to the safety of the general public.”

Police are asking anyone who may have been in the area leading up to yesterday at 6 p.m. to contact investigators.

“At this point we’re requesting the public’s assistance in regards to information pertaining to any sightings of the vehicle that was involved in this fire, and it is a 2004 Chrysler Intrepid. It’s either blue or green in colour, we can’t really determine the exact colour at this point due to the damage from the fire,” Walsh said.

With the public’s help, police are hoping to get a better timeframe of how long the vehicle had been there before it was reported.

“For instance if you were there on Tuesday and you didn’t see anything on Tuesday, if there was nothing there, we want to know that because once again that’s going to narrow down the timeframe for us,” he said

The age of the victims is not known.

“The scene itself is one where a fire engulfed this particular vehicle and from what we can tell so far the fire was quite intense, so we don’t know. We don’t know whether these individuals were adults or children,” said Walsh. “Until we’re able to have some forensic investigation done with the assistance of the coroner and the fire marshal and so on, we won’t be able to determine that until then.”

While police can’t confirm who the people are, he said they are “leading in that direction.”

Timmins Police are holding the scene, which means Price Road is closed at its intersection with Dalton Road and Pine Street South.

“We don’t want to move or alter any evidence before we have everything properly recorded and secured and noted, and at that time the case manager will make the appropriate determination as to when the vehicle is actually removed from the scene,” Walsh said.

For the investigation, the TPS Criminal Investigation Division is working with the help of the Ontario Provincial Police, Ontario Fire Marshal’s Office and the Office of the Regional Coroner.

Anyone with relevant information can call Timmins Police Service at 705-264-1201 or submit information anonymously by calling Crime Stoppers at 705-268-8477.

Police will provide an update on the investigation tomorrow afternoon.

Police ask for information on mother, father, two teenaged children as investigation into grisly discovery continues (update)
Apr 23, 2018 1:26 PM
Comments
We welcome your feedback and encourage you to share your thoughts on this story. We ask that you be respectful of others and their points of view, refrain from personal attacks and stay on topic. To learn about our commenting policies and how we moderate, please read our Community Guidelines.