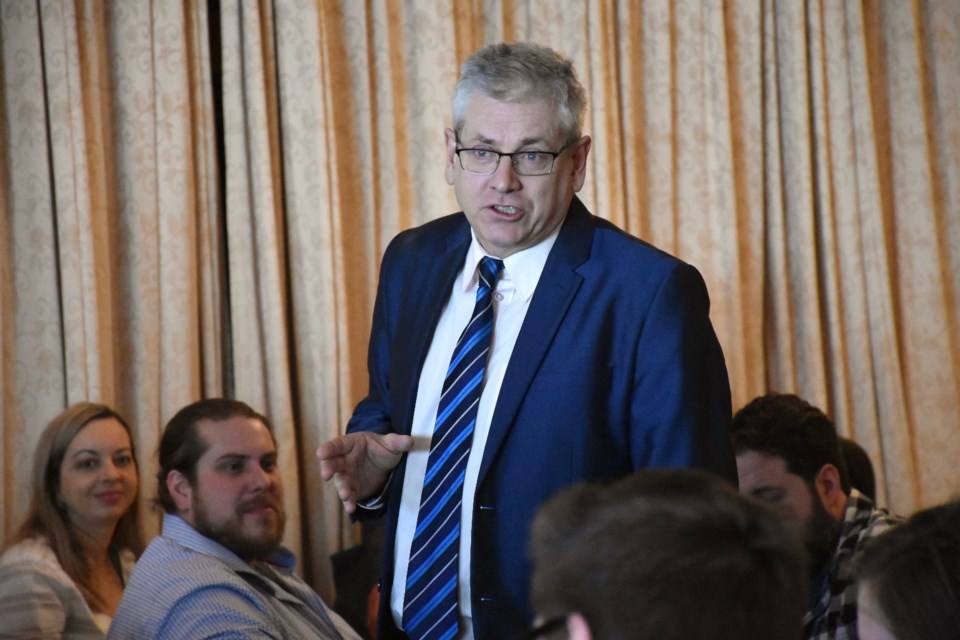 Charlie Angus is seeking re-election this year. He was chosen as the candidate for the Timmins-James Bay NDP Riding Association at a meeting today. Maija Hoggett/TimminsToday

Rallying supporters after being named the riding's federal NDP candidate, Charlie Angus said he has a fire in his belly.

The veteran politician was first elected as the Timmins-James Bay MP in 2004. He was nominated as the candidate for the riding once again at a meeting held today at Siva's Restaurant in Timmins.

Unless the Prime Minister calls an election earlier, Canadians will be heading to the polls Oct. 21.

"To me this election is gonna be about presenting a vision that we can work together, we’re a lot stronger together, our region has always proven to be stronger by working together, and we have to put that out as a coherent response to this kind of constant attack ads and negativity that I think is going to really be the hallmark of the 2019 election,” he said.

The issues being dealt with in the region are the same as what they're dealing with nationally, according to Angus.

In February, Angus will be pushing for the national suicide action plan, which he unveilled about a year ago.

The plan would include the creation of a national public health surveillance program to prevent suicide and identify at-risk groups, commit to the resources needed to respond to suicide prevention priorities, establish a national guideline for best practices, increase media knowledge, establish national standards for training people engaged in suicide prevention work, and more.

"This shouldn’t be a partisan thing, who wouldn’t want to support a national suicide action plan? But we’ve seen out of the Timmins-James Bay area the strong need for mental health services to prevent suicide, so a lot of what we’re dealing with locally, I will be dealing with nationally,” he said.