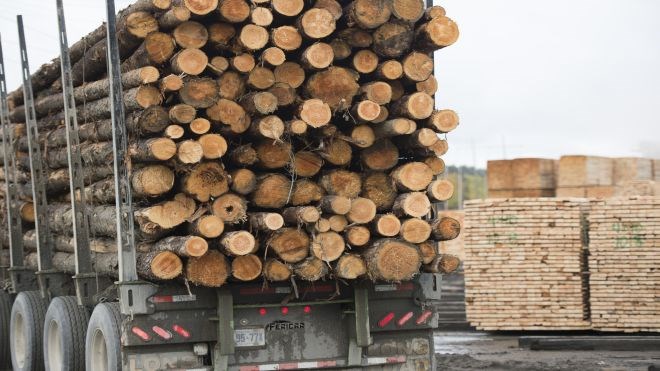 The Kapuskasing operation includes a newsprint mill. The Québec operations involved in Béarn and La Sarre.

Collectively, those mills produced 604-million board feet in 2020. According to an April 12 news release from GreenFirst, these operations are capable of producing a wide range of forest products including dimensional lumber, wood chips and by-products used in residential and commercial construction.

The deal is expected to close sometime during the second half of this year subject to regulatory approvals and the transfer of forestry licences.

Rayonier had acquired the mill assets of Tembec in 2017.

The company changed its name to GreenFirst last January as part of its strategy to "pursue new pure-play lumber investments," according to CEO Larry Swets.

The Kenora stud mill is currently closed with plans to re-open.

On GreenFirst's management team is director Rick Doman, a veteran 45-year lumberman, who founded EACOM and served as its president and CEO.

“This represents a large step forward to our previously announced strategy of building GreenFirst as focused on lumber, newsprint and forestry investments. We are excited to be expanding our manufacturing footprint through this investment and to beginning a new chapter with all of Rayonier Advanced Materials’ sawmill and forestry employees in Ontario and Québec.”

Rayonier president-CEO Paul G. Boynton called this a divestiture of "non-core assets," that frees them up to invest in their "core High Purity Cellulose assets and its biofuture while also reducing overall debt. Rayonier considers themselves a world leader in advanced fibre-based forest products in the area of high purity cellulose specialties, a natural polymer commonly found in filters, food, pharmaceuticals and other industrial applications.

"Through our ongoing ownership in GreenFirst, we expect to participate in further upside while maintaining optionality to monetize at an appropriate time."

Rayonier employs 4,000 at plants in Montreal and Temiscaming, Que.; the U.S. and France.

One-time grant available for tourism, travel businesses
May 17, 2021 9:27 AM
Comments