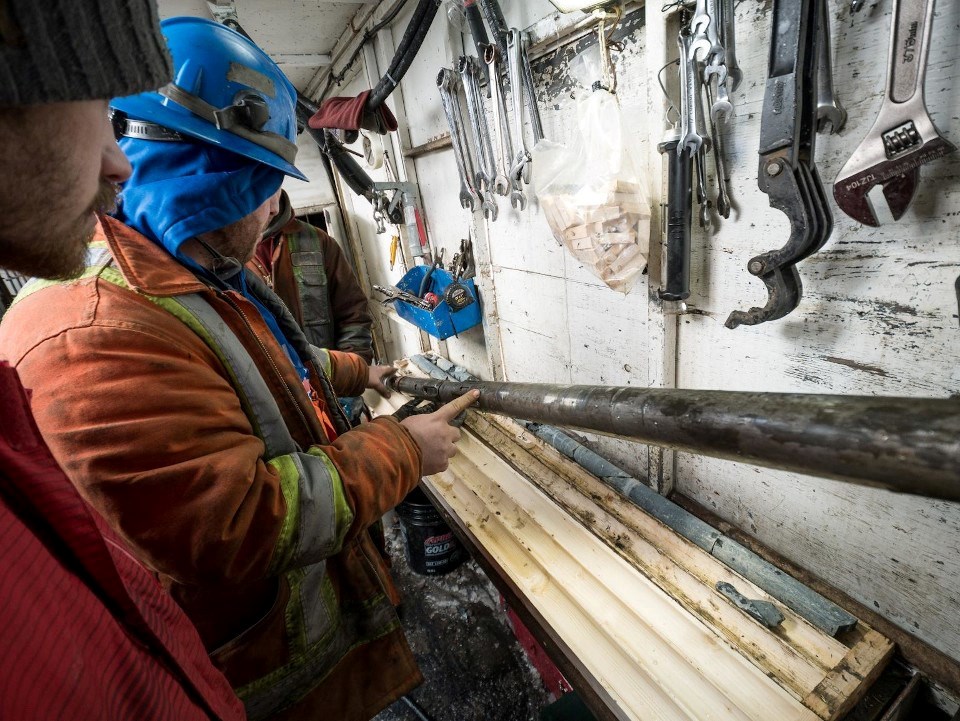 Moneta Porcupine Mines is establishing itself as a gold kingpin in northeastern Ontario.

The Toronto junior miner is acquiring a neighbouring Matheson-area gold property with open-pit potential from O3 Mining and is teaming up O3 to create a mine development partnership with district-scale possibilities.

Moneta is acquiring the Garrison Project from O3 in a share purchase agreement that O3 president-CEO José Vizquerra said in a video post this morning is valued at $48 million.

The two mining companies are heralding the creation of an expanded gold project, dubbed Tower Gold, which currently holds more than 8.4 million ounces in the indicated and inferred categories, spread over 70,000 hectares.

The prized 18,200-hectare Garrison Project will be grafted onto Moneta's Golden Highway Project and a growing stable of deposits there.

Geologically speaking, Garrison is situated along the Porcupine-Destor break, home to some of the higher grade deposits in the Abitibi Greenstone Belt. O3 Mining originally acquired Garrison from Metals Creek Resources in November 2019.

Exploration drilling is ongoing and the gold resource is only expected to grow, but the combined properties could put two open-pit and two underground mines into production at this stage.

"We see this as a major combination of two very high-class assets with excellent upside and growth potential," said Moneta CEO Gary O'Connor in a Jan. 14 conference call.

"This will create one of the largest undeveloped gold mining projects in North America."

The "new Moneta" is increasing its physical footprint by 73 per cent in becoming one of the largest land positions in the Timmins-Kirkland Lake gold camp.
At the closing of the transaction, at a date to be determined, O3 will be Moneta's largest shareholder at 33 per cent.

Vizquerra said this combination has been a very well thought-out process that's involved 18 months of due diligence of reviewing each other's data and considering the synergies of the partnership.

He called it an "exceptional opportunity" to consolidate the ground into one large package with a 10-kilometre strike length of gold mineralization between the two properties.

The two deposits are five kilometres apart, with a plenty of ground in between to explore.

In handling the Garrison Project to Moneta, O3 can turn its attention to western Québec, where it's running a 150,000-metre drilling program with 12 rigs on its Marban and Alpha gold properties.

Just before Christmas, O3 posted a preliminary economic assessment for Garrison outlining the potential for an open-pit mine with a projected life of 12 years.
Across the property line to the east, Moneta's Golden Highway Project outlined an open pit for its Southwest Deposit with an indicated and inferred gold resource of close to 5.5 million ounces of gold.

Based on the current gold resource, the consolidated properties have the potential to produce between 350,000 and 400,000 ounces of gold per year.

"This project will continue to grow," said O'Connor. "We see the ability to combine these into one project that has significant economic upside."

What could help the overall project economics is that the two deposits could be served by one processing mill and other common buildings with a combined tailings storage area, thus significantly lowering capital costs.

A key driver to this deal, according to O'Connor, is an "excellent starter pit" at Garrison, containing more than a million ounces with more than a gram per tonne of gold.

Conceivably, this pit could be put in operation first while they augment and develop their other deposits.

O'Connor said Moneta is fully cashed up to complete its current 30,000-metre drill program to test gold extensions, including follow-up on a gold discovery at its Westaway prospect.

Queued up for 2021 is an even larger 40,000-metre program. Moneta announced today it's looking to raise $20 million to do infill drilling on its pit, to drill the Garrison and its Windjammer South deposit, to perform metallurgical test work, and check out some high-grade targets.

O'Connor said to expect a steady flow of news this year and next with more resource updates, and at some point the launch of a new and expanded preliminary economic assessment across the entire property.

Both O3 and Moneta have exploration agreements with the nearby Wahgoshig First Nation. O'Connor said the community does a lot of contract work for them and they are "very much in step" with both companies as they look to nurture the relationship.

Federal funds will help teach kids about where their food comes from
Mar 4, 2021 8:00 AM
Comments