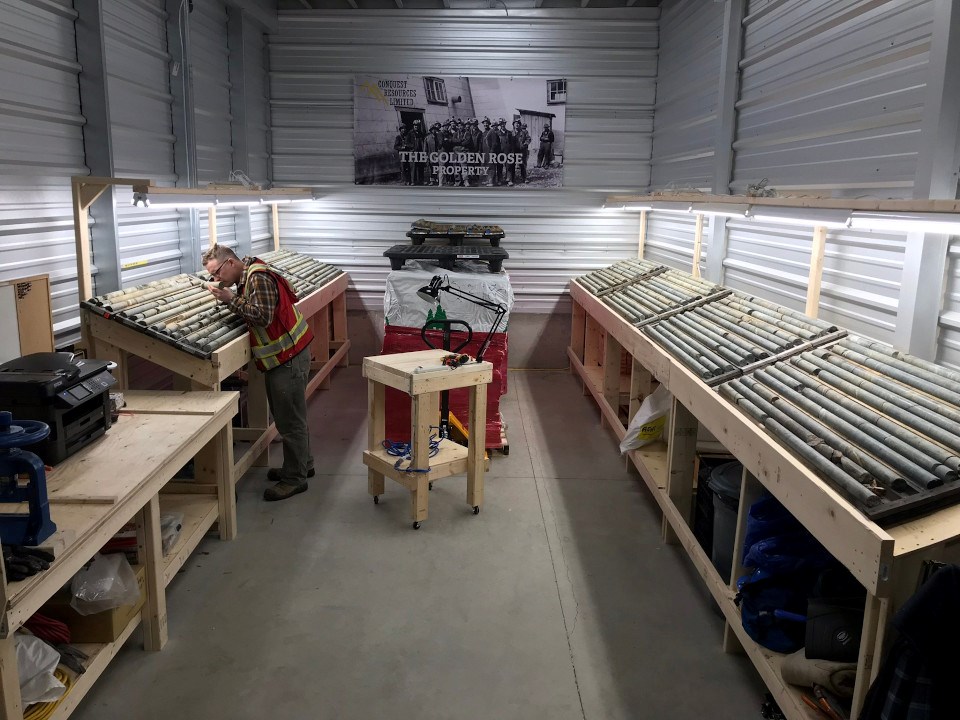 A Toronto gold exploration outfit has enlarged its footprint, north of Sturgeon Falls, as a fall drilling program gets underway.

Conquest Resources has picked up an extra 10,000 hectares of mining claims around its Golden Rose Mine Project at Emerald Lake in northeastern Ontario.

The company announced the completion of its acquistion of Canadian Continental Exploration on Oct. 16 after final approval was given from the Toronto Stock Exchange. The two parties had inked a conditional agreement last July.

The whole area is underlain by Abitibi greenstone geology that's considered highly prospective for precious and base metals.

Conquest's focus is the former Golden Rose Mine, which operated intermittently between 1915 and 1988, producing 52,000 ounces. Conquest acquired the project in December 2017.

In a release, Conquest said the Golden Rose property was only drilled to relatively shallow depths, compared to most modern mines. But there's known gold mineralization within quartz carbonate veins hosted in an iron formation which appears open on strike and at depth.

Also in the queue are upcoming airborne electromagnetic surveys to check out places that show indications of potential volcanogenic massive sulfides and Sudbury-style high-grade copper, nickel and platinium group metal deposits, similar to those mined at the nearby Copperfields Mine on Temagami Island in the 1950s and 1960s.

Someone who's familiar with this ground will be leading the way forward.

Thomas Obradovich has been selected as Conquest's new president-CEO, replacing Robert Kinloch, who remains as a company director.

“Tom was president of Canadian Continental Exploration Corp, the private company recently acquired by Conquest," said Conquest chairman John Kearney in a statement, "and was responsible for assembling the large mineral claim package surrounding Conquest’s Golden Rose property. He will be resigning as executive chairman of Talisker Resources Ltd to focus on Conquest.”

The graduate of the Haileybury School of Mines has 40 years of experience in mineral exploration, development, financing, mergers and acquisitions.

Conquest has two other gold exploration projects in Northern Ontario with its Alexander property, sitting on Red Lake's 'Mine Trend," east of Evolution Mining (formerly Goldcorp’s) Red Lake complex, and its Smith Lake property, a bunch of patented and staked claims arrayed around the former Renabie Gold Mine near Wawa.